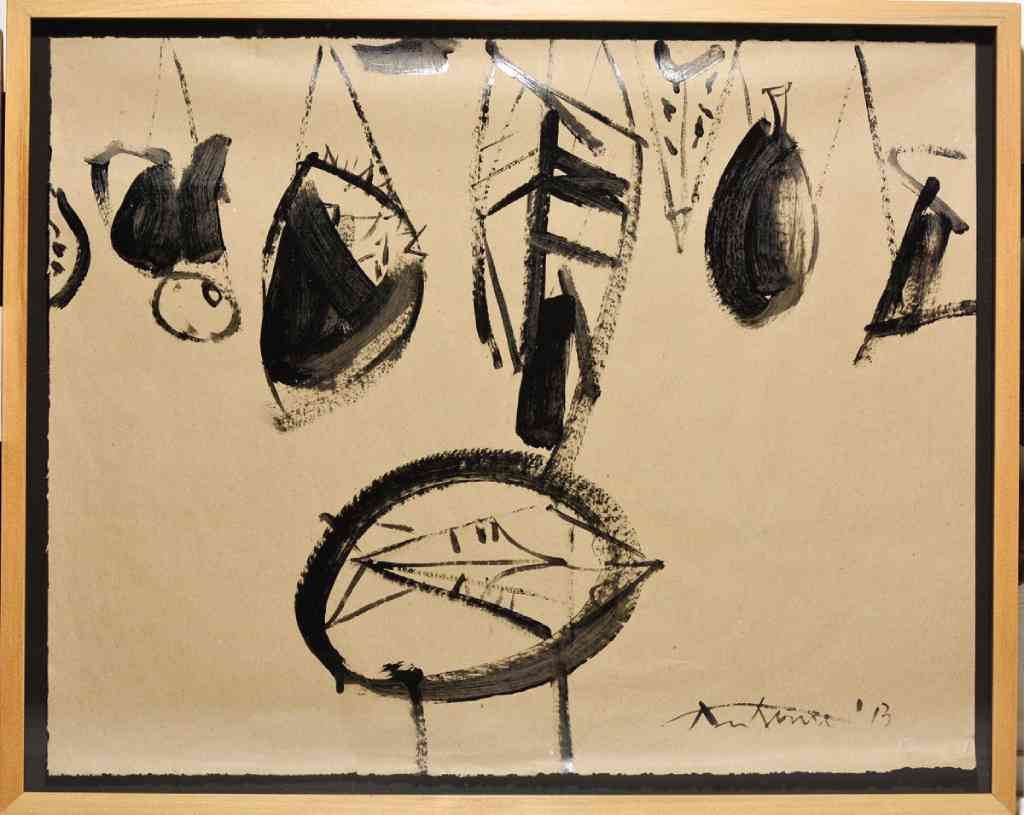 Black and white recalls the visuals of print, the medium with which words race across pages to concretely communicate one’s thoughts.

In the language of art, however, black and white is typically used to make an impulse visible.  As  a streak or a gash, black drives the point home, while leaving room to risk an idea.  These  are also the colors that Maestro Angelito Antonio has chosen for his new series of works on paper, now exhibited at the Liongoren Gallery until Nov. 30.

Associated with a wave of Filipino painters that followed in the footsteps of Vicente Manansala and Galo Ocampo,   Antonio was part of the first batch of Thirteen Artists awardees of the Cultural Center of the Philippines. He has been labeled both a modernist and an expressionist, successfully crafting an aesthetic that has allowed him to maintain his practice for over 50 years, exhibiting both here and abroad. 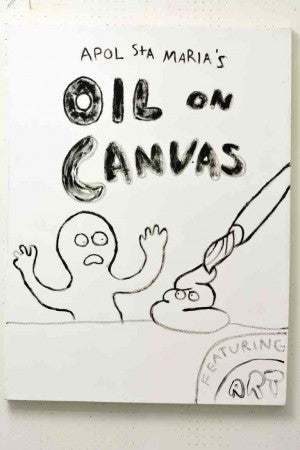 This new series is a continuation of the pieces on  craft paper he exhibited earlier this year for “Pares-Pares,” group show featuring works of  seven pairs of artist couples  also at Liongoren.  Similar to sketches, this series treads between the abstract and the calligraphic; lending themselves more easily to storytelling, without fully abandoning the folk  themes of his earlier pieces.  Taking the aggression and dynamism of his expressionist tendencies a step further, they can be seen to mark a turning point in for Antonio, making it clear that he has earned the confidence to show work that runs closer to the bone.

It  muses how a hitherto pencil-rendered comic book character who is also an artist finds himself transposed as and working on oil on canvas, hence the exhibit title. His metacognition allows for humorous as well as reflective stances on the crafting of the fine arts and comics. The exhibit runs until the end of the month.

Sta. Maria is the creator of the comic book “Ang Alamat ng Panget & Many Others.” It  self-published in 2009 after the artist’s two-year stint as an overseas Filipino worker art director in Vietnam. Like the works in his present exhibit, the comics may be mistaken as a coloring book with its basic outline and eschewal color and background details. The doodle-like quality, as well as the “scary but cute” characters, adds to the immediacy, if not humor, of the message.

Sta. Maria was a prize winner in the Neil Gaiman in Manila art contest for his “Coraline & the Other Mother” in 2005. He also illustrated former Eraserheads member Marcus Adoro’s book “Greems” and designed Kate Torralba’s “Long Overdue” album. He graduated from the University of the Philippines  College of Fine Arts in 2004 and is presently an associate creative director at JWT Manila.