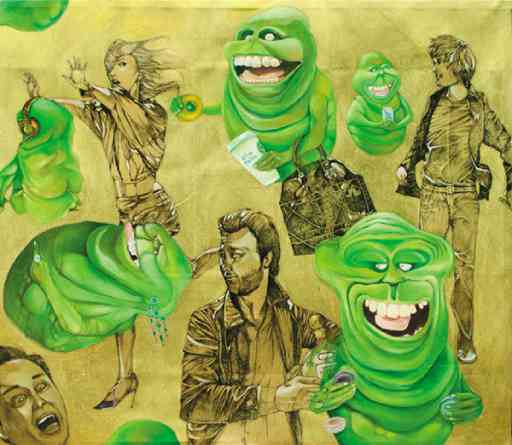 A motley crew of 11 artists, all displaying varied styles and different  mediums, has decided to put up an exhibit to explore the multiplicity of contemporary arts.

Billed as  a gathering of some of the finest in Philippine contemporary art in Mindanao, the exhibit will showcase the works of both established and emerging artists who have tried to define the landscape of the ever-evolving contemporary arts.

The exhibit, organized and curated by One Manila Gallery (OMG), will open on Dec. 4 at the VIP Hotel in Cagayan de Oro City. It will run until Dec. 14.

“We thought of putting up this exhibit primarily because we feel there’s relatively very little convergence of artists happening south of the country,” said Job Pagsibigan, vice president for sales and marketing of OMG. “Artists from all over [the Philippines] do meet but their venue is always in Manila.  This time, we wanted to bring the NCR-based practitioners—who themselves are originally from elsewhere—to join their comrades in Mindanao.”

Pagsibigan said he hoped the exhibit would start a long-term advocacy of touring the country and meeting Filipino world-class artists from all corners of the Philippines and their patrons as well.

“I think if there were enough number of galleries that will do this, we can outpace the rate of foreign influences pouring into the homes and museums of local collectors,” he said. “These influences are not bad, but we have to make those originally by Filipinos  the dominant style among local stakeholders. Otherwise, how else can we intensify selling abroad if we’re only rip-offs of what foreigners export to us?”

Pallon’s “Daughters of the Sea” is an oil-on-canvas painting that features two mythical women who are half-human and half-octopus. It uses a rich hue of red and orange set against a bluish-green background.

A pen-and-ink on paper, “Eros Waking Psyche with the Arrow of Desire” is Austria’s rendition of the story in  classical mythology using heavy shades of black.

Ukiyo-e is a type of woodblock print and painting that flourished in Japan from the 17th to 19th centuries.