We can save historic buildings by ‘repurposing’ them | Inquirer Lifestyle ❮ ❯ 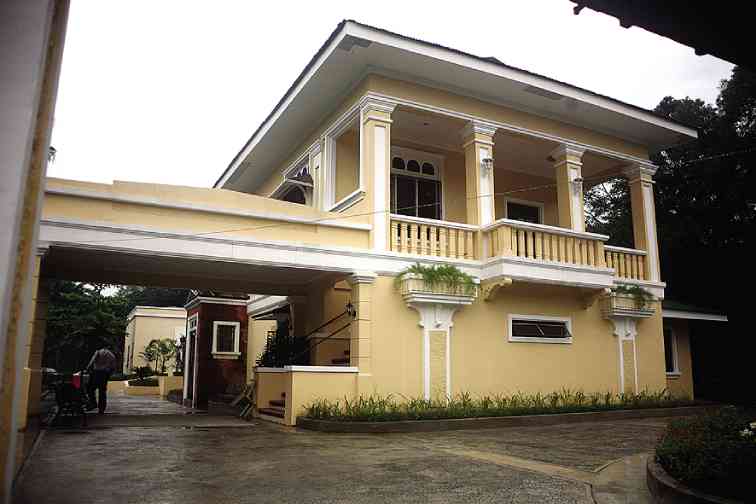 We can save historic buildings by ‘repurposing’ them

With heartbreak of the Jai Alai building’s demolition a decade ago still fresh in their minds, heritage conservationists are hoping that the Philippines would finally take on the global wave of adaptive reuse of old buildings and houses, instead of leaving them to the mercy of the wrecking ball.

“We hope it becomes a trend, a byword in real estate.  We cannot stress enough the environmental benefits of adaptive reuse,” said Ivan Anthony Henares, president of the Heritage Conservation Society (HCS).

These days, HCS members have become jittery over reports that the Capitol Theater, an 80-year-old Art Deco gem on once-chic Escolta Street in Manila, will soon be demolished to give way to a residential condominium.

The group believes that rather than tearing it down, the National Commission for Culture and the Arts should even protect Capitol Theater, since it was designed by National Artist Juan Nakpil.

During its heyday, Capitol Theater boasted of a softly curving staircase; it was a first-class movie house with balcony seats.

Henares lamented that while other Southeast Asian countries were already engrossed in efforts to modernize and preserve their old establishments, the demolition of old buildings, especially those steeped in history, was still commonplace here.

Henares insisted demolition was a “wasteful process” that should not even be an option when owners of old buildings considered the utilization of their real estate.

The HCS hosted the Heritage Conservation Summit 2013 in Quezon City last week, the second such event to be organized, where representatives from real estate, architecture and cultural interest groups gathered to discuss how to reconcile heritage conservation and real estate development.

The haunting trauma of the demolition of the Jai Alai building along Taft Avenue, Manila, in 2000 was obvious during the talk.

“There is a lingering perception that heritage is an elitist concern when the participation of local government units (LGUs) in advocacy is important,” said HCS chair Gemma Cruz-Araneta in her welcome message.

At that time, heritage conservationists fought tooth and nail with then Manila Mayor Lito Atienza following his decision to demolish the Jai Alai building—decrepit, abandoned, but clearly still an Art Deco treasure—to make way for a spanking new office for the numerous branches of the city’s regional trial court.

Atienza eventually had his way and had the building torn down.  However, no new building stands in its place until now.

Adding insult to injury, Manila officials later proposed the demolition of yet another Art Deco structure, the old GSIS building along Arroceros Street, a stone’s throw away from City Hall. HCS said it was a good thing that the Supreme Court stopped the plan.

“If the nation forgets who we are, we cannot reach our destination. Other Asean countries are already immersed in efforts to modernize and preserve their old buildings. HCS believes old buildings could be reused. The Jai Alai’s pelota court could have been a grand courtroom with the bleachers section as the gallery,” Henares said.

The wasted opportunity, he added, is the driving force behind the HCS’s focus on “rescuing” the old GSIS building.

Meanwhile, the Quezon-Avanceña House in New Manila is way luckier than the Jai Alai building.

In his keynote address, Bautista recalled that financial difficulties and a family emergency pushed the Quezon heirs to consider selling the entire property for P200 million.

But there was also talk of demolishing the structure that was built in the 1920s as a model unit in the Neoclassical style that the late President Manuel Quezon received as a gift from Magdalene Hashim Hemady, daughter of the visionary who developed New Manila.

Realizing the significance of the house, Bautista assigned Vice Mayor Joy Belmonte to “negotiate” with the heirs until both parties agreed to physically relocate President Quezon’s rest house inside his namesake memorial circle.

It is now a museum dedicated to Quezon and his wife Aurora.

Relocation of the entire mansion may have saved the historic mansion, but heritage-structure expert Erik Akpedonu warned that the transfer to another venue also diminished its cultural value. 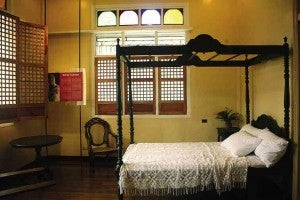 The local community of New Manila, haven of the old rich decades before, “lost part of its identity and history” with the mansion gone, he said.

Akpedonu, who has done extensive surveys of historic Filipino architecture in Bohol,  said the mansion, while safely ensconced in the park, “has been placed out of its original historic context… There is something missing.”

Bautista said he would rather not encounter a repeat of the experience.  “Basta, hindi kami mag-i-issue ng demolition permit at building permit para hindi makapagtayo ng bago,” he said only half-jokingly.

Ivan Homer Man Dy, HCS treasurer, observed that real-estate developers tend to consider heritage “as a threat… when it can actually be an advantage in development.”

Henares agreed.  The city of Vigan in Ilocos Sur has proven that “heritage can increase real-estate property values,” he noted.

Henares said that until 2007, when Unesco included Vigan in its list of World Heritage Sites, many of the old houses and buildings there were “decaying and falling apart since 30 years ago.”

Contrary to common real-estate perception, the Unesco declaration was like a shot in the arm that caused property prices to skyrocket in that fourth-class city.

“Vigan is the prime example of how real estate could get expensive,” Henares concluded.

Rene Luis Mata, member of the Guru Council of the HCS executive board, said conservationists are armed with the 2009 National Cultural Heritage Act  that provides for the reuse of old buildings for present purposes and the “reinvention of old buildings.”

“Old buildings could accommodate new functions and have a socially useful purpose.  They can have a projected use compatible with history and architectural integrity,” said Mata, vice president of the International Committee for Monuments and Sites (Icomos) Philippines.

He noted that the Starbucks branch in front of the Bureau of Immigration building is a fine example of “saving [a structure with] historic and aesthetic value” to fit contemporary standards.

Mata said the popular coffee chain did not tamper with the original architecture built during the Spanish times.  Instead, the idle space was repurposed to create a cozy ambience while maintaining its character.

During an open forum, Mata kept using the word “respect” in describing how to deal with old buildings.

He mentioned the group of buildings housed in the campus of the De La Salle University (DLSU) on Taft Avenue, Manila, as an example of “buildings [that] do not speak or connect with each other at all… There has to be continuous dialogue between old and new.”

The campus, built in 1921, is now an amalgam of the buildings that stood as silent witnesses to the horrors of the Battle of Manila with new structures named after wealthy patrons scattered about.

“The campus’ old charm is no longer visible from Taft,” he complained.

Mata insisted he has nothing against the construction of new buildings to accommodate a growing number of students and needs.

“But respect naman the old [structures].  There must be a master plan,” he trailed off.

On the other hand, Mata said a few blocks away from the DLSU campus is a “success story” of how the repurposing of an old house can enhance a business.

Becky’s Kitchen at the corner of P. Ocampo and Bautista Streets in Singalong, Manila,  is a quaint little bakeshop with heavy customer traffic.

A quick survey would show that the owners took pains to preserve the original façade of a typical mid-20th-century residence. Many of its patrons say the charm of the old house is one of the reasons they delight in coming over for cakes and pastries.

Mata also hailed the Fule-Malvar mansion in San Pablo, Laguna, that was converted into an office, and the Tabacalera warehouse in Ilocos Norte that now serves as a museum, as other examples of respectful reinvention.

During the conference, HCS also lauded efforts of architect Dom Galicia to resurrect the old Department of Tourism building along T.M. Kalaw Street and revive it as the Museum of Natural History.

Galicia said the plan was to keep the building’s bones intact while building new structures that would adapt to the original architecture.

One highlight would be the DNA Tree of Life canopy that would be built in the open space inside the building, he said.

Henares made several recommendations on how big business and heritage could come together. These include:

Making heritage part of a business’ corporate social responsibility program and including conservation in corporate thrusts;

Encouraging businesses to adopt heritage sites and fund their restoration by providing them tax incentives;

Crafting laws to include heritage in real-estate development.

Henares said that among all the provinces, so far, only Pampanga has lifted real-estate tax obligations for heritage.

“But more than providing incentives to heritage home owners, we should also lobby for Congress to enact an adaptive reuse law.  Also, there is a need to search for new homes to be preserved.  Mindanao, for example, has been neglected when it comes to heritage declarations,” he noted.

Jeremy Barnes, National Museum director, urged stakeholders to focus their energies on encouraging LGUs “to take the lead since they have power to lift property taxes.”

Liliane “Tats” Manahan said conservationists should also get the community hosting heritage interested. “Community is important since it gives pride of place,” she explained.

Manahan said her experience in participating in the restoration of the Sta. Ana Church showed “how community can be supportive” if it is involved in efforts to preserve history.