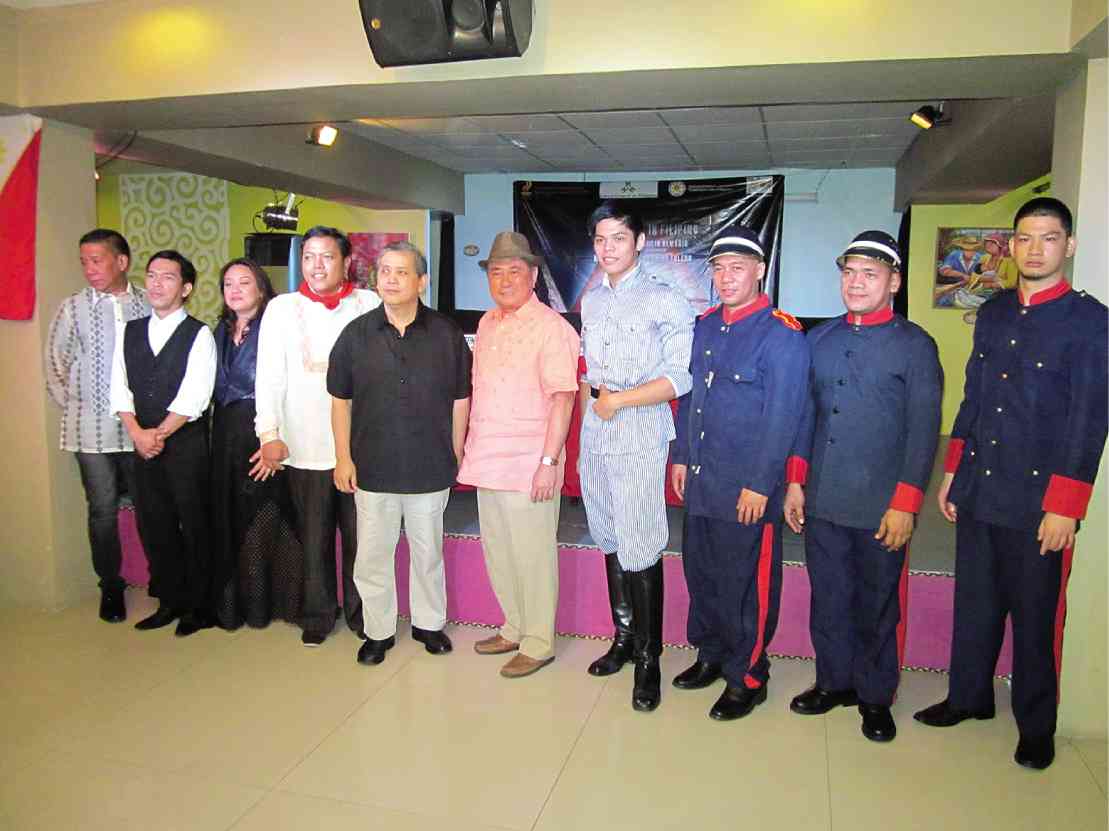 Chino Toledo’s new opera on Bonifacio: Like a ‘telenovela’

It is not a rock or a pop opera,” composer Josefino (Chino) Toledo states categorically. “It’s a new opera, it’s a serious… well, it’s an opera!” He laughs.

Toledo, conductor of the Metro Manila Concert Orchestra (MMCO) and a noted composer known for his modern compositions, is referring to his latest work, “San Andres B.,” about the national hero Andres Bonifacio, based on a libretto by National Artist for Literature Virgilio Almario (Rio Alma).

This was announced during a press conference  at  Mabuhay Restop in Rizal Park, Manila, sponsored by the National Commission for Culture and the Arts. Excerpts from the opera were presented.

Rizal and the Supremo

The two heroes actually never met, but in this work they have a duet of confrontation on how best to achieve their aims: reform and education, or revolution?

In an interview at the Erehwon Center for the Arts in Quezon City, the MMCO’s new home, Toledo said the process began last year when Almario turned over the libretto to him. The opera was to be presented this year, being Bonifacio’s 150th birth anniversary. And, at that, Nov. 30 being Bonifacio Day.

“As always in composition there’s a pre-compositional decision you have to make,” says the composer. “It took a while, thinking about it, studying the libretto, deciding what kind of expression I’m going to use. Do I need to create another musical language for this, the structure, or do I need to go to the older form of opera?”

After analyzing the libretto, he decided he would “ extract and create some opera convention, song forms used by older operas like in Verdi.” The result, though, may not be as melodic as Verdi or Puccini.

Toledo was also confronted by thematic material like “Mahirap maging bayani o santo” (It’s hard to be a hero or saint). This is sung first by Gregoria, then by the siblings of Bonifacio, and also by Jacinto. The text is different with the latter, and there’s a version for secondary characters.

“I was able to create a passacaglia, a variation form,” he says.

There are secondary characters such as the four beggars (Apat na Pulubi) and the three Marias (Las Tres Marias); plus music by a vocal ensemble and a chamber orchestra, both trained by Toledo, the 21-piece Grupo 20/21 and the 16-member Auit Chamber Vocal Ensemble.

“Their function is to specialize in and perform the music of the 20th and 21st centuries,” says the composer. “All the forms of the two centuries, whether it be acceptable music, high-art music, lahat (all)…”

Toledo did not find it hard to set the text to music.

“There are parts which are  really intended for songs and arias,” he notes. “The structure is loose and there’s some nice poetry, so even if his (the poet’s) intention is spoken, nilagyan ko nang music (I set it to music).”

Toledo made use of musical devices, what he calls parlato-dramatico: “recitative (spoken), short melodic lines, tone, one tone, and then after it becomes spoken, and then tone again, song, I mean short melodic lines. Most of the time that is the structure of my recitativo. With the aria baligtad  (in reverse). It starts spoken then goes to the aria, and then a spoken line again.”

Toledo concludes: ”This makes it more understandable to the audience. I think it will be successful. The effect is parang (like a) telenovela.”