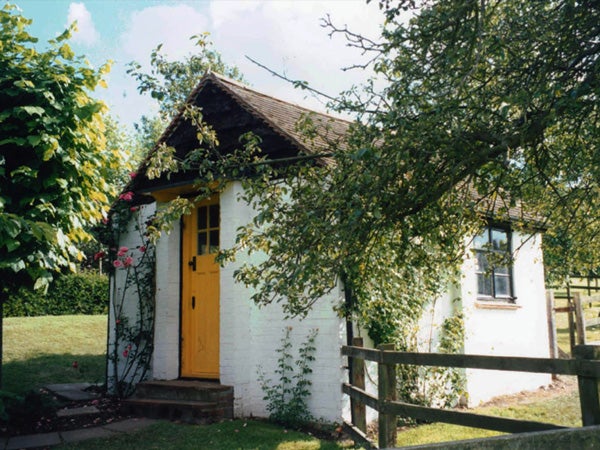 London — The family of Roald Dahl is trying to raise the funds to preserve a hut in which the late writer wrote tales of big friendly giants, fantastic foxes and magical chocolate factories

Relatives plan to move the interior of the structure from the backyard of Dahl’s former house in the village of Great Missenden, northwest of London, to the nearby Roald Dahl Museum.

Dahl called the shed, where he worked daily, “my little nest.” Its contents include his chair, writing board and notepads, along with an eclectic array of objects including the writer’s own hip bone.

Visitors can currently see its exterior in the garden of the house, where Dahl’s widow Felicity still lives, but the interior is off-limits.

“It’s an icon,” she told the BBC. “In this humble place, magic was created.”

But some people have balked at spending so much money on a shed and suggested royalties from Dahl’s best-selling books could cover the cost.

Writer Misha Glenny was one of many to gently poke fun at the campaign on Tuesday. He tweeted: “Stella McCartney to appeal to taxpayers for money to restring her father’s Hofner bass guitar.”

But Dahl’s granddaughter said work to preserve the contents of the weather-beaten shed was a major task and had to be done “very, very carefully, step by step, almost in an archaeological way.”

Amelia Foster, director of the Roald Dahl museum, said the Dahl family had made a “very significant financial contribution” to the project, and stressed that the campaign would seek funds from charitable trusts rather than members of the public.

“The hut is part of our national heritage and we also hope that individual philanthropists will want to play a part in securing its future — for everyone to enjoy,” she said.

Tuesday would have been the 95th birthday of the author of “The BFG,” ”Fantastic Mr. Fox,” ”Charlie and the Chocolate Factory,” and “James and the Giant Peach” and is celebrated as Roald Dahl Day by his fans.