Around the Philippines through the ‘lechon liempo’ | Inquirer Lifestyle ❮ ❯ 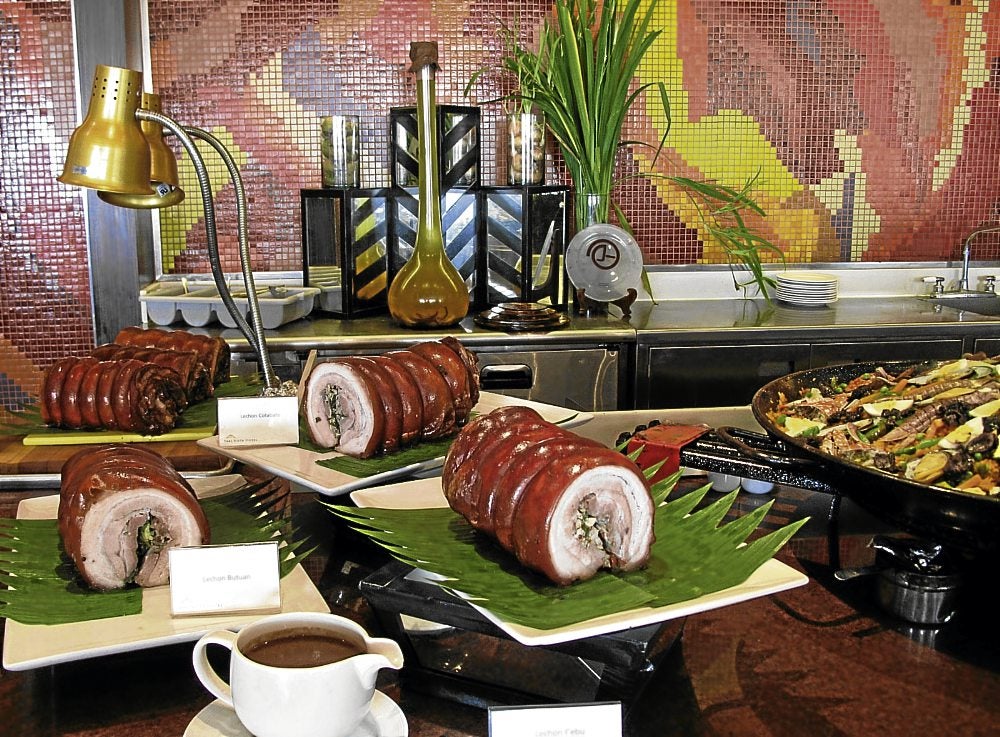 Around the Philippines through the ‘lechon liempo’ 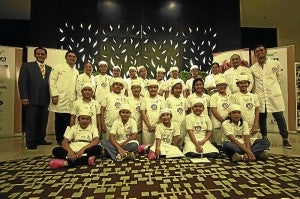 Former Malacañang chef Babes Austria, now of Taal Vista, shows her mastery of the different regional takes on the high and mighty ‘lechon’

Finally, I was able to take that long-awaited trip to Taal Vista Hotel upon chef Babes Austria’s invitation.

With the Adobo Queen herself, Nancy Reyes Lumen, and chefs J. Gamboa, James Antolin and Sau del Rosario, I judged the Junior Chefs Cup Challenge 2011 at Taal Vista, a culinary competition for children 8-12 years of age, from 16 different schools in Metro Manila and the Calabarzon (Cavite-Laguna-Batangas-Rizal-Quezon) area.

A total of 335 students participated in the culinary aptitude exam and only 31 students with an 80 percent score qualified for the competition.

What sets this competition apart is that the proceeds of the event will go to Brave Kids, a foundation ministering to kids fighting cancer.

After a very busy day, cooking for the cocktails and attending to every single detail, chef Babes headed back to the kitchen to marinate her lechon.

Being the moving spirit behind the affair, Austria felt that such a special event deserved a sprinkling of culinary masterpieces. So, she went all out and did her lechon four ways!

Few people have dissected the Filipino favorite as much as this chef has. She’s been all over the Philippines, perfecting the recipe from every province that has a unique interpretation of it; trying to come as close to the original as possible, adjusting it as she deems fit and, oftentimes, whipping up a more polished rendition.

Rightfully so, she was after all, Malacañang chef during the administration of Gloria Macapagal-Arroyo. It is only but right that she prepares our lechon to perfection.  And perhaps it was her Malacañang stint that deepened her desire to really master native dishes.

Austria’s version, is made from the most flavorful part of the pig, it’s belly. A whole boneless slab of liempo, marinated overnight, rolled, tied and roasted.

For her Lechon Cebu, she laid a whole 8-kg pork belly slab, meat side up. She then rubbed it generously with soy sauce, combined with 350 g onion leeks, chopped, and ¼ c black peppercorns. She then sprinkled ½ c rock salt and put a whole leek in the center. The slab was rolled, marinated overnight and roasted in the oven until golden.

Lechon Tagalog was done exactly the same as Cebu, but instead of soy, she rubbed it with patis combined with 250 g banana leaves, chopped, ½ c sampaloc leaves and florets then sprinkled with ½ c rock salt.

Come lunchtime the following day, the liempos were all in a row, beautifully paraded, in their full, crisp, golden brown glory. Each pork variant had its own distinct character and flavor, all equally good.

Without a doubt, lechon still remains the star of any buffet, with the longest line of loyal followers.

Certainly, a lot changed and is still changing at Taal Vista Hotel under the reigns of chef Babes, whose love for our native cuisine, her desire to bring it to new heights and whose dedication to the craft has been not just a blessing for all of us who know her but, of late, has been instrumental in the fulfillment of young culinary dreams.

The children are a sight to see, a joy to watch. Many adults cannot even cook half as well or come up with dishes as tasty as these little hands do.

At such a tender age they cook with much heart and unwavering confidence! 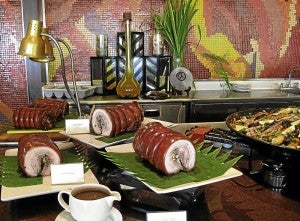 There was one spirited child who caught our attention, Nicole Mae David. Throughout the competition, while she was cooking, she kept dancing, nonstop. Her energy was infectious.

I asked her, why do you dance while cooking, Nicole? “Because when you dance, your food smiles at you!”

Indeed, her food smiled at us, and so did all the dishes of the 31 children, who so bravely took the challenge.

They came, they cooked and they conquered, not just our palates but our hearts…

If you wish to watch kids cooking for kids, the competition is on all Sundays of September at 1 p.m. Finals will be on the 25th.

But before watching the competition, do not forget to savor the flavors of the Philippines rolled in a succulent slab of lechong liempo.