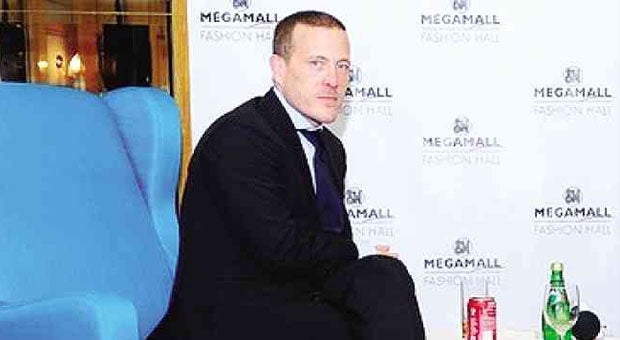 Scott Schuman made a name from taking photos. Unlike the rest of this selfie generation, however, you won’t find the man better known as The Sartorialist turning the camera lens on his mug: He finds selfies both perplexing and challenging.

“I can’t take selfies. I’m not good at it, I wish I was,” said the famous street-style photographer-blogger one evening last week, on a whirlwind trip to Manila.

“I can’t say I’ve really tried, but I watch my 11-year-old daughter… I’m jealous, I wish I could. They say, just practice. It hasn’t dawned on me to practice doing a selfie. It doesn’t work for me.”

Schuman, who was here to shoot local fashionistas for SM Megamall’s campaign launching its Mega Fashion Hall, added, however, that while technology has made selfies part of everyday reality in  social media, he doesn’t see this to be a new phenomenon.

“I don’t know if it’s such a new thing,” he said. “One of the first guys to really do selfies would be Van Gogh or Rembrandt… It’s a different medium but the same thing… I don’t think human nature has changed, I just think we’re more effective… Technology has given us the ability to do it.”

The selfie generation might relish the rather narcissistic act of taking their own close-ups, or peacocking for one another,    as one journalist put it, but the New York photographer clarified the misconception that people now dress up just to be photographed.

Sure, Schuman has run into the occasional odd individual who’d purposely angle for his attention, but he has been keen to spot the “overly faked” scenarios.

“I’ve been going [to Fashion Week] since 1990, and people have always been getting dressed up, that has never changed,” he said. “Now, maybe more people are getting dressed up. But there’s an equal percentage of people who get dressed up but don’t want to be shot. There was a whole system of stylists who used to go to the shows because they got tickets. Now those tickets go to bloggers so there’s a whole group of people who don’t even go to the shows and who are always beautifully dressed.”

This isn’t news to the thousands who follow his blog and social media accounts. Schuman shoots not only the fashion-industry types and denizens of Fashion Week, but also everyday people on the street.

“What catches my eye is the potential of taking an interesting image, so it’s partly the clothes,” he explained. “The clothing part is something that’s so instinctual to me that I understand better than a lot of people. That’s always an important element. It’s the way I see things. I relate people to clothing and how they tell a story of who they are.

“It doesn’t matter if they’re wearing designer clothes or work clothes. It’s half of the image. The gracefulness, or even the lack of gracefulness, plays an important part in the photograph, the lights, the background, how I compose.”

He’s no photojournalist, Schuman himself would tell you. Often his images are less candid than they appear. He likes to compose the scene, involving his subject in the process; it’s almost like a studio fashion shoot minus the assistants and the coterie of makeup and wardrobe people.

“I go to so many different places where people don’t know who I am and I try to keep them there, ask if they can move a little over there, or if they’re walking, I ask which direction they’re walking and maybe I’ll walk with them for a couple of minutes,” he said.

“It’s a skill I had to learn, how to walk up to someone and ask if I can take their picture, and walk with them. And it happened to me that people feel weird, and I get asked, ‘Could you not

walk with me?’ It’s a very fine line that you don’t get into someone’s space too much and make them feel like they’re in control of the situation.”

The campaign will roll out in time for Mega Fashion Hall’s opening in January. The new hall will house global fashion brands, specialty restaurants, an Olympic-size skating rink, a state-of-the-art bowling center and the Ortigas area’s first IMAX theater.

SM picked out the subjects, with the photographer giving only one requirement: “I didn’t want the typical socialite girls. I wanted something a little bit more my style.”

The Indiana-born Schuman didn’t set out to be a photographer. He studied fashion design in college, and held various posts in the industry before becoming a stay-at-home dad after 9/11.

It was in 2005 that he started going around Manhattan taking photos, still drawn to fashion. The Sartorialist blog was born.

For the Spring-Summer 2009 collections in Milan, Schuman was among the top fashion bloggers—including Bryan Boy, Tommy Ton, and Schuman’s girlfriend Garance Doré—who were seated on the front row of Dolce & Gabbana, relegating top retail executives and fashion directors to the back rows. It made front-page industry news.

On the surface, it may have seemed like a triumph for bloggers, who are often derided by mainstream media. (Early this year, bloggers were the subject of a critical essay by veteran journalist and fashion editor Suzy Menkes; she characterized them as “peacocks” at fashion shows who openly receive gifts and free trips from brands.)

Media observers called it a paradigm shift, how these bloggers are replacing the elite old guard.

But Schuman was unhappy with what transpired in Milan. The setup was contrived: Dolce & Gabbana placed working laptops in front of the bloggers for the show, which proved 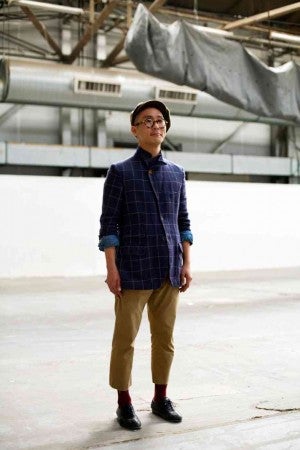 problematic for the photographer.

“I just want to be treated like the rest of the media,” he said, echoing his statement in a profile for GQ last year. “In that particular situation, they were kind of exploiting, I guess. They saw this phenomenon, they wanted to do something about it and they didn’t quite know how to do it… I was sitting in front of people I knew from Saks, who were usually front row, so I felt a little embarrassed that these guys were behind me. Not that I didn’t deserve to be there, but it just felt odd.”

Overall, he’s not against the idea of brands aligning themselves with bloggers. “If you have the audience that that particular designer thinks is important, I think it’s great. We just want to be treated like everybody else.”

Quizzed on the integrity of bloggers who receive ads and sponsorships on top of gifts, Schuman reverted to Menkes’ article, which appeared in February in the New York Times’ T Magazine.

“[Menkes] talked about blogs, that thing and this thing, that in her day, fashion writers were blah blah blah,” he began. “But like me, if you asked, I don’t want to be a journalist. I’m a photographer. I’m not a photojournalist. I’m just a photographer that knows a lot about fashion. So to try to hold us to those standards… Integrity is a tricky thing. Like an artist, I’m just shooting what I like… One thing I do is that I make sure I don’t talk about facts, it’s unimportant to me, I’m just shooting.”

He, however, acknowledges that there are, indeed, bad apples in the fashion blogosphere.

“I think what you’re talking about is if people are getting gifts under the table and shooting things, and that’s up to those people. Pretty soon the audience will see it because the bloggers who do it are very clumsy about it. You can tell very obviously.”

It’s the audience’s fault for buying into the lie, he said. “If you go back to that person and they’re obviously just wearing things that people are giving them and they’re getting more lazy about it, then, yeah, I think that’s ridiculous. It’s less than good. I don’t know how to say it in a nice way. I guess if the audience accepts that, then they deserve it, and the person is going to keep doing it.”

While his own blog does have advertisers, Schuman has tried to keep it clean and separate from his commercial work. You will not

find the SM campaign appearing anywhere on thesartorialist.com. Even his Instagram has a different content from his blog.

“At the end of the day,” he said, “all I really care about is to create an image that I want to look at again.”