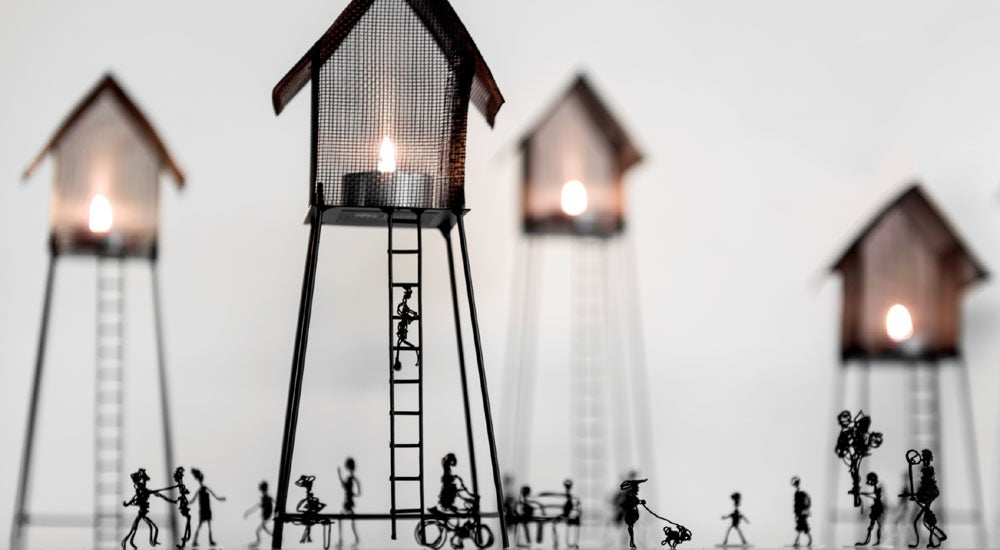 ‘Houses’ light up for Yolanda survivors

MANILA, Philippines—When Yolanda plunged many parts of Eastern Visayas into pitch darkness, even the tiniest of flames can usher in a glimmer of hope.

Kenneth Cobonpue, the furniture genius from Cebu, is just one of many good souls who brought such light for the survivors of Supertyphoon Yolanda.

Dubbed “First Light,” Cobonpue designed miniature houses that comprise a small community  serving as candle holders to remind Filipinos that there is always that “light” in the darkest of days.

“I wanted to expose what was inside the house,” said Cobonpue who presented the set at his self-titled showroom at the Residences Friday evening. “Candles symbolize light in the house and that was my inspiration to build a transparent house.”

Cobonpue, who was initially contacted to be the Cebu ambassador for Habitat for Humanity Philippines, originally had different designs but changed them when Yolanda struck the Visayas. The project then became “First Light.”

“They contacted me to be an ambassador first and to do a project,” said the designer. “It was supposed to raise funds to build houses, but I changed the design when Yolanda struck.”

Cobonpue said that the transparent houses, priced at P3,500 per piece, and candles aptly symbolize homes and Filipino resilience in times disasters and adversities, such as the destruction of Yolanda last November 8.

“When you have to overcome what the typhoon caused, you got to have that spirit,” Cobonpue added.