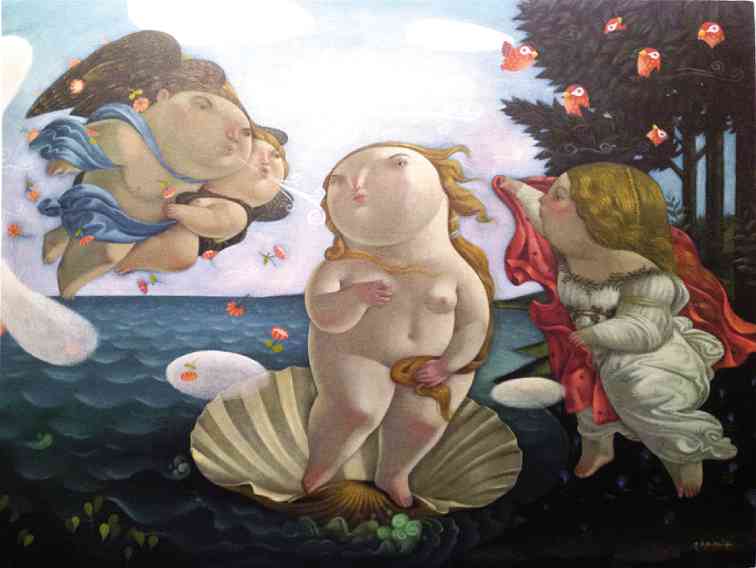 Volume is a device Obemio uses to lend weight and gravitas to his vision. He also uses volume to tinge his works with nostalgia.

Obemio has always talked about setting up a homage exhibition. In fact, he has done his own take on Klimt’s painting, the famous “The Kiss.” His approach has always been to adhere to form and palette, rather than anything headily conceptual.

Obemio’s “Homage to Jan Van Eyck” pays tribute to the Dutch painter, often thought of as the pioneer in using oil as a medium; whose late 14th-century work, “The Marriage of Arnolfini,” is a masterful and detailed depiction of the European (particularly Italian) upper classes.

Obemio takes this painting and renders it in his well-known volumic aesthetic, while retaining the attention to detail that’s the hallmark of a Van Eyck.

Obemio’s version, however, lends a bit of playfulness to the somber treatment of Van Eyck.