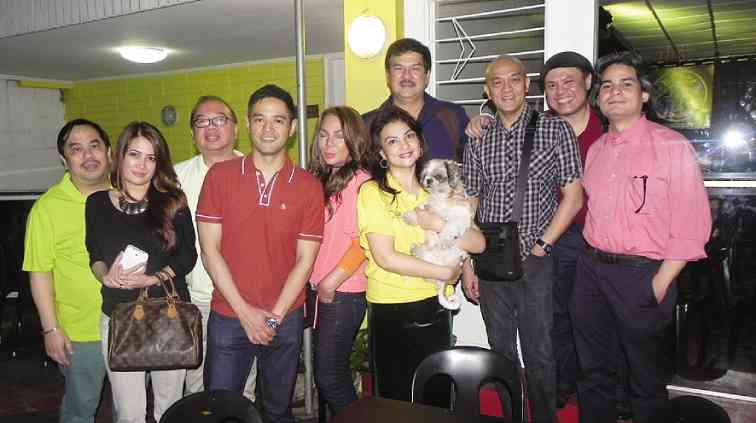 Bohol has been hit by back-to-back major natural disasters, the kind the province in Central Visayas has not seen in recent memory.

Given the extent of the damage to lives and property of the recent 7.1-magnitude earthquake and Supertyphoon “Yolanda,” it needs all the help that it can get.

And Bohol got some of what it badly needed recently from the AMP Big Band and [email protected], which put up a rousing fundraising show to help the home-building efforts in Bohol of Habitat for Humanity, an international nongovernment organization dedicated to providing housing for the poor.

That night, all the band members donated their performance fee. Plus, half of the sales from the food and drinks went to Habitat for Humanity, which is developing a new type of housing for Bohol residents that will be both typhoon- and earthquake-resistant.

There was also a commitment from the Department of Social Work and Development to match P5 for every P1 raised during the benefit concert.

As usual, the peerless AMP Big Band did not disappoint, with the sterling quality of its enthusiastic performance more than enough to rouse the spirits of the lucky patrons who flocked to [email protected], the home of the AMP Big Band, which is composed of members of the organization of Filipino professional session musicians called AMP (Asosasyon Ng Musikong Pilipino).

The customers did not even mind too much that no alcohol was served because of the alcohol ban following the national barangay elections.

The guests, who had to make do with non-alcoholic iced tea, soft drinks and fruit juices, still got a buzz from the foot stomping, exhilarating and highly textured sound that only a big band—featuring four trombones, four trumpets and at least four saxophones, plus guitar, piano, drums, bass and percussions—can make.

AMP Big Band led by arranger and saxophonist Mel Villena opened the night’s performance with “Birdland,” then breezed through well-applauded tunes such as the “Flintstones” theme, and even Original Pilipino Music penned by Levi Celerio and Juan Silos in the 1950s such as “Waray-Waray,” with Skarlet providing the powerful vocals and the right attitude.

The second set kicked off with the AMP Big Band, which is dedicated to preserve and promote Pinoy jazz, doing a fresh take on Freddie Aguilar’s “Anak,” with guitarist Noel Santiago providing the familiar riffs that helped make the song such a classic.

This was followed by other popular songs done the big-band way, such as “All That Jazz,” “My Funny Valentine,” Chaka Khan’s “I Feel for You,” “Breakout” by Swing Out Sister, and fan favorites “Spinning Wheel” by Blood, Sweat and Tears, and “Am I the Same Girl,” also by SOS, that never failed to get the crowd cheering.