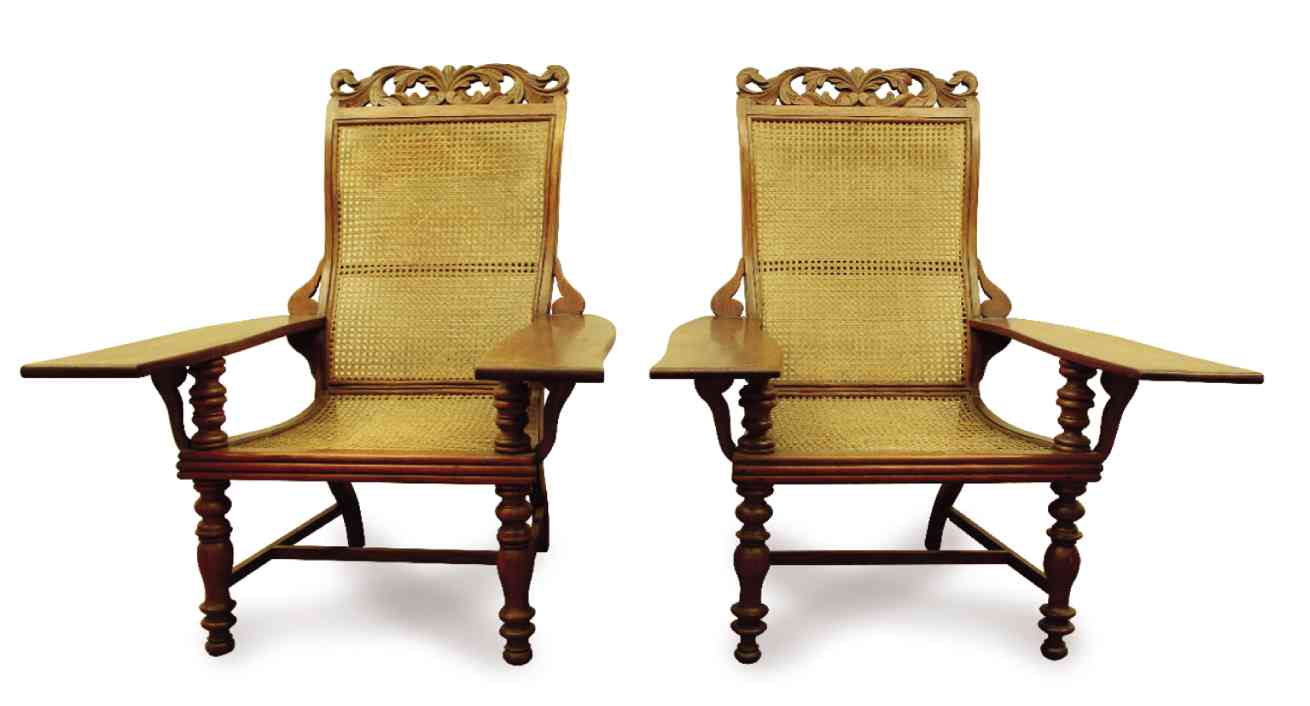 ‘Kingly Treasures’ and other art finds to be auctioned off

Colonial and sacred art pieces from the Hispanic era are the highlight of León Gallery’s fifth auction, “Kingly Treasures,” Dec. 7 at the Asian Institute of Management (AIM) Conference Center.

The auction is the last by León this year and follows the highly successful “Magnificent” auction last September.

“We were able to assemble an array of important paintings, Lalique crystal, gorgeous silver, and stunning Philippine furniture and other decorative arts that gave us reason to aptly call the sale ‘Kingly Treasures,’” says De Leon.

Chief highlights are the antique pieces of furniture such as armoires, chairs and chests dating back to the 18th-20th centuries.

De Leon says antique Filipino furniture are very scarce because Old Manila, which was considered that time the heart of Filipino culture, was destroyed during the World War II.

“Luckily furniture outside Manila, especially from sugar-producing provinces, found their way to present collectors,” he says.

An early Rococo mesa altar of balayong wood, made at the end of the 18th century, has the highest starting bid of P1.2 million.

The shoulders of its legs are carved with foliate outline, while a scalloped skirt with molded edges runs around the piece. The table has three drawers with faces carved with a molding frame, and its top is framed in binandeja or trayed style.

“What we call mesa altar or altar table today was always a side table in colonial inventories,” Tinio says. “This was because during modern times, those who wanted to be au courant [up-to-date] bought modern sets of furniture and relegated such antiquated pieces to the bedroom to serve as the household altar.”

Tinio says the furniture remains in such pristine condition despite its age, and is one of the finest examples of Philippine furniture.

Another furniture to be bidded out is the Carlos Trece (Charles XIII) Chair, a  high-backed chair with cane seat and backrest. The narra chair, made during the late 19th and early 20th century, has a starting bid of P80,000.

The chair is characterized by inverted balusters for its front legs and normal square legs at the back, while its armrests are of undulating carved scrolls  supported by another scroll carved with acanthus leaves.

“How it came to be called Carlos XIII Chair is a mystery, as there is no Spanish king by that name,” says Tinio, adding that lack of information gave it the wrong name which continues today.

Another chair  for bidding is a Sillon Fraile (Friar’s Lounging Chair),  recovered from a convent in Laguna. Made primarily of narra wood, the seat has a starting bid of P100,000.

“[The chair] was used by the priests as they enjoyed the cool breeze at the end of the day,” Tinio says. “The arms were made exceptionally wide to allow the prelates to rest their legs on either arm as they lounged in order to air and cool their nether parts.”

Of the various religious figures on bid, De Leon says the main highlight is the 17th-century Hispano-Philippine crucifix which he considers to be impeccable in quality and detail. The figure has a starting bid of P350,000.

“Filipino pride once again will be celebrated in this piece being the lead Philippine export as early as the 1600s,” he says.

Tinio says  the finely and relatively large carved ivory corpus of the Dead Christ has most of its original polychrome.

“The cross on which the figure of Christ was originally attached to was probably destroyed in the course of time and was replaced by a Spanish frame carved from a single piece of wood,” he says.

“Made by Filipino and Chinese craftsmen in Manila, these types of figures display a stylistic interpretation of Western forms of iconography while also incorporating local cultural artistic expressions such as Buddha-like Christ figures or Chinese cloud motifs.”

Elaborately carved in the Neorococo style of the mid-19th century, the frame features a stubby cross at the center surrounded by leaf scrolls and scallop-shell borders that form a cross-like silhouette, while two finely sculpted putti cavorting among the scrolls support the lower part of the cross.

“Exceptional large-scale ivory sculptures from the Philippines are rare surviving evidence of the Manila-Acapulco luxury trade during the 17th and 18th centuries,” Tinio says.

Another figure for bidding is the figure of the Sto. Niño with an ivory head, hands and feet attached to a wooden carved body. Presented in a welcoming pose, it was meant to be clothed with gold-embroidered tunic called a mameluco, the standard infant’s wear in the Philippines during the Spanish and American colonial periods. The figure has an opening bid of P80,000.

“The face of the child is particularly beautiful and the extremities are well carved. It was originally placed in a manger to be venerated during the Christmas season,” Tinio says.

Finally, the Nuestra Sra. del Pilar is a figure of the Virgin and Child standing atop a crescent moon supported by three putti. Made in the 17th century, the piece has a starting bid of P350,000.

“The clothes of the Virgin and Child were originally painted with gold dust, of which only traces remain,” he said. “The angels, however, still retain their original polychrome. The wooden pillar is of wood, painted to resemble marble, which has the Virgin’s monogram and the cross of Santiago painted on it.”

Tinio says the image tells the tradition of Saint James when he went to preach in Spain. One night (Jan. 2, 40 AD), he was disheartened because of the failure of his preaching mission. While  deep in prayer on the bank of Ebro River, the Mother of God appeared to him, carried by angels on a cloud. She gave him a wooden statue and told him to build a church in her honor. It was the first apparition of the Blessed Virgin after her Assumption into heaven.

“Within a year, St. James had built a chapel, the first church dedicated to the Blessed Virgin in history, and enshrined the statue given to him on a column of jasper,” Tinio says. “El Pilar, as the Virgin is called in Spain, received widespread devotion and was considered the mother of all Hispanic peoples.”

Also included in the auction are contemporary paintings by top artists, such as Ronald Ventura’s “Temptation” (bidding starts at P450,000) and Annie Cabigting’s “Splitting Splitting” (P500,000).

Works of Filipino masters to be bidded out include Vicente Manansala’s “Nude” (bidding starts at P100,000) and Juan Luna’s charcoal work  “Untitled” (P140,000).

Other masters whose works will be auctioned off include those by Gabriel Custodio, James Onglepho, Ang Kiukok, Fildelacruz, Romulo Galicano, Romeo Tabuena and Tammy Austria.

National Artist BenCab says proceeds of his auction piece, “Mother’s Embrace” (acrylic, pastel and ink on paper), will be donated to victims of “Yolanda.”