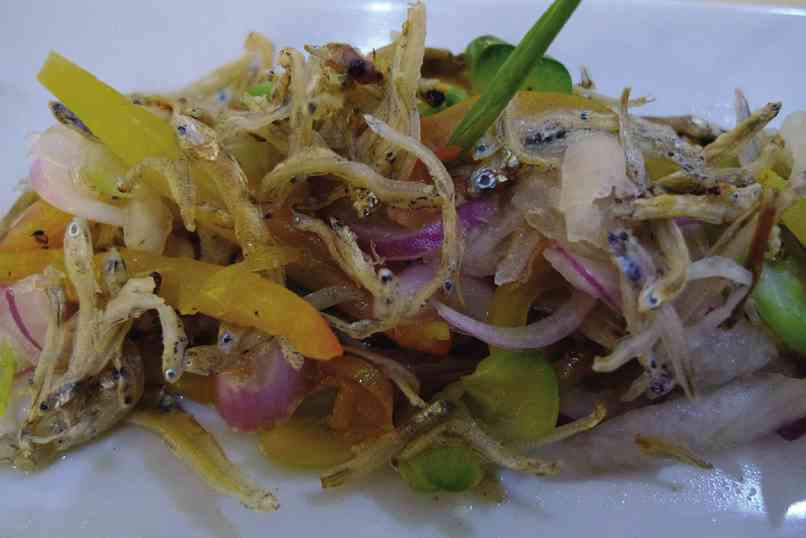 Attending a traditional cooking competition is very instructive as it affords one the chance to learn about local cooking procedures. This was the case with the third Tabu-an Western Visayas Ilonggo Heritage Cooking Competition in Iloilo City.

For three years now, this event has championed heritage cooking; it is open to all the provinces of the Western Visayas. Seven teams joined this year, from culinary schools to cooks who have banded together to form a group, from Aklan to Capiz, Bacolod City, Iloilo City and Iloilo province.

The teams had to cook an appetizer, main course and dessert, but don’t let that mislead you. Multiply each course by 200 and you get a more accurate picture. The number is for the guests who will attend the awarding on the final night and partake of the food entries. Add to that what they have to cook for the judges to grade taste and presentation.

The first day was for dessert held at the Amigo Terrace Hotel mall lobby. The hotel was to be our home and competition site for two days.

and then layering in small glasses to show off the effect of different colors.

Of course, the biggest chunk of the scoring is always the taste and the winner didn’t have the beautiful layering or the sugar accent, but it stood out for putting together three rice cakes

that had three flavorful stuffings—halaya, langka and custard.

Day 2 fortunately was sunny, so the cooking could take place outside where tents were set up. Each team brought its cookware. One was equipped with lusong and ha-lo (mortar and pestle). Each of the teams had a huge talyasi (cooking vat).

Appetizers and main courses were to be cooked in four hours. As we went around, we took note of the local name of ingredients: tikhan is bamboo shell, labog is roselle, kagaycay is sand shell, bordon is beef round, kutitut is siling labuyo or bird’s eye chili, balingon is dilis or anchovy.

Some procedures were familiar.  Tinuom is a way of cooking, using leaf packets made of banana or cassava.  Hinanggop combines dried dilis with tomato and onions.

Outstanding was the appetizer of gulaman or seaweeds with tikhan (bamboo shell) in both taste and presentation. A good fish kinilaw, made correctly and balanced in flavor, only needed a simple presentation and so got second place.

Also good was the hinanggop, keeping to the traditional way and not putting too much emphasis on presentation, winning third place.

It was much the same for the main course. First place was a seafood zarzuela,  which took advantage of the freshness of produce that is always available in Iloilo. It was flavored simply with crab fat and tomato paste.

The mechado was second, a familiar dish because it was one of last year’s entries that didn’t win because the sauce was too sparse to give the meat some flavor. This year, that observation was corrected with enough sauce to highlight the very tender meat.

We saw how the latter group labored through creating the packets, making sure that the stuffing would remain where it was.

How each group fared in the three courses decided the overall winners. Third place was Happy Kitchen, a dining and kitchen shop at Amigo Plaza Mall.

Awarding was done by Iloilo City Mayor Jed Patrick Mabilog, who told us of how his city was spared because the eye of Supertyphoon “Yolanda” split in two then became one again hitting north of the province.

Our third day was a trip to the devastated area two hours from the city where a feeding program was arranged.

While the main event was the cooking competition, for the many who attended on the first day, it was a delightfully entertaining cooking demo conducted by chef Boy Logro that stole the

Logro has TV shows (“Kusina Master,” “Idol sa Kusina”) and has a cooking school; he is a real celebrity chef judging by how many attended. The audience howled with laughter at his jokes, applauded him when his dishes turned out to look and taste perfectly (the judges got first taste of his extremely good pata tim).

He has that entertainer’s touch, quick at retort, with a mine of experiences that the audience can relate to. He has the culinary chops most other famous chefs don’t even have, coming from a simple fishing family to become a chef at the kitchen of a Middle Eastern king. He had worked in many other kitchens abroad and then became executive chef at Manila Diamond Hotel.

Despite his fame, Logro remains humble and funny whether he is in front of a large live audience or with the judges at lunch. He is really “of the people” and I hope he doesn’t get it into his head to go into politics.