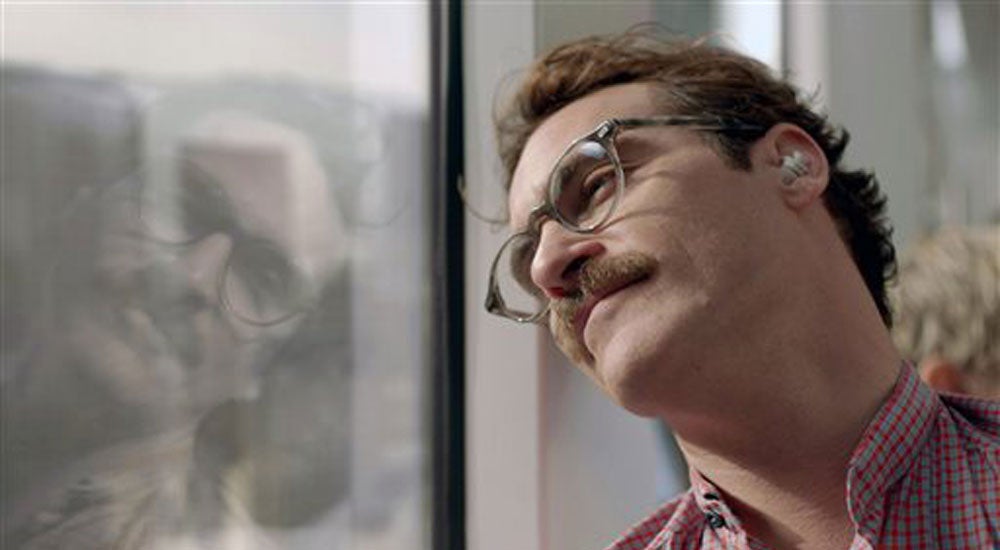 This image released by Warner Bros. Pictures shows Joaquin Phoenix in a scene from the Spike Jonze film, "Her." "Her" has been selected as the best film of the year by the National Board of Review. AP

National Board of Review names ‘Her’ best film

NEW YORK , United States — The National Board of Review named the futuristic romance “Her” best film and Spike Jonze best director in its annual awards.

The honors announced Wednesday give Jonze’s film some early support in an awards season that’s shaping up to be unpredictable. The Warner Bros. film about a man (Joaquin Phoenix) who falls in love with a computer operating system (voiced by Scarlett Johansson) is to be released later in December.

The board also cited “Fruitvale Station” star Michael B. Jordan as breakthrough performance of the year, and the film’s director, Ryan Coogler, for best directorial debut.

The annual run of film honors leading up to the Academy Awards has been particularly spread around so far. Though the space adventure “Gravity” and slavery epic “12 Years a Slave” are looked at as the front-runners, neither has yet yielded a best picture award.

Yet both “12 Years a Slave” and “American Hustle” were each shut out by the NBR’s. “Gravity” earned an award for creative innovation in filmmaking.

The Coens’ script for the folk musician tale was picked for best original screenplay by the board. Best adapted screenplay went to Terence Winter’s script for Martin Scorsese’s “The Wolf of Wall Street.” The NBR’s also gave its spotlight award to Scorsese and the film’s star, Leonardo DiCaprio, for their long-running collaboration.

Additionally, the board honored “The Past” as best foreign language film, “The Wind Rises” as best animated film, and “Stories We Tell” as best documentary.

The National Board of Review, a group of film academics, students and professionals founded in 1909, is one of the first groups to announce its picks for the year’s best movies. The Los Angeles Film Critics announce their choices on Sunday. The Golden Globe nominations come Dec. 12.

The awards will be handed out in a gala in New York on Jan. 7, to be hosted by “Good Morning America” anchor Lara Spencer.