Polish with a cause | Inquirer Lifestyle ❮ ❯ 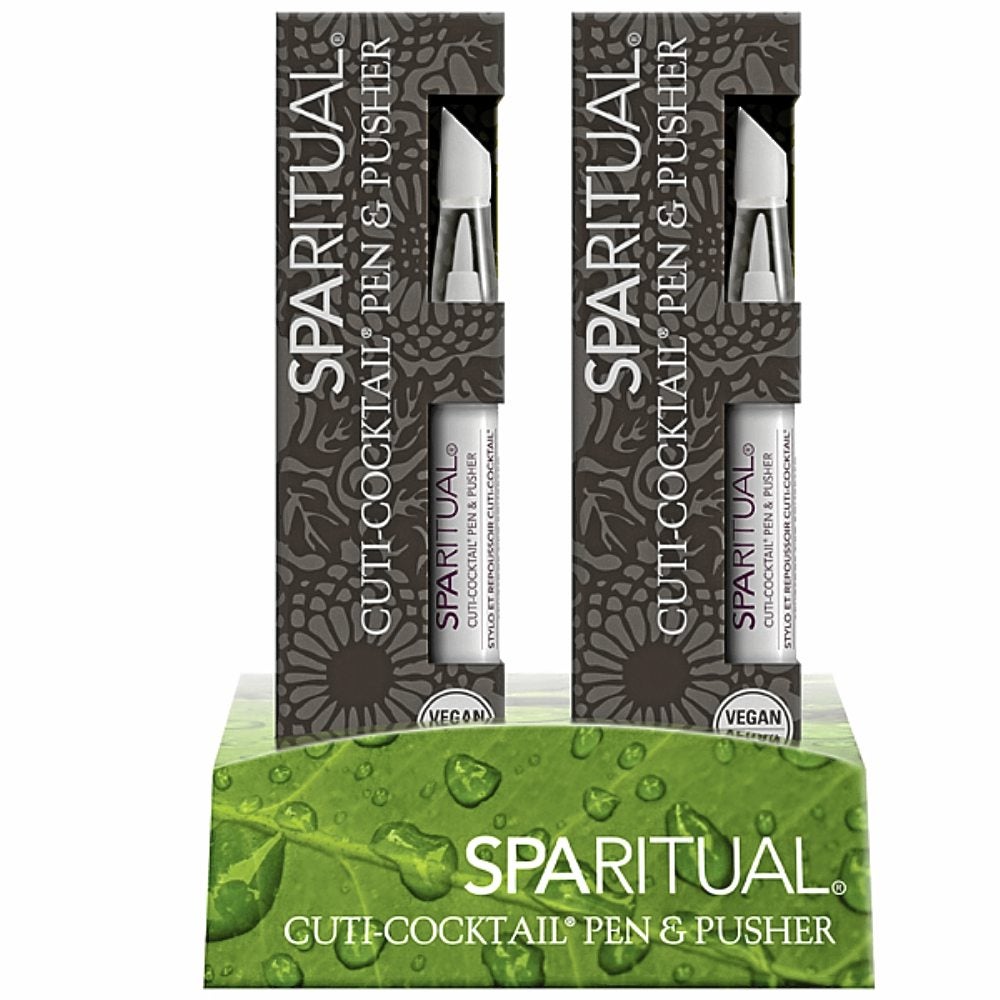 Polish with a cause

Shelly Lazaro is no stranger to the business of beauty.

As president of  Cytherea Global Cosmetics, she brought Skin Doctors into the country in 2004. On the lookout for a new brand to introduce to Filipinos, Lazaro attended an exclusive beauty show in Miami, Florida, last year. Out of over 100 companies she saw there, one brand stood out: SpaRitual.

“It was love at first sight,” said Lazaro.

Founded by Shel Pink in the US in 2004, SpaRitual is a vegan and eco-conscious spa brand. They do not test on animals and they do not use animal by-products (they use mica in their shimmer polish instead of fish scales). SpaRitual’s nail lacquers are free of DBP, toluene, formaldehyde and formaldehyde resin.

Just a couple of days after the beauty convention, Lazaro found herself touring SpaRitual’s plant and headquarters. “I was fixated by its over 100 beautiful shades of nail lacquers that are certified organic and 100-percent vegan.”

But it was more than just the colors that Lazaro found special about the brand. “It’s amazing how it’s able to combine eco-consciousness with modern beauty. Shel Pink’s vision is truly inspiring. That sealed the deal.”

In less than a year, SpaRitual has quickly become a favorite of Filipino women who love painted nails but have been looking for a healthier alternative. Lazaro says Jet Setter, Solid As A Rock, Street Smart, Mystic, and all the red shades are their top sellers.

Some of SpaRitual’s best-selling products also include HandPrint, a hydrating hand salve; Protein Boost, a nail fortifier; and Nutri-Thick, a calcium nail builder.

Marichu Cordero, SpaRitual’s International Corporate Education manager, arrived in Manila last week for a series of training workshops in Davao, Cebu and Manila. “I educate and create programs for both spa professionals and the sales team.”

She also gave Lifestyle a preview of SpaRitual’s future collections. Cordero says she’s very excited about SpaRitual’s Wilde Collection for Fall 2011, which will arrive in Manila in a couple of months.  “I love that teal polish, Rhythm of Life. Whenever I wear that color I get a lot of compliments. I think it’s gonna be wild.”

Lazaro adds: “I just love Running With Wolves from the Wilde Collection.”

For the holidays, SpaRitual will be releasing the Twinkle Collection. The brand will also come out with its second In Pink Collection. Twenty percent of the sales of these three pretty 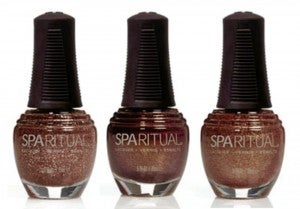 pink nail lacquers will go to Fran Drescher’s Cancer Schmancer, a nonprofit organization that aims to fight cancer by pushing for early detection.

SpaRitual has a lot of things in store for nail polish fans in 2012. They will be releasing different collections inspired by raw elements of the earth, including water, pigment, gold, rock and metal. The brand also has exciting projects planned with Trump hotels and Disney.

The soy candles, which will be available later this year, are also something to look forward to. They melt into oil that can be used for a relaxing massage.

But SpaRitual isn’t just about selling products. The brand wants to make a difference in the world. “We always find a balance,” Cordero said. “That’s why we’re promoting a campaign called Slow Beauty. We encourage enjoying slow beauty in a fast world. That was one of Shel’s initiatives—she hopes people can slow down and find a balance between family, friends, our professional life and our personal life.” 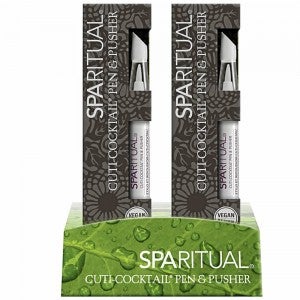 “Make sure to file in one direction only. That’s my biggest pet peeve; if you file in a back and forth motion, you’re going to split your nail plates.”

If your nails are brittle

“Moisturize the cuticles and use an elixir for the nail plate to help prevent splitting and the damage to the nails.”

How to build your own home nail care kit:

“I would suggest our SpaRitual Eco nail file, the Cuti-Cocktail cuticle pen and pusher, the Hand Print hand salve, and a nice base coat, either Protein Boost or Nutri-Thick base coat.”

“Try Enlightened Soul from the Truth Collection, because all skin tones can wear that yellow. There are certain yellows you have to be careful with, but this one works with everyone’s skin tone.”