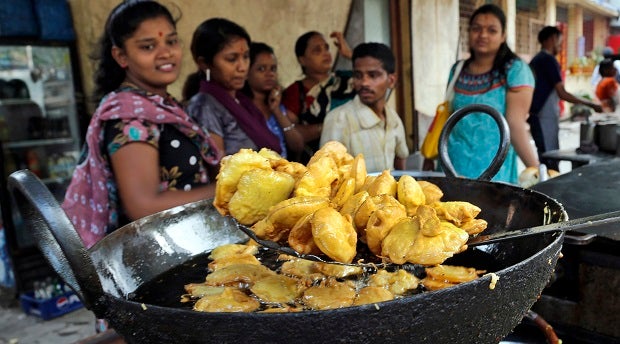 NEW DELHI — The millions of food vendors peddling tasty morsels from roadside stalls and rickshaws across India have long been an emblem of the country’s boisterous, chaotic spirit.

But now, Indian officials have a stern message for these often-unregulated roadside chefs: Wash your hands after using the toilet. Don’t sneeze into the food. And, above all, please don’t pick your nose.

“A lot of street food guys are not very scrupulous,” said Tejinder Singh, 48, who serves up spicy black lentils known as daal makhani from a stand in New Delhi. “We are not sons of gods. We have a lot to learn.”

Singh was among about 500 vendors who took part in an October training seminar in New Delhi on the basics of food safety and hygiene, an attempt to curtail the infamous “Delhi belly” that has struck down many an adventurous snacker in India.

Launched by India’s Food Safety and Standards Authority and the National Association of Street Vendors of India, the seminar offered a primer on safe drinking water and disposable gloves, along with a list of food-handling do’s and don’ts.

Number one on the forbidden list? Don’t pick your nose. Also banned are cleaning one’s ears, smoking while handling food and spitting into the wash basin or sink.

The goal of the program is to create “safe zones” in popular areas, but is it really possible to sanitize street food in India, where suspending any fastidious concern for hygiene has always been part of the deal?

Many Indians already have ways of finding the freshest and most succulent chaat, the small plates of savory snacks sold on the streets.

Dharm Singh, an 18-year-old high school student in New Delhi, said he only goes to places recommended by others and where there are no flies on the food.

He also pays special attention to where the vendors wash their utensils. He learned that lesson the hard way, through a brutal stomach infection he contracted by eating chole bhature, a dish of spicy chickpeas, from a vendor who used dirty dishes.

“He washes his utensils right next to the sewer,” said Singh, who was tucking into a plate of lentils, cucumbers and warm bread known as roti on a recent afternoon. “I was sick for a week.”