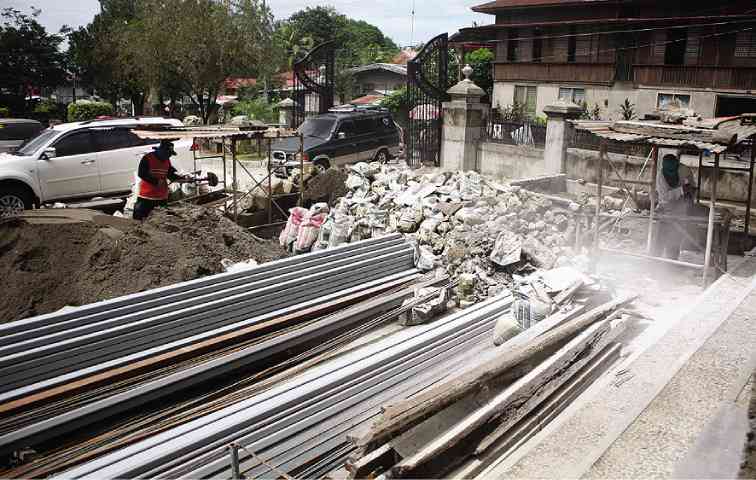 The battle over the construction of a one-story events venue beside the historic Taal Basilica in Batangas took a new twist after sculptor Ramon Orlina hurled a contempt charge against the parish priest for defying a local judge’s order to stop the project.

Areta initially issued a 72-hour TRO on Nov. 13 that she later extended until Dec. 3 ordering Madlangbayan and Virrey to “cease and desist from performing any act pertaining to the construction of the Casa San Martin II Jubilee Events Venue (Jubilee Hall) within the premises of the Taal Basilica complex.”

The judge’s order stemmed from a letter provided by Orlina that the National Historical Commission of the Philippines (NHCP) sent to Madlangbayan saying the construction of the Jubilee Hall did not have the agency’s approval.

Presidential Decree 375 issued by President Ferdinand Marcos declares the Taal Basilica as a heritage site. The declaration prohibits any renovation or improvements within the basilica and its environs without the express agreement of the National Historical Institute, later the NHCP.

In response, the NHCP sent Madlangbayan a letter dated Oct. 16 asking him to halt the construction of the Jubilee Hall and set a Nov. 4 meeting between stakeholders affected by the project.

An ocular visit made by Inquirer Lifestyle days after the supposed meeting showed that workers were busy completing eight commercial stalls facing G. Marella Street that are connected to the Jubilee Hall allegedly upon Madlangbayan’s behest.

Orlina said the insistence on finishing portions of the Jubilee Hall was tantamount to a violation of Areta’s TRO, hence his motion to cite the monsignor in contempt.

The sculptor, who is also a licensed architect, submitted to Areta a copy of the NHCP’s second letter to Madlangbayan dated Nov. 21 citing two reasons why the commission does not agree with the Jubilee Hall’s construction.

First, the NHCP said the Jubilee Hall “is inconsistent with the historic integrity of the church, whose site and structure have long been declared a national historical landmark.”

The commission added that the Jubilee Hall reduces the open space around the basilica that is “typical” of historic churches built during the time of its construction in 1755.

Apart from the Jubilee Hall, Orlina also objected to the newly-constructed arcade beside it that was made to look like ruins of an ancient wall. 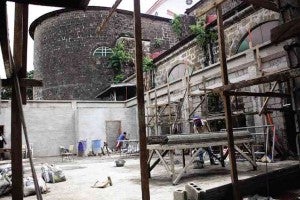 The sculptor observed “there seems no historical basis” for the arcade’s design and that it also protrudes “further out than the façade of the basilica, which should not have happened.”

Orlina added that the “beauty and grandeur” of the basilica’s Augustinian architecture was further compromised by the nearness of the Jubilee Hall to the original church.

He said a five-meter distance between the basilica and the new structure should have been observed. Madlangbayan’s foreman told Inquirer Lifestyle he measured the actual distance as 3.4 meters.

NHCP executives told Madlangbayan in the Nov. 21 letter that they “would have stated our position (against the Jubilee Hall) much earlier had we been presented the plan well before the construction of the building.”

They added, “we cannot be remiss in our duties by avoiding a position simply because part of the structure has been erected” already.

“Our job is to safeguard the nation’s heritage, of which the Taal Basilica is one, and an important one at that,” the letter signed by Diokno concluded.

Judge Areta ordered Madlangbayan and Virrey to post a bail bond of P10,000 each “or be arrested” following the contempt charge by Orlina.

Inquirer Lifestyle tried to get a reaction from Madlangbayan but the priest did not give any.