‘We want to bring the sari-sari stores back to life’ | Lifestyle.INQ ❮ ❯ 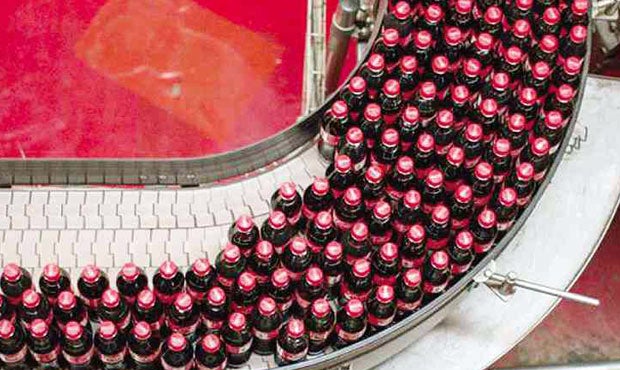 COCA-COLA bottles on a conveyor belt, getting ready to be packed and shipped. JILSON SECKLER TIU

‘We want to bring the sari-sari stores back to life’

When Supertyphoon “Yolanda” ravaged the Visayas on Nov. 8, cutting off communication lines for days and leaving communities to survive on their own, the Coca-Cola manufacturing plant in Tacloban City immediately began distributing drinks stored in its property.

It was fortunate that the concrete plant, which sustained about 70 percent damage, was still able to salvage drinks, ranging from water to sodas that were “fit for consumption”—meaning, cases were not submerged in floodwater during the storm surge. Right away, the townspeople were also given access to filtered water from the plant.

To date, Coca-Cola has already distributed 60,000 cases of bottled water—Wilkins and Viva, the brands the company carry—in Tacloban City through the Coca-Cola Foundation. It has also spearheaded a fundraising effort among its employees and, before month’s  end, Coca-Cola will double the amount raised.

Dominguez disclosed that about 200 employees of their Tacloban plant have been displaced. “Our primary concern right after the typhoon hit was to make sure that they were okay. We had to do a headcount, which was challenging, given that there was no communication days after the typhoon hit,” he said.

An assessment process, he added, is ongoing to determine the level of assistance the company can extend to its Tacloban employees. Also affected, he continued, are retailers and distributors who have lost their livelihood since.

Dominguez shares the sentiments of many in the corporate world—that for Tacloban to get back on its feet, big companies must get the local economy rolling again by continuing to pour investments into Tacloban.

“The sari-sari stores and carinderia, we want to bring their businesses back to life. So we are helping them assess their damage and process their insurance claims,” Dominguez said.

Coca-Cola Femsa, the largest independent Coca-Cola bottler in the world based in Mexico City, acquired Coca-Cola Bottlers Philippines in December last year. The Philippines is the first country outside Mexico and Latin America to have Coca-Cola Femsa. As a fairly new company in the Philippines, Dominguez, a Colombian, feels the need to constantly introduce themselves to the Filipinos.

“We are a people-intensive company. We are dependent on the skills, talent, passion and energy of our people. We are buying things, we are moving products, we are making them and we are selling them,” Dominguez said.

He said Coca-Cola Femsa has a big portfolio—it owns 20 percent of Heineken, 100 percent of Femsa Comercio that operates convenient stores in Latin America, and 48.9 percent in the soft drink company. A quality and environment-safe production process that invests high in technology for lesser carbon footprint follows strict international and global standards.

Coca-Cola Femsa produces, bottles and distributes sodas, soda water, juices, energy drinks, iced teas and water. For its Tacloban rehabilitation program, Dominguez said assistance is still ongoing. The company will partner with NGOs to better serve the community, and will continue to support in cash and in kind for as long as they are needed.