‘Wicked’: The show to watch in Manila next month | Inquirer Lifestyle ❮ ❯ 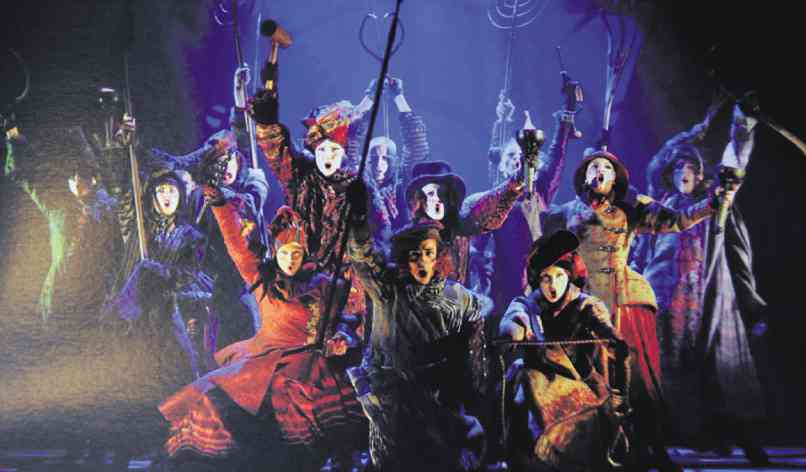 ‘Wicked’: The show to watch in Manila next month

Auckland is the best city in the world. At least that’s what Aucklanders will tell you, dahlings, and we think they’re not far off the mark.

Recently we spent a few days in downtown Auckland in New Zealand, with a group of 12 to watch and learn more about “Wicked”—the award-winning musical that has been running in Broadway for the past 10 years. Its Australasian national tour opened in September and is currently running at the Civic Theater in Auckland.

This is the same production that will debut at the Cultural Center of the Philippines on Jan. 22, 2014.

Our group had the privilege of experiencing the new Philippine Airlines Business Class to Melbourne en route to Auckland.

Auckland is beautiful and pollution-free, in a country that, as the joke goes, “has more sheep grazing its hills than there are people.”

Aprés unloading our bags at the Heritage Hotel in downtown Auckland, we had a superb dinner at the Botswana Butchery restaurant by the bay.

A tour of the Civic Theater the next day allowed us to have a glimpse of the 300 costumes, 70 wigs and 54 scene settings that the production uses. Wigs and makeup head Kellie Ritchie and assistant stage manager James Cole pointed out the details in the costumes—including their intricate design (by Susan Hilferty, who won the Tony, Drama Desk and Outer Critics Circle awards for her work), materials and embroidery that most people in the audience don’t notice.

“Wicked” (music and lyrics by Stephen Schwartz; book by Winnie Holzman) is based on the 1995 Gregory Maguire novel “Wicked: The Life and Times of the Wicked Witch of the West,” a parallel novel of the 1939 film “The Wizard of Oz and L. Frank Baum’s classic story “The Wonderful Wizard of Oz.”

It is the story of two unlikely friends, Elphaba (the Wicked Witch of the West) and Glinda (the Good Witch of the North), who struggle through opposing personalities and viewpoints, vie over the same love-interest, and react to the Wizard’s corrupt government, and Elphaba’s public fall from grace.

Steve Danielsen is the seemingly shallow and self-absorbed playboy Fiyero.

My darling favorite, the great actress Maggie Kirkpatrick, essays the role of Madame Morrible, headmistress of Shiz University, who takes Elphaba under her wing, training her in sorcery.

Edward Grey is Boq, the munchkin who is enamored with Galinda, while Emily Cascarino is Nessarose, Elphaba’s lonely, crippled younger sister.

Glen Hogstrom, “Wicked” staging supervisor, is also in the cast as Doctor Dillamond, a professor at Shiz University who happens to be a goat.

Jay Laga’aia provides the mesmerizing, magical voice of the Wizard of Oz in Emerald City.

After seeing the performance, we are convinced that “Wicked” is the show to watch in Manila next month. Tickets have been selling faster than you can bat an eyelash, dahlings, so it has extended its run until Feb. 23.

Next week, interviews with the cast and the creative team behind this brilliant musical.