Giving back to OFWs through education | Inquirer Lifestyle ❮ ❯ 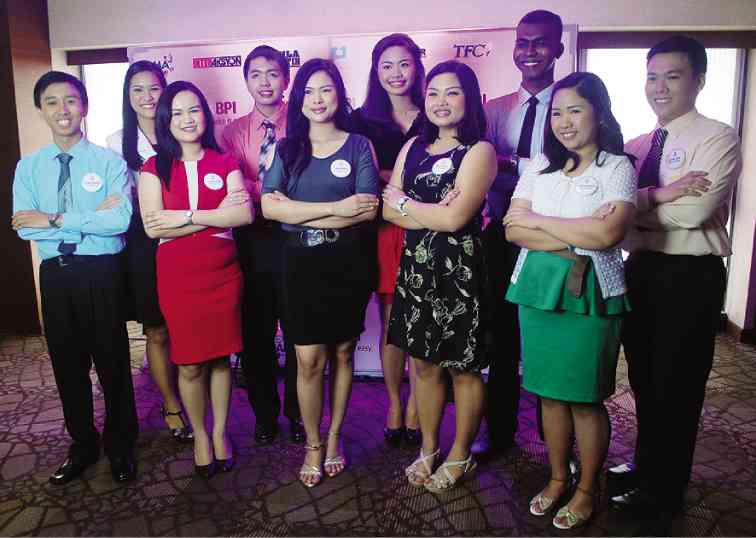 Giving back to OFWs through education

Raoul Daniel A. Manuel stared at the giant screen where a recorded video message of his dad Raul, a Canada-based caregiver, was being shown.

“Don’t forget to upload your pictures (on the Internet),” the proud father told his son, a consistent Dean’s Lister taking applied mathematics at the University of the Philippines in the Visayas.

“I want to show them to all my friends here in Canada,” the father added.

The request drew laughter from those who came to witness when Raoul and nine other exemplary students, all children of overseas Filipino workers (OFWs), were recognized as the Ten Outstanding Expat Pinoy Children in simple ceremonies at the Bank of the Philippine Islands head office in Makati City.

The bank holds an annual search for children of OFWs who consistently exhibit excellence in academic performance despite the absence of one or both parents.

Raoul, who lives with his mother, grandmother and two aunts in Iloilo, has been named one of eight “Ibang Klaseng Talino” students in BPI’s seventh search this year.

Andrei Karoly “Amaya” A. Hernandez, who is taking up Fine Arts major in Cinema at the University of San Carlos in Cebu City, was named “Ibang Klaseng Artist” for winning “numerous awards and recognition” in film, including a first-place nod at the 38th Metro Manila Film Festival for her Cinephone category entry, “Two Minutes.”

Pride was evident among parents of the scholars during the awarding ceremony on Dec. 2.

Christine’s father, Nomer A. Agapito, took time off from work as a piping foreman at Al Hasoun Sejong Mechanical Establishment at the United Arab Emirates to be with his daughter on the big day.

Alison’s father, Manuel Gailan, at first waited until his daughter finished watching his one-minute video before emerging from the sidelines to personally express his “amazement” at her feat.

Other OFW parents like Raoul’s father had to settle for recorded video messages to show how pleased they were with their children.

Nelson Haw promised son Jason they would be “together once again” after he and wife Imelda had earned enough from their work in Taiwan.

Dione P. Pasadilla, a marine chief engineer at Splash Inc. in Japan, became emotional as he recalled how daughter Louise declared him the “most influential person” in her life despite his absence.

Elpidio Rabinetas, chief cook at the Hanseatic Shipping Lines, said he considers daughter Cloie’s high grades as her way of giving back.

Saudi-based Ralph Salunga told daughter Joezelle that education “is the only legacy” that he and wife Monica can give her.

Joseph’s mother Leticia, who works as a domestic helper in Saudi Arabia, could not help but remember how she and her son spent many tense moments arguing about her move to the Middle East.

Felman D. Hernandez Sr. told daughter Amaya that his absence is one way of preparing her to “become more responsible in dealing with realities.” Hernandez works as an inspector at Lend Lease Singapore Pte. Ltd.

Emir-Diogene delivered an acceptance speech on behalf of the 10 awardees. He said he initially found it hard to deal with the absence of parents Norgina-Marian and Deogracias Orina Mendoza. “There was no one around to teach me how to swim, ride a bike or court girls.”

Eventually, Emir said he realized that if his parents had their way, they would opt to stay in the country knowing how hard parental absence is to one’s children.  “Mahal na mahal na mahal namin kayo, karagatan man ang naghihiwalay sa atin,” Emir said.

Recognizing the children who are forced to endure long-term separation from their parents is BPI’s way of giving back.

“More than the foreign remittances recorded by the (Bangko Sentral ng Pilipinas), it is the blood, sweat and tears of these OFWs that we should honor,” he said.

BPI president and chief executive officer Cezar Consing made one memorable promise to the awardees during his closing speech. “If you stay in college and keep yourself out of trouble, BPI will have a job for you,” he vowed.