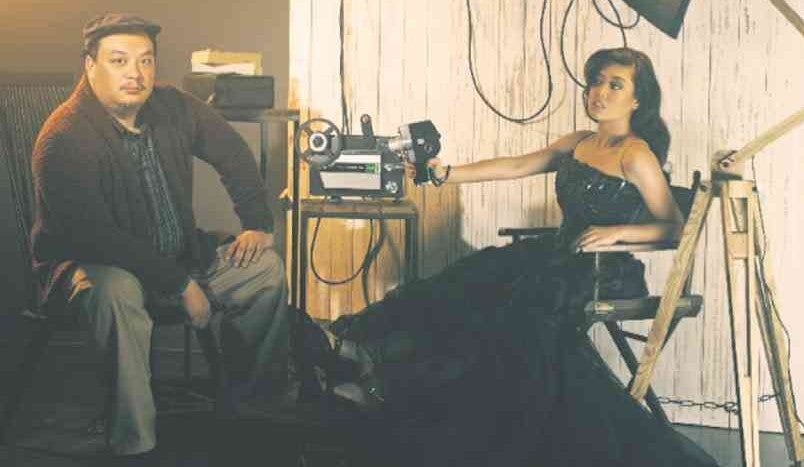 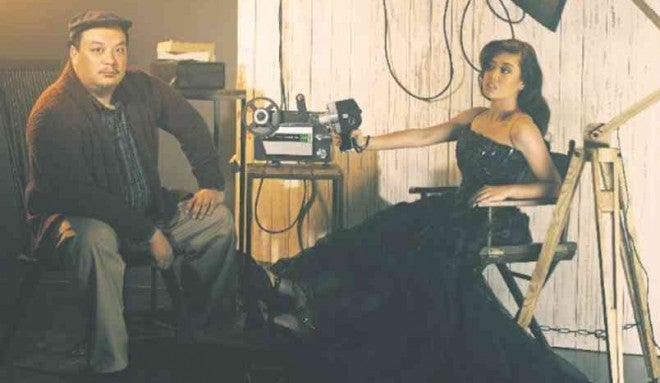 At home, he is Dad, but on the set of his 2006 Cinemalaya film, “Tulad ng Dati,” and his critically acclaimed 2009 Cinemalaya entry, “Dinig Sana Kita,” Mike Sandejas is direk to the eldest of his four daughters, Zoe.

“We’re very professional,” describes the filmmaker’s “default actress” of her working relationship with the man who had her play the daughter of an amnesiac rock star in his debut film, then cast her as a rebellious rock chick opposite deaf actor Romalito Mallari in his second movie. “No special treatment.” 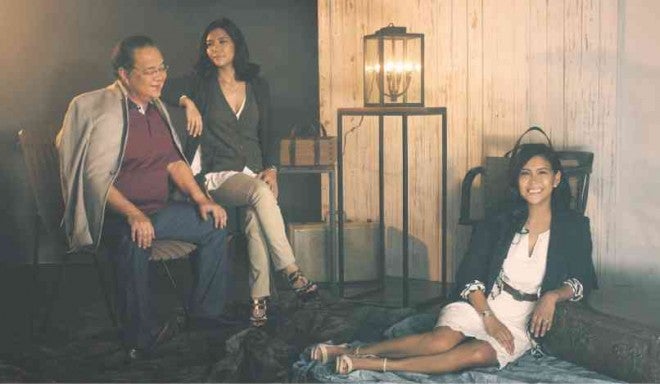 The twin daughters of restaurateur Vicvic Villavicenio, Mara and Cara grew up playing in a bahay kubo built by their dad, one with all the features of a regular home, including a functional kitchen.

Like their fishing enthusiast father, the two have cast their rods around the world and even hold the women’s record for catching the largest fish with the smallest possible line at the Macclesfield Bank in the South China Sea.

Running his bustling buffets (Triple V’s Kamayan, Saisaki, and Dad’s, the Japanese-Korean smokeless grill Sambokojin, and the all-seafood spread Something Fishy) hasn’t stopped Vicvic from calling his kids daily—sometimes up to eight times a day!—or attending their specific events.

Now married and mother to five-year-old daughter Aniela, Cara Villavicencio-Espinosa recalls how her dad flew from Cagayan to Manila and back just to watch her in a cheering competition. “Even when he was busy, he’d always be there for us,” she marvels. “At the end of the day, the most important thing for him is family.” 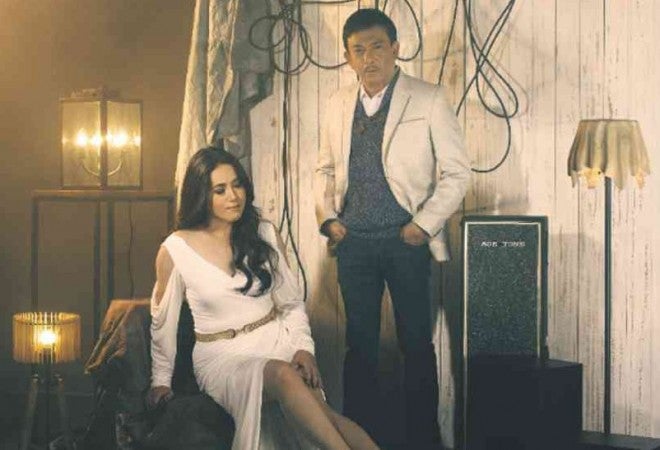 Of his musically inclined brood, it’s Rico Puno’s eldest daughter, Tosca, who seems closest to and most like him. A total entertainer herself boasting singing, stage and TV credits, Tosca was also a reluctant politician who learned to appreciate and make the most of her position as councilor of Makati City. Overseeing cooperatives for the city’s marginalized groups and ensuring the efficient collection of taxes are among her proudest moments in office.

“She’s a tough act to follow,” avers Rico, who batted for the installation of surveillance cameras in Makati’s commercial establishments when he served as city councilor from 1998 to 2007. Citing her generosity and straight-and-narrow approach to the law, he adds, “She’s an asset. She has a pure heart.”

“Aw, Pops, I love you!” swoons Tosca, who is now serving a third term. “But I could never be better than you. How could I be better than my teacher?” 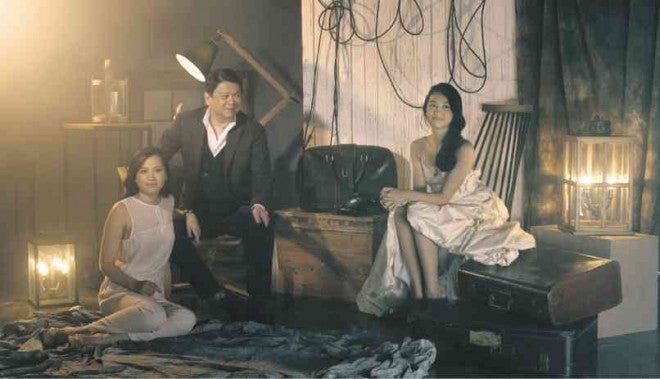 It is not easy keeping family and business separate when the family business in question is as tightly knit as the Dee clan. “Growing up, we already knew that we were going to work for our parents,” explains Erika, the third of four siblings who share variations of their father’s name. Her older brothers Eric Thomas and Eric Enrico Jr. are already established in the firm, while Erica Therese (nicknamed Bea, after the Hokkien term sio-be, meaning “youngest daughter”), is entering her junior year in high school and will soon have to prepare for her part.

“I told my kids once they join the family business, they have to bring in new ideas so that they can make their own mark,” says Rikki, ever the forward-looking mall developer and restaurateur behind such popular eateries as Mesa, Kai and Cerveceria.

But to those closest to him, the tough CEO is a big softie when it comes to his daughters. “He’s a strict father to all of them, but the girls can get away with a lot of things,” his wife Elizabeth reveals. The comment touched off a chorus of indignant protests from the sisters, while the man himself declares, “Actually, I’m abused and misused!” 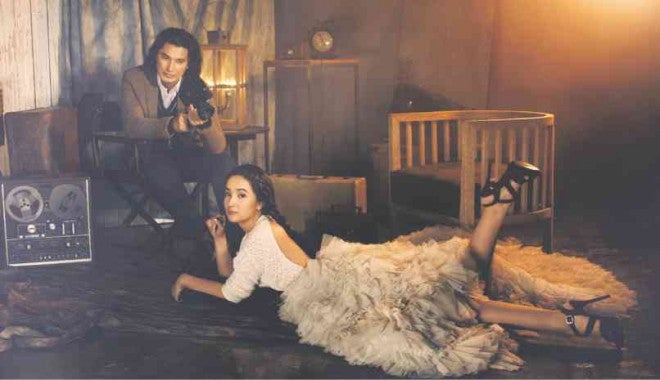 That Albert Martinez considers his youngest daughter one of his best friends is exactly what he and Liezl, his wife of 28 years, hoped would happen when they became parents. “We learned to grow up with our kids because we were also so young then,” he reminisces.

The couple raised Alissa, her older sister Alyanna and brother Alfonso in a manner that encouraged an open relationship between children and parents. “We wanted them to respect us and at the same time, see us as friends to whom they could say how they feel, what they don’t like about us,” Albert explains, adding with a laugh, “and they do that to me all the time.”

Alissa couldn’t agree more. “I have a father with whom I can hang out and have a drink,” she says. That isn’t all they do together: as die-hard animal lovers, father and daughter often conspire to sneak pets into the house behind mom’s back. 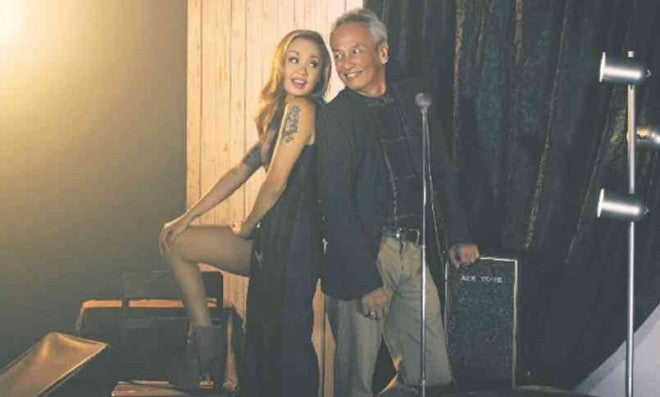 When singer, photographer, activist and author Jim Paredes first carried his eldest daughter Erica three days after she was born, the experience inspired him to sit before a piano and compose “Batang Bata Ka Pa,” one of the biggest hits of the Apo Hiking Society, the beloved musical trio that includes himself, Danny Javier and Boboy Garovillo.

Years later, his lyrics about the eternal conflict between the young and their elders would echo his own struggles while raising a rebel child.

“She’s my most dramatic child,” avers Jim of Erica. “My kids are my teachers, so I probably have a Ph.D by now. They taught me patience, and a wider definition of love.” 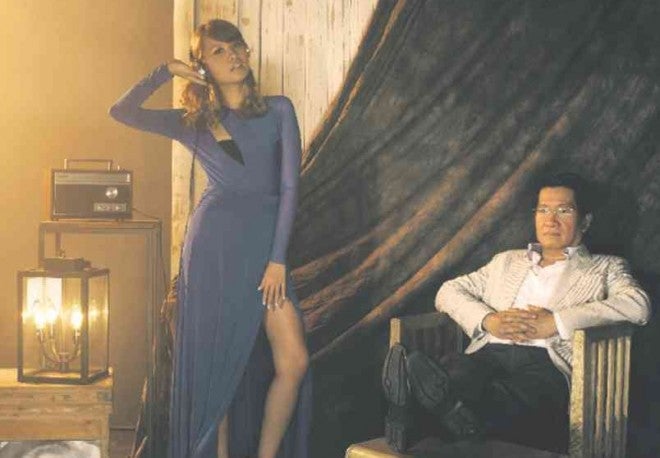 Now that marketing guru Josiah Go represents his daughter, top fashion blogger and Manila “It” Girl Tricia Gosingtian, working together gives them access to each other’s worlds. Tricia, who has spoken a number of times in her dad’s entrepreneurial seminars and was his classmate in an online marketing course in Singapore, is overwhelmed whenever she hears Josiah address swelling crowds in his marketing workshops.

“Watching him work so hard made me realize that blood, sweat and tears got me where I am today,” says Tricia, who recently caught the attention of stylist to the stars Rachel Zoe. “You have to work for your dreams to happen.”

Meanwhile, the once resistant Josiah has finally taken to Twitter, sharing marketing tips thrice daily to reach a wider audience. “He’s more addicted to Twitter than I am!” announces Tricia with a laugh.

When your dad is Leo Martinez—celebrated actor/comedian, director general of the Film Academy of the Philippines, and a founder of Repertory Philippines—following in his respected footsteps is not easy. “There were times when I felt pressured because I’m his daughter. People expected me to be just like him,” recalls Lesley Martinez about her start in show business. “I’ve learned that I don’t have to copy him or his acting style. And he was the one who taught me that.”

Her father proudly agrees: “She knows what an actor is supposed to be, and she has her own process.” Lesley’s process has led her on a slightly different career trajectory, focusing not just on acting, but also on her talents as a dancer and her ease with audiences as a host.

That’s how it should be, according to Leo. “My own father told me, ‘Choose a job you love and you will never have to work a day in your life.’ I told my kids the same thing.”