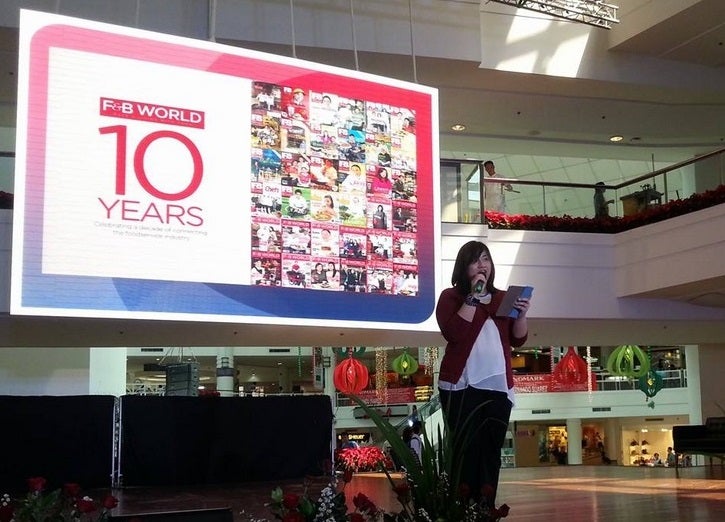 MANILA, Philippines — This year, F&B World magazine, the only trade publication for the food and beverage industry in the Philippines, marked its 10th anniversary through an exhibit of the newest food trends and great dining places in the metro.

Aside from the exhibit dubbed “Savor: A Decade of F&B World Connections and Good Eats,” the magazine’s anniversary also featured talks from entrepreneurs Johnlu Koa and Adolf Ran Jr.

Koa talked about the Top 5 Food Ideas from the Past Decade while Ran discussed The Next 5 Foodservice Trends for the Coming Decade.

The event also marked the book launch of Hinge Inquirer Publications’ “Eats 2014: Your Ultimate Handy Guide to Your Next Gastronomic Adventure.”

Hinge Inquirer is the publisher of F&B World magazine.

Taken from the Eats section of “Northern Living” and “Southern Living” magazines, the book highlights restaurants that offer scrumptious dishes based on Filipinos’ usual cravings from variety of foods.

The country’s top food bloggers were tapped to help create the book, which is now available in all leading bookstores nationwide.