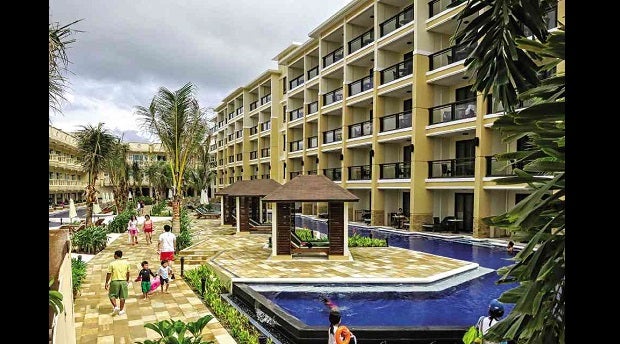 THE GRAND Wing is Henann’s first thrust toward the modernization and standardization of Boracay Garden’s accommodations to rival those of its sister hotels.

A lot of people are saying that there is no more room to build on Boracay island, that it is too crowded with resorts, restaurants and clubs lining the famous white beach. Well, don’t tell that to the Henann Group of Hotels, which includes the Boracay Regency, Boracay Lagoon and the Boracay Garden, all located at Station 2.

A few months ago, during its 15th anniversary celebration, the Henann Group unveiled the new Grand Wing at its Boracay Garden property consisting of 68 Asian-inspired rooms.

The Grand Wing has fully upgraded rooms with modern designs and state-of-the-art amenities similar to those of Boracay Regency and Regency Lagoon.

According to Henann Group chair Henry Chuseuy, the reason behind this was to have a signature look that people will identify with.

The new rooms have a contemporary design with Filipino accent pieces. There are  65 grand rooms, 13 of which have direct pool access. There are also three spacious suites.

The grand rooms come with a queen-size bed, a single bed and a 32-inch LCD TV. There is also a minibar with coffee- and tea-making facilities; and for the upper floors, a spacious balcony to relax in when the sun gets too hot. It’s perfect for a group of three or for families with two adults and two toddlers.

The suites offer a larger TV (a 40-inch LCD, I believe), a king-size bed, its bathroom with dual top vanities, a free-standing bath and luxurious bedding.

The bathroom has environment-friendly fixtures such as dual-flush toilets, energy-saving air conditioners and light bulbs, and water-saving showerheads and faucets.

The Garden has also added four pools, making it the resort on the island with the biggest number of swimming facilities.

“With each of our properties, we wanted to create a specific feel, and at the garden we wanted to live up to its name, so that as guests walk around the inner courtyard, they have that feeling that they are walking in a garden,” Chuseuy says.

In addition to the palm trees that can be found everywhere in the property, small cabanas with pool chairs line the pools to give bathers a brief respite from the sun.

As the second property owned and operated by the Henann Group, the Garden is considered by many as one of the budget-friendliest resorts. (Rates for a night’s stay at the Grand Wing start at P7,672 inclusive of buffet breakfast for two.)

Chuseuy attributes the success of the group to its value-for-money philosophy, inspired by his own experiences.

“Having traveled all over the world, I can say that more expensive does not necessarily mean better.” Chuseuy says. “What is important is that when the customer leaves, he feels that he got full value for his money.”

Since Boracay Garden belongs to the Henann Group of Hotels, its guests can use the facilities and dine in the other restaurants at Regency Lagoon and Boracay Regency. (I suggest not to miss out on the Kai Spa and the Wave Bar & Lounge.)

Also, private transportation to and from the airport, whether Kalibo or Caticlan, is available for in-house guests.

Henann Group will build yet another wing on the Garden property in 2014.

“When the new wing is built, it will give us an additional 100 rooms. This will make the Garden the biggest among our five Boracay resorts in terms of rooms,” Chusuey says.

The Henann Group is also adding in its Regency Lagoon property a wing of 100 rooms.

Chuseuy recalls how it all started. “I never knew that a simple idea would lead to where and what we are today. In 1998, right in the middle of this long beach, I opened Boracay Regency Beach Resort.  With 43 rooms, a swimming pool and a restaurant, it was the first resort on the long beach to receive the highest resort rating from the Department of Tourism.”

Today, the three resorts that make up the Henann Group have almost 1,000 rooms, a 1,000-capacity multipurpose venue, a spa, and a wide choice restaurants.