Hotties and cuties at the UAAP | Inquirer Lifestyle ❮ ❯ 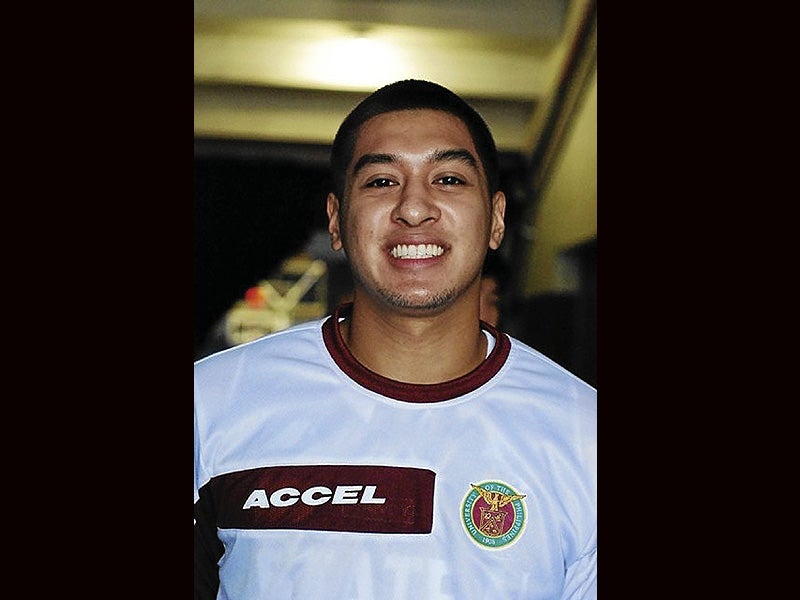 Hotties and cuties at the UAAP 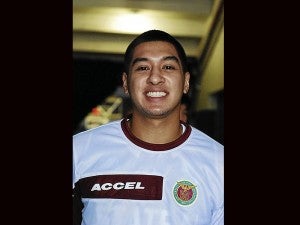 Why not? Sound footwork could mean the player’s good in dancing. Intensity in the game could indicate the effort he’ll exert for you. If he’s really, really good, he may even propose to you with a championship ring.

UAAP is flooded with talented hotties. Here are some of them.

Kirk showed up last Saturday with newly dyed black hair. We missed him the first few minutes, until he made three-point shots that screamed, “I’m right here!” He says it’s been so long since he’s dyed his dirty blonde hair black and, apparently, the fans of the Ateneo Blue Eagles don’t like it.  He says he’ll change it back to the previous color for them.

The captain of De La Salle Green Archers is also its main heartthrob. There is always fire in his eyes whenever he enters the court, and you’ve got to appreciate his never-say-die attitude. He says the team is hoping to beat the Blue Eagles today for La Salle’s pride.

Mike rarely smiles. He only shows the crowd a glimpse of his pearly whites whenever the UP Fighting Maroons win. We can’t help but like that about him. His focus can remind you of Vin Diesel in one of those “Fast and Furious” movies.

People used to think the point-guard of the UST Growling Tigers is not approachable. His eyebrows always seem to meet before and during the games. They soon find out, however, that off-court, Jeric’s will reciprocate their smiles with his own easy grin.

If it’s a free-seating, Blue Eagles game day in Araneta, you have to choose where to park your butt wisely. Sit in front of freshmen girls and you’ll be deaf before the game ends, all of them cheering for Kiefer. The blue-chip rookie can make his fans scream: “Go Kiiiieeeefeeer” tirelessly for two whole hours.

His injury prevents him from scoring some points for the FEU Tamaraws. Yet, even on the bench, you can still see fans craning their necks to check out JR Cawaling. His savvy is not only shown to advantage on the court, but also when he talks to the press. He’s not afraid of them, and even cracks a joke every now and then.

Talk about small but deadly, and you get the Adamson Soaring Falcons’ pointguard. Talk to girls about him and they’ll shriek their heads off first before they give you a decent answer. Many of them like how he can make shooting threes look so easy.

He was on the receiving end of teasing from his UST Growling Tigers teammates for his uncanny resemblance to a certain male R&B singer. But it’s his passion for the game that keeps the eyes of the fans on him.

The deadliest shooter of the De La Salle Green Archers is also one of its most adorable players. His face lights up when he smiles. He’s all business on the court but he also looks like someone out to enjoy himself. Is it any wonder why a lot of girls online confess they have a crush on him?

The best time to watch the baby-faced chinito is when he’s running fast and the wind is blowing his hair. The shooting guard from the UP Fighting Maroons is unafraid to take the shots whenever he is presented with an opening.