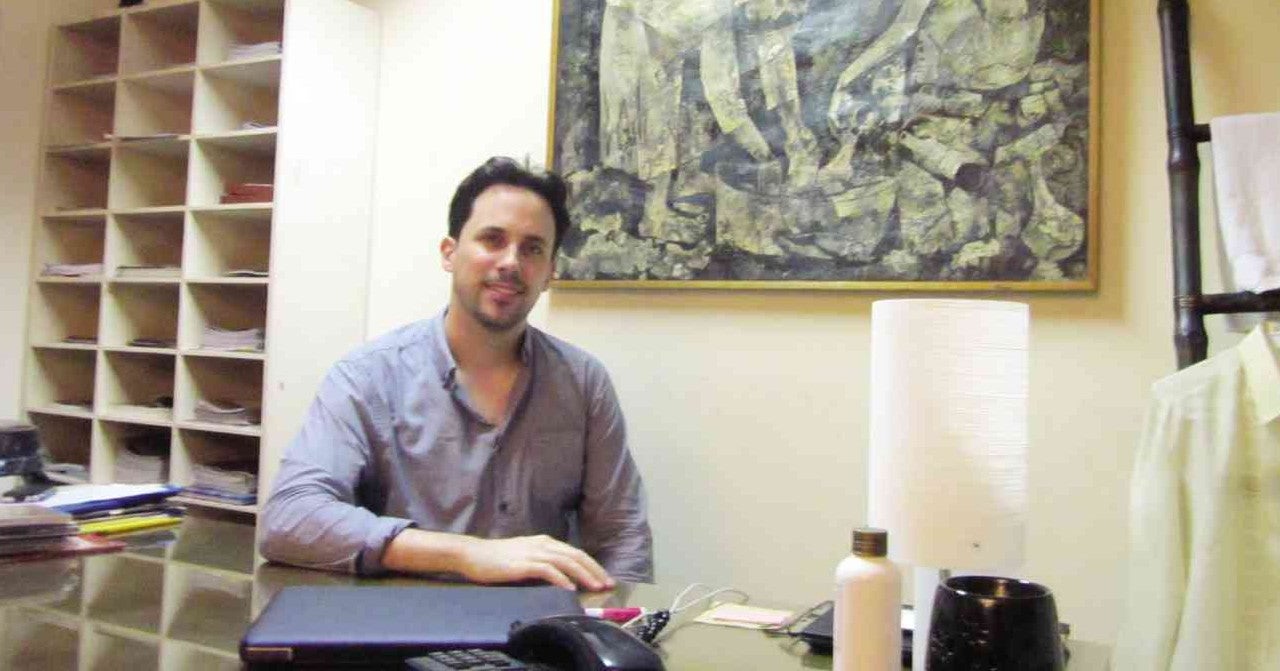 His father is Russian, and his mother Australian. His twin sister is married to a Cuban, and he has a “little sister,” an American, who has a Mexican boyfriend. To top it all, Ochnine, 34, and a French-American citizen, had a Filipino girlfriend in Los Angeles and is now married to another Filipino, named Twinkle (“it matches her personality”).

A flutist and bassist before he became a conductor, the handsome Ochanine (who has sent many matronly hearts in Manila a-fluttering) grew up in Paris and then extensively studied music in the United States leading to Doctoral Studies in Orchestral Conducting. He has been PPO music director and principal conductor since 2007.

“They were very adaptable,” Ochanine says of his impression of the PPO musicians after he first met them. “The level of playing overall was definitely a little bit different from what I was used to in the US. There they play like machines, well-oiled machines. But what I noticed here during my first week was that the talent was fantastic, they had such good energy.”

There have been problems, of course: “Now in the three years that I have worked with them, there have been ups and downs, but nothing out of the ordinary that you would expect in a relationship with an orchestra.”

Ochanine has a mission for the PPO. “It is important for me that I accomplish my mission,” he says. “And that is to leave the orchestra in a better shape than they were when I got here.”

Ochanine notes that “this group has been in existence for 40 years. It has experienced great times, it has experienced very trying times. Of course, being a musician in Manila does not pay very well; a lot of them have to work in several jobs. So, before I leave, I would like to see them more engaged, more challenged, more excited… we are on our way there.”

There is some consolation, however, “At least we are not at risk of being shut down like some of the orchestras in the US. Budget, money.”

“But we do need more support,” the conductor points out. “My goal, I don’t know if I can achieve this but I’ll try my darndest, is to leave them in a situation where they’re making more money here, where they don’t have to work in two or three other jobs.”

He has in mind a chair sponsorship program, getting sponsors from outside, a corporation or a private individual who will sponsor the musicians so they can have extra income, and other “marketing department specials.”

“These are some things many orchestras in the world do to sustain themselves,” Ochanine observes. “They have government subsidy but also chair sponsorship. I really hope we can get that off the ground before I leave in the next two or three years.”

After three years in the Philippines, “I have learned a lot about patience, about the little things in life,” he says. “I lived for ten years in Los Angeles and the lifestyle there is not healthy, you learned to hide under pretense, to develop a thick skin. But here I have learned to be myself, I have found a better me.”

He explains, “You know, you observe people who have nothing, who live with nothing. You see how people make the best of the situation they have, whether it’s a typhoon or sheer poverty, family bonding, something in America you don’t have. Here families are a very important part of life. You have people living with their family all their life. In America you’re out on the street where you’re 18! I was out on the streets when I was 17.”

And the personable music director concludes: “It’s shameful to live in Manila without learning from the local people. They have so much to offer.”

“Romancing Ivory” will be a fusion of popular and classical music, featuring globally-acclaimed performers in the Philippine music scene.

Also known as “the singer’s singer,” grand balladeer  Madela is the first Filipino to win the World Championships of Performing Arts  world grand champion title, and is known for his uniquely wide vocal range.

Sunico, a 1986 TOYM Awardee for Arts and Music, is an internationally renowned and multi-awarded pianist. He is the president of the CCP and the dean of the Conservatory of Music of the University of Santo Tomas.