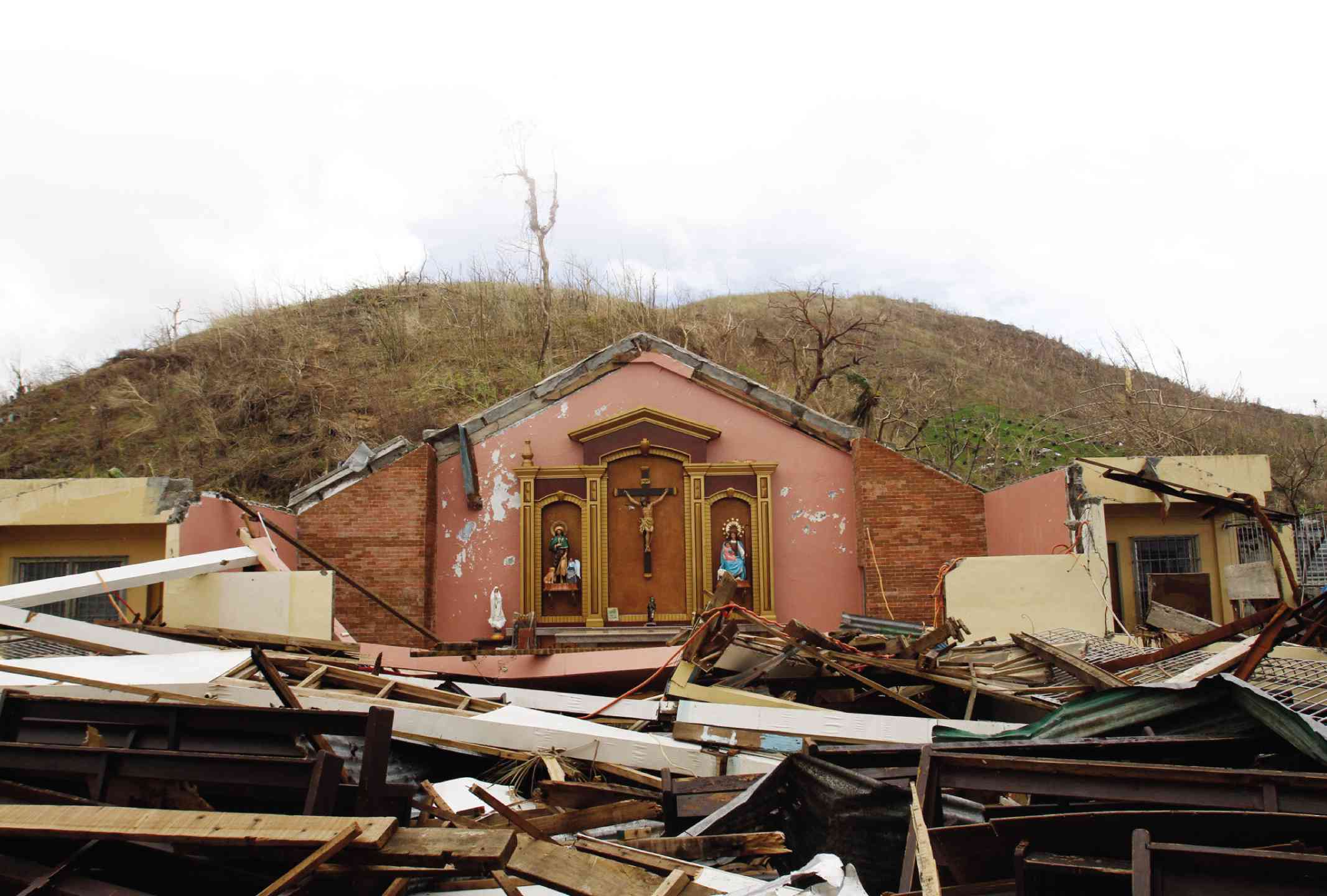 “EVERYTHING was flattened in Leyte,” says the Unesco team. Like Palo Cathedral

An initial framework for action has been drawn up by foreign and Filipino experts to repair and reconstruct precious heritage churches in Central Visayas, mostly in Bohol, severely damaged during the recent massive earthquake and Supertyphoon “Yolanda.”

There is a cohesive master plan to bring “all actors” together. There are termites all over the destroyed buildings and landmarks, and there is need for more documentation, and to beef up security in the areas around the churches.

In the recovery process, culture and art therapy are important.

The faith of the Filipino is heartening.

These are some of the salient points discussed during the recent press briefing given by representatives of the United Nations Educational, Scientific & Cultural Organization (Unesco) and its affiliated agencies. This was held at the National Commission for Culture and the Arts (NCCA) in Intramuros, Manila.

Resources persons were architect Ma. Jocelyn Mananghaya of the International Council for Monuments and Sites (Icomos/NCCA); Stephen Kelley, an engineer and architect with Unesco; Aparma Tandon of the International Center for the Study and Preservation of Cultural Property (Iccrom); Vellorimo Suminguit of Unesco; and Jeremy Barns, director of the National Museum.

The Unesco and Iccrom technical persons were brought to the country by the Unesco Manila office headed by  Moussa Elkadhum.

Said  Tandon: “We have been to other disaster areas before but we were stunned by this tragedy in Guiuan (Eastern Samar). It was shocking. Everything seemed to be flattened. But the people have faith, and that helps their strong resolve to restore patrimony, icons and buildings. This is heartening.”

She added: “We have worked out a plan of recovery headed by Filipino brains, plus some assistance from Unesco and Iccrom. We will build a safer culture for a resilient society.”

Kelley said  the heritage church in Guiuan,  the southernmost town in Eastern Samar, facing  Pacific Ocean, had lost its roof “but most of the materials are still in sight. These materials are very valuable and important, and should be salvaged.”

In Cebu, he observed, “there were cracks in the churches, something we saw over and over again. There’s always a Mass going outside the church. That’s great. Each church has unique building details. And there was a rejection of what today would be considered inappropriate materials.”

Kelley recommended a four-tiered approach: archival research (“a lot done by Filipinos but more needed”); geometrical documentation, including drawings, of standing and collapsed elements; physical survey on the field; and cleaning of debris from sites.

Tandon said an initial framework for action had been drawn up, “and culture is important in reconstruction. The idea that it is not important should be discarded. One of the biggest needs on the ground is security. Systematic salvaging has started, but more effort is needed. This is crucial. And we have achieved a master plan to bring all actors together.”

Suminguit noted that the people of Bohol, although traumatized and in a state of shock, had a strong Catholic spirituality and a sense of regional identity “and they are very proud of this.” Thus, he said, “there is need for art therapy. Art is an important element in the reconstruction process. The plans are physical in nature, there is no cultural element—that’s where artists can come in.”

He added  he was impressed by the cluster meetings of the local governments in Bohol, which avoided overlapping: “Community participation is important to the people; they want to be consulted and to help in any way they can.”

The observation was confirmed by Tandon: “The people have a definite idea how these churches can be restored, and materials salvaged. We are looking at a huge problem and it is not an isolated problem. We need doctors, architects, trained volunteers, specialists. We need people, and hats off to those who are already helping.”

She concluded: “People have been traumatized but all is not lost. This disaster is a window of opportunities, training of professionals and providing livelihood. Cultural heritage is an important measure for the recovery of society.”