Three see-through plastic containers—one containing cotton candy, the other seaweed, the third the iPhone of a company executive. Sealed tight with lids sporting four hinge locks on the sides, the containers are then completely dunked in water. Seaweed and cotton candy remain as they are—dry. With a flourish, another staff whips out her phone and dials the number of the submerged iPhone, still untouched by water in its chamber. Riiiing. 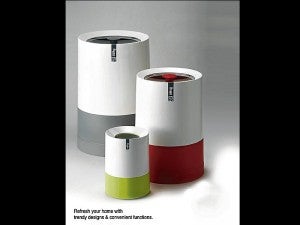 That experiment is how executives of the Korean houseware brand Lock&Lock demonstrate the truth of its claim that its classic line of food storage containers, the products that have anchored the company’s growth into one of the world’s leading kitchen, storage, and houseware brands, is indeed “100-percent airtight, liquid-tight, and moisture-proof.”

The secret, says Lock&Lock chairman and CEO Kim Joon-il, is in the long research and development that has resulted in a premium quality product. The container is not, in fact, made of plastic, but of polypropylene, a substance that Lock&Lock executives say is harmless to the human body and has the approval of the environmental activist group Greenpeace International, which considers it a safer, more eco-friendly alternative to harmful PVC. 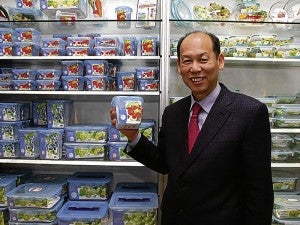 The underside of the lid of a typical Lock&Lock food container is lined with a silicon band, while its corners feature the four-hinge locking system—a patented innovation now widely cloned everywhere (“about 200 different copies in the market today, more than 60 percent from China,” notes Kim, chuckling). When the hinges are pushed down, the container’s rim pushes upwards against the flexible silicon band, resulting in the container’s complete lockdown against air, water and moisture. 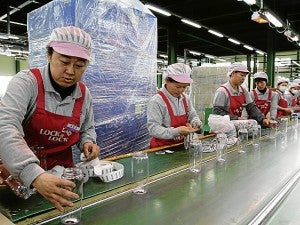 Whatever is inside then—‘baon’ for the kids, leftover food, preserved desserts, dishes that need storing—are kept free from spoilage, while the container’s streamlined, stackable design makes for efficient, space-saving storage inside the ref or cupboard. The containers are also microwave-, dishwasher- and freezer-safe. And, for added convenience, Lock&Lock lunch boxes come complete with utensils (either spoon and fork or chopsticks) and an insulating bag with zip closure and carry handle. 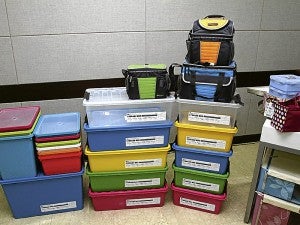 Such attention to detail and quality has made the Korean brand the market leader in its country (about 60 percent domestic share), while also now exporting its products to over 100 countries. Started in 1978 as a distributor of kitchen, bath and kiddie ware and only focusing on food containers from 1998 onwards, the company has grown to 173 stores worldwide, with revenues of $323 million in 2010.

Five plants—one in South Korea, one in Vietnam, and three in China—churn out some 700 new items per year, from the best-selling and ubiquitous lunch boxes and water bottles to cookware, ceramics, glass, stainless steel, outdoor and living storage solutions. (Up next for the company: wood items and furniture.) The sprawling Asan factory in Korea alone is capable of producing more than 250 million pieces a year. The aim, says Joon, is to be the world’s No. 1 brand in the storage container market by 2013. 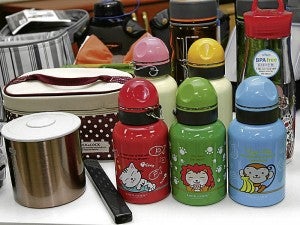 In the Philippines, where Lock&Lock products have been available since 1999, sales have reportedly increased 70 percent in the last five years. More than 500 items are available in flagship shops located at Eastwood Mall, Shangri-La Mall, Alabang Town Center and Glorietta 4, as well as in 300 stores all over the nation, mostly in major department stores and supermarkets.

A good part of that surge in popularity is due to movie star Judy Ann Santos, who endorses Lock&Lock in the Philippines. With her recent marriage to fellow celebrity Ryan Agoncillo, Santos has become a mom-homemaker herself, and thus a bona-fide member of Lock&Lock’s natural constituency.

The most basic items in the Lock&Lock portfolio, after all, are rooted in the home—specifically the needs of Korean kitchens. A typical Korean meal requires quite a number of side dishes and condiments, and so were born the airtight, stackable, ready-from-ref-to-table food containers in various shapes and sizes. Also, to accommodate traditional Korean fermenting practices for making kimchi, the company developed containers with open vents on top.

And, for mobile urban dwellers, it created the “Living Box”—lightweight storage boxes made of fabric and steel lining, in trendy colors, with a convenient twist: a transparent strip in front that allows one to check the box’s contents at a glance, without having to unzip the top flap. The “Living Box” is now among the company’s top-selling items in Korea.

By hewing close to the needs of the busy, workaday home while employing state-of-the-art technology for its products, the goal, says Jo Hyun Yun, chief production officer at the Asan plant, is for Lock&Lock to become like Ikea, the Scandinavian lifestyle brand known for versatile, durable, functional, and stylish household pieces.

Lock&Lock, for instance, innovated on the lowly waste bin with a double chamber that completely conceals the plastic bag holding the trash, creating a neater, more hygienic appearance. Along with its bright colors, the reimagined “Bynn,” as it’s called, won a RedDot design award for 2011—a prestigious international product design prize awarded by the Design Zentrum Nordrhein Westfalen in Essen, Germany.

Another RedDot awardee is the Lock&Lock Glass line—containers made of elegant heat-resistant glass, ready for instant food thawing from freezer to microwave, or for serving from oven to table, and stain- and odor-resistant. The covers, of course, remain those iconic four-hinge locks, about which Lock&Lock is quick to assert its edge: the flaps, they say, are so sturdy, that at the rate of their being flexed up and down at least 10 times a day, it would take some 3 million repetitions, or 821 years, for the flaps to break off.

True to form, the company has also built a demonstration machine to back up that claim. Really, though, moms, whether in Korea, the Philippines, or anywhere else, would be happy enough with only one proof: that their kids’ baon remains spill-proof, spoil-proof, warm, and fresh every day.

The proof of the pudding, in this case, is in the keeping.