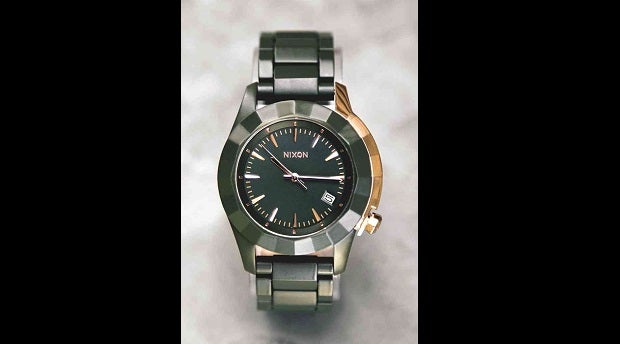 We all know that Christmas is not just about the gifts, but unless your name happens to be Ebeneezer, gift-giving will be a pretty big part of this season.

Those in Cebu often lament the lack of shopping choices in town, but we beg to differ. You just have to know where to look.

We’ve compiled the ultimate Christmas gift list for the special people in your life that you want to go the extra mile (or buck) for.

Whether you’re shopping for a domestic goddess or globetrotting adventurer, this list has got you covered.

They say patience is a virtue, and instant gratification, a vice. Part of the pleasure of collecting wine is knowing that you have some good stuff in your cellar, ready to be opened when you deem it fit. The anticipation and the thorough contemplation on when the time is right is part of the fun.

And when you do give in to the wait of what could be months, years or even decades, the acceptance of your wine’s destiny liberates you completely.

Should the discerning wine lover find a bottle of the Chateau Mouton Rothschild 1995 in his Christmas stocking this year, he will not open it right away even if some say it is ready for drinking. It will be one of the star bottles in his cellar, akin to an athlete’s gold medal or an actor’s Oscar.

Influential American wine critic Robert Parker has described this wine as having evolved into one of Mouton Rothschild’s greatest vintages.

So if you’re looking for a bottle to give an oenophile friend this Christmas, this is it. He’ll put it at the very top of his cellar, just as he’ll put you on a pedestal.

Admit it, you wish you could drive the way Charlize Theron’s character Stella Bridger did in the 2003 remake of “The Italian Job” when she zinged her Mini through lumbering traffic to ease into a 1.5-ft space between two colossal SUVs.

That movie had to be the best full-length advertisement for the British automotive brand, and it’s still the first image that pops into our minds when we see the car.

For our roads though, the most practical vehicle to navigate the unpredictable floods would be the Mini Countryman S, Mini’s sexy SUV that looks adorable from all angles.

As a four-door vehicle, the quirky stunner can fit a family of five and still pack some stuff in the back.

The 2013 model earned the Top Safety Pick from the Insurance Institute for Highway Safety, and apparently defies convention by being able to go fast while still being great on gas.

It’s got just the right amount of flash, and when it’s all about the journey and not the destination, the fun, sassy driver’s daily drives will be nothing short of pleasurable.

Promising to be the lightest, fastest Royal Enfield in production, the Continental GT is the perfect gift for the rebel, the speed demon and the adrenaline junkie in your life.

Or really, for anyone that appreciates a nice ride.

This mean machine pays homage to the Rockers, a biker subculture that originated in 1950s England, which (not coincidentally) is where the Royal Enfield brand was birthed.

The Continental GT’s retro-inspired styling makes it a looker, but for those who care more about what’s on the inside, its ahead-of-the-curve engineering is impressive, too.

Modeled after the iconic café racer, the Continental GT is the Royal Enfield brand’s motto come to life, “Built like a gun, goes like a bullet.”

For the uninitiated, café racers were the Rockers’ transportation of choice.

Legend has it that the Rockers (or leather boys or coffee bar cowboys if you wanted to tick them off) would put on a record at the jukebox, get on their café racers, then race from the café and back before the record was done. Our roads are not exactly optimal for speeding, but theoretically speaking, the Continental GT should let you get ahead of the pack without even breaking a sweat.

That tastemaker and trendsetter you’re shopping for will no doubt already have a luxury watch in her wardrobe, so why not give her a timepiece that may be less timeless but certainly more fun?

We love this Nixon Monarch watch in All Surplus/Rose Gold because while the military green color is bad-ass, its rose gold accent injects it with just the right amount of glam.

For the hospitable host or the gracious lady of the house who treats entertaining like a full-time job, this 60-square-inch dining table will be the ideal venue for an intimate dinner party of eight.

This clever, streamlined piece made of Philippine mahogany was designed by American, Cebu-based furniture designer Gregg Huettel exclusively for Allison Tyler, the luxury home furnishings store he opened early this year with his wife Agnes, who herself has entertaining down to a science.

What’s great is that you can customize it according to your personal preferences—stained to show off the wood’s natural grain (the one we show here is in a chocolate brown finish) or painted in a color of your choice if you’re partial to a more modern aesthetic.

You can even have yours scaled down to a four-seater version, although where would be the fun in that?

The square shape makes for easy, free-flowing conversation, allowing the affable hostess to relax in the company of her guests. With the cozy setting though that makes eye contact unavoidable, she just has to make sure they are all as fond of each other as they are of her!

They say that beauty is in the eye of the beholder but with the visual poetry of celebrated abstractionist Raul Isidro, we’re pretty sure that all eyes who feast on his emotional tributes to Mother Nature will be completely love-struck.

His stunning creations capture the endless variety of forms, shapes and colors found in everything from the trees to the seas, and truly become masterpieces worthy of their subject.

Perhaps, the fact that Isidro had explored and mastered realism and a variety of media, including sculpture, explains why his abstractions have substance—the man can actually draw.

Considering the 70-year old Calbayog native has been a recipient of the Ten Outstanding Young Men of the Philippines award and has had over a hundred solo and group exhibits at home and abroad, what art enthusiast wouldn’t want to own one of his pieces?

What could be a grander Christmas present for the devoted Stones fan than to get  two tickets to the mythic band’s one-off concert at The Venetian Macao’s Cotai Arena on March 9, 2014?

To watch the soon-to-be-great-grandfather Mick Jagger, 70, and his fellow geriatric rock stars Keith Richards, 70; Charlie Watts, 72; and Ronnie Wood, 66, perform some of their most iconic hits in their five decades of rock and roll, including “Jumpin’ Jack Flash,” “Tumbling Dice” and “Paint It Black,” would be simply surreal.

These guys have defied medical science and all the laws of nature but for how much longer, nobody knows. If you’re going to catch them before they inevitably go into retirement in next to no time, splurging on the VVIP tickets for this “14 on Fire” tour—everything else has sold out anyway—will not only get you the best seats in the house right in front of the giant tongue-and-lips-shaped stage, but also VIP entrance and access to the pre-concert VIP party.

This concert will probably be their last so close to home, so there is no excuse not to be part of history in the making.

A trip to Maldives

Yes, we have beautiful deep blue seas, white sand beaches and many, many palm trees here but we also live in a country where everyone knows everyone, plus a few more. When you really want to get away from it all, chances are, if you go to a beach resort anywhere from Batanes to Tawi-Tawi, you will still bump into somebody you know.

So instead of shipping yourself off to Antarctica, find your solace in the one-island one-resort concept of the Maldives.

Cathay Pacific now flies to Malé four times a week from Hong Kong and with their awesome in-flight entertainment with movies and music on-demand, you’ll wish the just under seven-hour flight from Hong Kong were a wee bit longer.

No one embraces the withdrawal from city life while offering sophisticated pleasures as much as the Four Seasons Resort Maldives at Landaa Giraavaru, which is only accessible via seaplane or private boat.

Now that you’ve gotten away from it all, turn off your phone, and either treat yourself to a  ayurvedic spa, sail, snorkel, dive or if you really want to, it’s the perfect paradise to do absolutely nothing.

Check out www.cathaypacific.com for flight bookings, and visit the Four Seasons Resort Maldives at www.fourseasons.com/maldiveslg for hotel bookings.