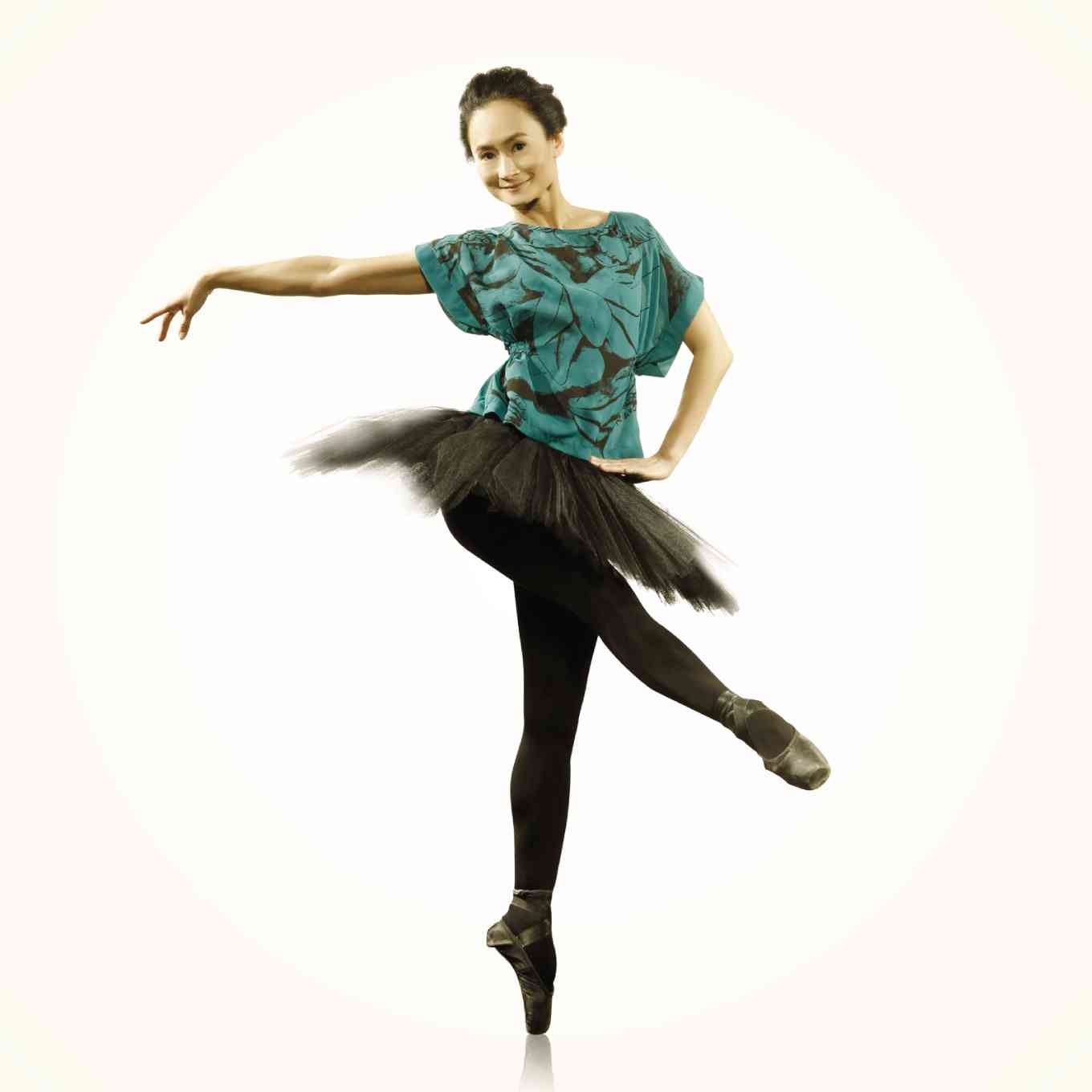 LISA Macuja-Elizalde in Freeway: She did it her way.

“Ballerina of the People” Lisa Macuja had a triple threat for her many fans at year’s end: “Le Corsaire,” “La Bayadere,” and, for Christmas, the traditional “The Nutcracker” (Aliw Theater, Pasay City).

Macuja remained in great form, but “Le Corsaire,” as she herself pointed out, is “a man’s ballet.” And the evening belonged not just to her but likewise to Rudy de Dios (as the pirate Conrad) and to Gerard Francisco (as Ali the slave), who both danced magnificently.

Solid support was rendered by the Manila Symphony Orchestra under the baton of guest conductor Alexander Vikulov of Russia. It was a fitting end to the “swan song” series of the prima ballerina, as she bade goodbye to her major roles of the past.

Trumpets’ “Blue Bird of Happiness” (Meralco Theater) was an expensive, derivative but affecting, and handsomely mounted production (scenography by Mio Infante), a cautionary tale for children (and adults) to avoid the pitfalls of greed and “the lap of luxury.” In short, be happy with what you have while trying to improve your life and seek happiness.

The music was by Rony Fortich and the show marked a personal triumph for Jaime del Mundo, writer, lyricist and director.

It was a stroke of genius on the part of playwright Rody Vera to set Shakespeare’s “The Merchant of Venice” in a Nazi concentration camp (“Der Kaufman,” Tanghalang Pilipino at Tanghalang Huseng Batute, Cultural Center of the Philippines). But he overdid it.

Can you imagine Shylock (Jonathan Tadioan) being killed in front of you and the supposed spurting drops of blood landing on your face just because you happened to be in the front row? Then, Shylock’s imagined wife (played with intensity by Racquel Pareño) committed suicide, to top it all!

Tuxqs Rutaquio directed in a sexy style that made me uneasy because there were many schoolchildren around in uniform. What will Nestor Torre say?

On the plus side, ensemble acting was riveting. Tadioan (pronounced Tadiwan) gave the performance of his life. Marco Viaña, who has matinee-idol looks, was properly insufferable as a Nazi goon. And the production design by Rutaquio was disturbingly effective.

The music (Manzano-Pimpinio-Santos) was a mélange of pop, rock, rap and kundiman-opera-style arias. The dancing was energetic and demanding on the performers (director Dexter Santos is a choreographer), but they rose to the occasion. The libretto by Nicholas Pichay was a hit with the audience.

As Maxie, young Jayvhot Galang is a real find—singing, emoting and dancing with verve. As the handsome, honest, too-good-to-be-true cop who is the object of Maxie’s affection, Jojo Riguerra was also just right for the role.

Trained tenors Nazer Salcedo and Al Gatmaitan of the Philippine Opera Company (POC) showed once again how good they could be when shifting to drama and musical theater.

The quiet charm of the film (with its muted ending) was lost in the noise and bustle. (There was even a riot at the end!). But it can be argued that this musical play is more ambitious in presenting society’s ills.

There was a flurry of musicals at the end of the year. The cast of “Grease” (9Works Theatricals, directed by Robbie Guevara at the Romulo-RCBC Plaza Theater), headed by Gian Magdangal and Frencheska Farr, was not too convincing as smart-ass American high school students. But once they started singing and dancing, everything was fine.

Celebrity macho Michael de Mesa put in a surprise appearance as a gay blade, playing the fairy godmother with gay abandon, and stole the show.

“The Producers” (Repertory Philippines) was, as expected, hilarious and “The Addams Family” (Viva-Atlantis) was a black comedy with great production numbers and dancing, and showy performances by the cast led by Eula Valdes and Arnell Ignacio.

“Teatro Porvenir” focused on Bonifacio as an entablado player. “Andres Bonifacio: Ang Dakilang Anak-Pawis” (at the GSIS Theater) had a surprise: the vivacious Rebecca Padilla of the show-biz clan, caparisoned in a Muslim costume, as the Narrator. And “San Andres B.” (CCP) was, as director Floy Quintos put it, “Bonifacio without the clichés.”

Gantimpala Theater’s “Katipunan (Mga Anak ng Bayan)” at the AFP Theater was directed and choreographed by Joel Lamangan as a kind of dance-drama spectacle, with an interplay of lights (Ninya Bedruz). The music was by RJ Jimenez and the libretto by Joey Jeffrey Camañag.

Sandino Martin as Andres and Rita de Guzman as Oryang have fine singing voices. They were a hit with the students and their love scenes, although tame, evoked screams.

Our man in New York, tenor Rogelio Peñaverde Jr., continues to appear in many classical as well as contemporary operas in the US, promoting the country in his own way (like many Filipino musical artists abroad, I hasten to add). He has performed as Ferrando in Mozart’s “Cosi Fan Tutte” in Washington DC and Boston, and launched a Thanksgiving album, “Sacred,” sponsored by the Philippine Center of New York. Included are two of his compositions.

In 2014, Peñaverde will star as Lindoro in Rossini’s “L’Italiani de Algeri” in New York, and participate in a fundraising event for Supertyphoon “Yolanda” survivors called “New York Artists for the Philippines.”