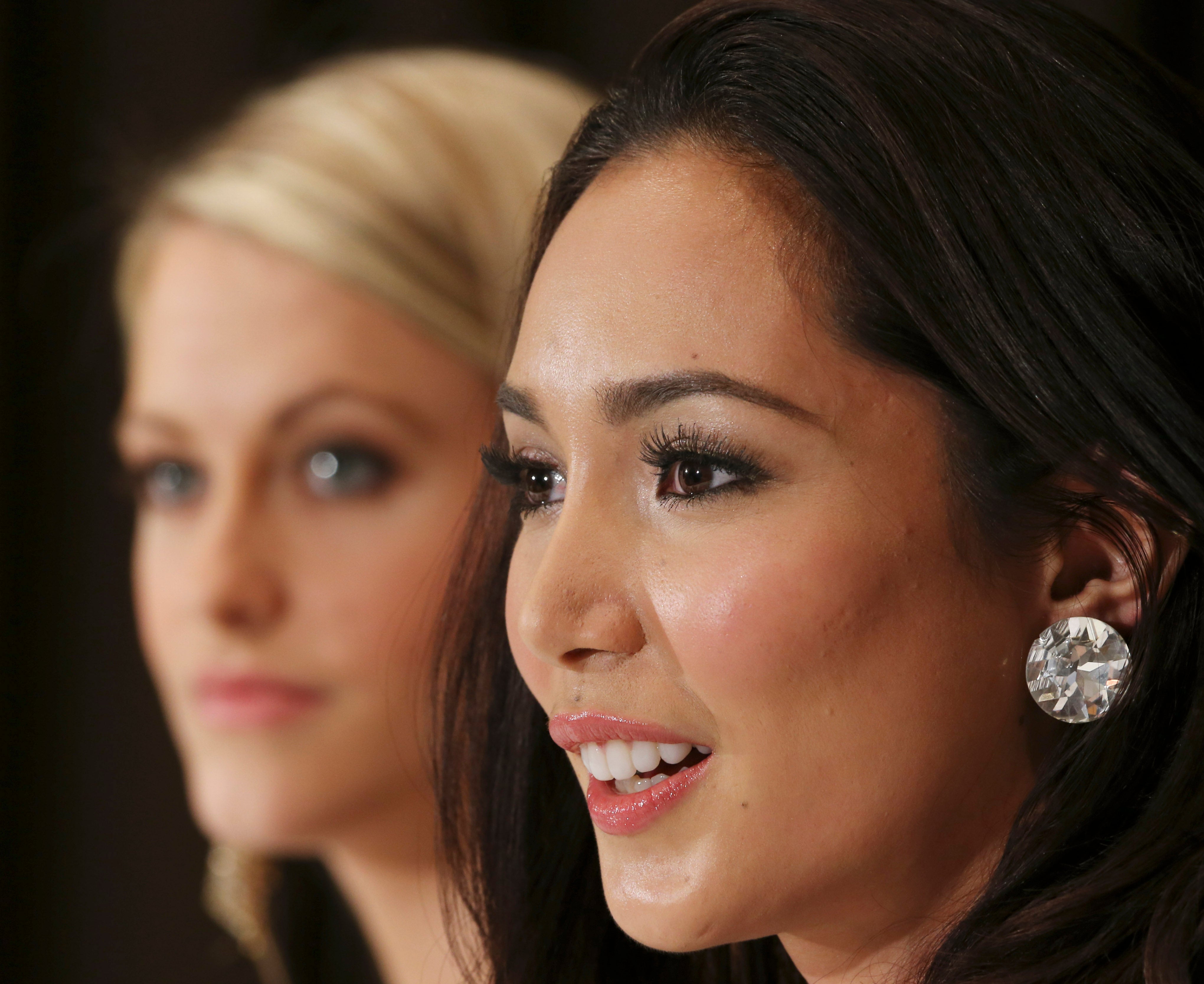 “Miss Japan told me, ‘You’re funny. Every time you go up and leave the stage, you pray.’ I told her that is my source of power,” Santiago told members of the local media on Sunday in her press conference at the Gloria Maris Banquet Hall of the Gateway Mall in Quezon City.

“Even the Latina—they are all Catholics—I gathered them all and we formed a prayer circle. I speak English so I pray aloud. Prayer is a lot powerful if you do it together,” said the 23-year-old native of Masbate.

“The President was such a gentleman. He stood up when I walked past him. He congratulated me and said he hoped I do well in the competition. After that, everything became lighter for me,” said Santiago.

“I missed a sushi activity with the candidates when I met the President. But I told my fellow contestants, ‘I’m sorry but cutting tuna is not as important as meeting the President.’ You only get to meet him if you’re a winner. And I was not Miss International yet at that time. It was such an honor,” she said.

Santiago also said she became more relaxed and happy after her encounter with the President.

Before she left for the global tilt, Santiago said she has already prepared for the worst.

“I already heard about other pageants where the candidates were extremely competitive. I was planning on locking all of my belongings and putting name tags everywhere, and watch what the other girls would do. The Philippines is a loud voice in pageants now, especially after Ariella [Arida placed fourth in the 2013 Miss Universe pageant],” Santiago said.

“But it was the opposite. All of them were so nice. They were asking for pictures with me. I wondered why, but they said, ‘You’re very popular.’ Even after the coronation, there was no bitterness,” she added.