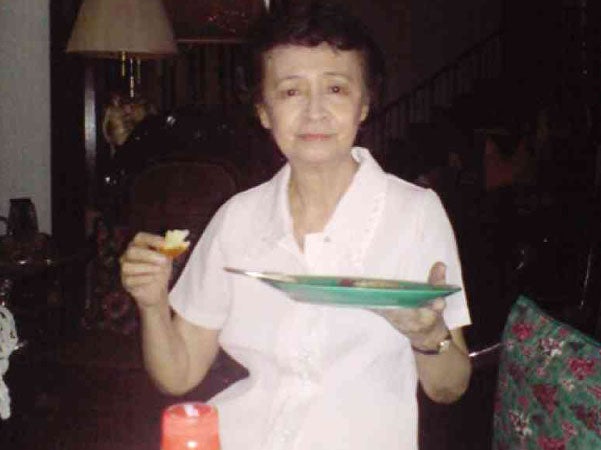 Diners are the ultimate food critics

A house is nothing but timber, pilings and tiles, and will hold only as many ghosts or memories that you allow to flourish. Every year, on Christmas Day, my friends and I would shake off the torpor of the previous night’s revelry and make our way to a late lunch at a friend’s mother’s house—yet another table groaning with holiday food, a turkey or two (with leftovers made into soup for merienda), ham and soft white bread, fruitcakes and sweetmeats.

It was the ultimate after-party, when the crazy part of the festive season gave way to the actual holiday part.

Tita Lulu Casas Quezon passed away last year, and we tried upholding the tradition, but to no avail. The food and festivity seemed bound up by her charm and grace, and holding it at her house, from which her spirit had long since moved on, only made us miss her more.

Her passing also seemed like the the end of an era, when families were large, meals were home-cooked, and there was a right and proper way of doing things.

It was into this world that Nora Daza, who passed away this year, was born, and which she transformed during her lifetime. Like many cultural institutions, she was born of a particular time and place and need. Her greatest legacy was that she left her work unfinished. There was a time when Daza needed to teach Filipino middle-class kitchens, when they aspired to homely American suburbanism, that there was a world beyond that where the culinary arts are a way of life; but just as importantly she brought our food into the heart of the French capital, with a restaurant in the 5th arrondissement and giving lectures at Le Cordon Bleu. We owe her a debt of gratitude for the brave new world she opened up for our palates, and for the growing awareness of Filipino food outside of the Philippines.

I read somewhere that about 100 new restaurants opened this year in the central districts,  which is fairly mind-boggling.

Where are all the customers coming from? It seems almost quixotic to open a restaurant with a volatile, whimsical market; but many of my closest friends are chefs or restaurateurs, and they want to follow their dreams, and who am I to stop them?

If the ultimate mogul’s folly is to own an airline even if the statistics of success are never in their favor, the well-off businessman will always want to own a restaurant. I tell them that the competition is fierce, the rent extortionist, the crowd fickle, and the critics savage, but they go on anyway.

Perhaps it is the sheer number of restaurants that have opened, and the sheer number of various media through which people can voice their opinion, but there seems to be a nascent but ongoing, and growing, conversation about food that includes intelligent criticism.

This is even more exciting to me than the 100 new restaurants: that people can finally talk about food and not just whine or complain or rant, but discuss and critique and disagree. I hate food snobs as much as the next person (but not as much as I hate wine snobs), and dislike being held hostage and harangued with a lecture about Maillard reactions when I have my fork poised to eat my steak.

But life is also too short for bad restaurants, and with prices at “mid-range” restaurants pushing toward P3,000 a head, I want to know what I’m in for.

It’s also great to have a plurality of opinions. There are a number of food critics who write for rival publications, magazines, or run successful food blogs that I often disagree with. That makes it more interesting—a step in the direction of a mature and sophisticated food scene if someone who is thinking of trying a new place can read diverse views. Eating out becomes a conversation between chefs and critics and diners, and in this conversation diners will always have the final say because they vote with their wallets (and can also be very vocal about their impressions).

Perhaps the most exciting thing about these hypothetical 100 restaurants is what it allows the 101st restaurant to do. At its best, food is an art form that nourishes all senses at the same time that it sates the stomach; and like all art, it has a grammar and vocabulary, tropes and trends, references and allusions.

The new restaurants opening late this year are building on all what has come before, even just this year: new contenders in the ramen wars that would have been just another bowl of soup before we acquired a sophistication we didn’t have this time last year; or ultra high-end playful food that required an attention and refinement that might have been difficult to find just a year ago.

Nora Daza, amazingly enough, lived to see eating in Manila reach a level of cultivation and refinement that was beyond the imagining of the generation who flocked to Au Bon Vivant in the 1960s. She also saw her son Sandy open a restaurant that was not French but Filipino, because we had finally decided to take our own food seriously.

If you find yourself reaching saturation with Angus or Wagyu beef burgers, bacon on everything, pork belly roasts, cronuts (and bronuts and Cro-nuts and Kronuts) and Speculoos cookie butter, then it’s also comforting to see how far we’ve come. It’s also nice to go back in time, as I like to do every year, to Excelente ham from Quiapo on loaf bread and tinned butter cake, and remember afternoons with Tita Lulu while Debussy’s music wafts across the room.