Ariella Arida: This is how you chase a dream | Inquirer Lifestyle 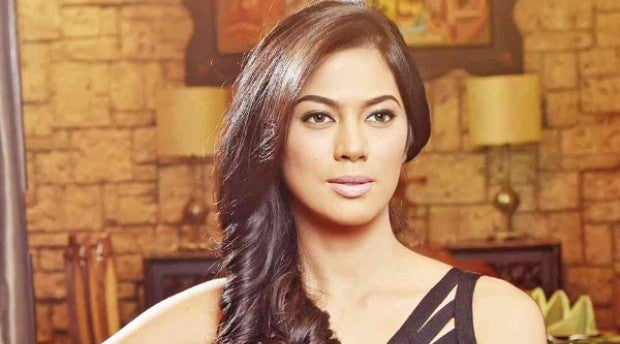 Ariella Arida: This is how you chase a dream

She was only 10 when Miriam Quiambao won first runner-up in the 1999 Miss Universe pageant, but Ariella Arida remembers the day very distinctly. Until then, her childhood had been quite normal, filled with familial duties and school activities.

“My parents are both teachers in Alaminos, Laguna, so education was high on their list,” she said. Unlike some Filipino mothers who secretly entertain thoughts of having a beauty queen for a daughter, Arida’s mother did not.

“They always told us how important it was to have a good education. After I saw that Miss Universe telecast, however, I began thinking, ‘What if?’ What if I followed in Miriam’s footsteps and trained hard to become a beauty queen, or even Miss Universe herself?”

As it turned out, Arida would have to wait more than 10 years before she could pursue her dream. “When I told my mother about my plans, she said I needed to finish my studies first.”

To her credit, Arida was and is a dutiful daughter. She did not join any school-sanctioned, town- or city-wide pageant. Even after she was spotted by a talent scout a few months before her graduation from university with a degree in BS Chemistry, she politely turned him down.

Upon her graduation, however, she began to take a more active role in pursuing her dream.

“I wasn’t a really good student, although I passed all my subjects. When it came to joining Binibining Pilipinas, and subsequently the Miss Universe pageant, however, I really gave my all. I exercised, I dieted. Kinareer ko talaga (I made a career out of it).”

Her hard work paid off: Arida placed third runner-up in this year’s Miss Universe pageant. While many of her very vocal countrymen felt she was robbed of the crown, Arida feels no ill will toward the organizers or the other contestants.

“I really strove to win the crown, but I also made it a point to enjoy myself in Russia, where the finals were held. I was chosen to attend events that not all the contestants were invited to, like Mercedes Benz Fashion Week,” she said.

In hindsight, she noted that she must have been doing something right, because she was invited to many of the sponsored activities. At the time, however, she was in competition mode; hence, she had no time to think about how she was doing, pageant-wise.

“If there’s one thing I would change, I’d probably bring more outfits, dressier ones. The other girls there were really dressed to impress,” Arida said. “Fortunately, I managed to make an impression on the judges.”

To celebrate her eventful year, the 25-year-old put together a charm bracelet from Pandora. The sneaker charm is for her love of running, the tiara marks her beauty queen status, while a camera, luggage, globe clip and airplane are symbols of her busy life as a model.

Although Arida has yet to set foot in Paris, an Eiffel tower charm is there to remind her to continue dreaming. After all, dreaming is what got her to the Miss Universe stage in the first place.