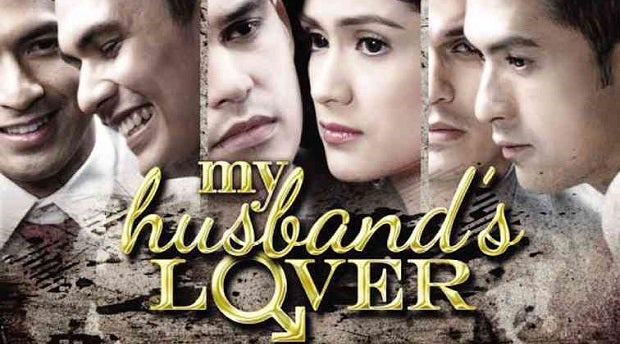 Pop culture hits and misses of 2013

When we think of 2013, we see cronuts. And cookie butter. Jars and jars of cookie butter. These were just two of the food fads that hit Manila (and Instagram) this year.

“Selfies” were huge in 2013—everyone’s Facebook, Twitter and Instagram feeds were flooded with many self-portraits that the word has made it to the Oxford Dictionaries along with “twerk” (more on that in a bit), “cake pops,” “emoji,” “unlike” and “srsly.”

Instagram introduced a video function (and now a private messaging feature), but that hasn’t been enough distraction for the selfie-obsessed.

The Royal Baby watch ended on July 22, 2013 after the Duke and Duchess of Cambridge welcomed their son Prince George Alexander Louis of Cambridge.

In a couch potato’s dream pairing, Adam Brody of “The OC” and Leighton Meester of “Gossip Girl” announced their engagement.

Another Adam—Levine, of Maroon 5—was taken off the singles market by Victoria’s Secret model Behati Prinsloo, breaking many hearts in the process.

The boardroom reality show “The Apprentice” got its first Asian version this year via “The Apprentice Asia” on AXN. Chosen winner was Pinoy Apprentice Jonathan Allen Yabut, a go-getter who is now working directly under Air Asia mogul Tony Fernandes.

The Kramers charmed people with their cuteness; Chloe Moretz shone both as “Carrie” and “Hit Girl,” the Teng brothers impressed us not just with their hoop skills but their sibling love; Miley (and her twerking) made our jaws drop; Charice came out of the closet; Robin Thicke blurred lines, Anne Curtis can afford to buy a club; Loki (Tom Hiddleston) stole Thor’s thunder; and Joseph Gordon Levitt and Jennifer Lawrence made us fall in love again and again and again.

SM Olongapo elevator girl Cheridel Alejandrino charmed countless Filipinos with her cheery disposition and dedication to her job. Her YouTube videos, which were shot by mall customers, got her much attention that the show “Maalala Mo Kaya” featured Cheridel’s life story.

Genelyn Sandaga’s YouTube covers of Taylor Swift’s “I Knew You Were Trouble” and Pink’s “Just Give Me A Reason” were far from perfect, but people enjoyed them anyway, with each video getting over 500,000 views on YouTube and her securing guest stints on news and game shows.

Kai Langer’s journey to becoming Ellen DeGeneres’ Bruno Mars-loving four-year-old Fil-Czech boyfriend started when his mom posted a video of him singing “Grenade” on YouTube. Since then, he has guested on Ellen’s show a few times, singing a number of Bruno Mars songs, giving Ellen a bracelet, and getting the chance to meet and sing for his idol Bruno on one of his plane rides.

Some people went viral for all the wrong reasons. There were sex videos, but even more shocking were the photos of Janet Napoles’ daughter “baby gur” Jeane Napoles starring in her very own Bling Ring.

“Doctor Sleep,” Stephen King’s sequel to his 1977 hit “The Shining,” was released this year and it did not disappoint. Fans got to see Danny Torrance and his “shining” talent all grown up.

“Allegiant,” the conclusion to Veronica Roth’s “Divergent” series, came out this year. It wasn’t as good as the first two books, but it finally revealed what was going on between the factions and the factionless.

“Inferno,” Dan Brown’s latest  novel about the character Robert Langdon, caused a raging inferno on social media as his written portrayal of the Philippines didn’t sit well with Pinoys. He referred to Manila as the “gates of hell,” as if he has first-hand knowledge of Christmas traffic in the Philippine capital.

After the hype of J.K. Rowling’s post-Potter novel “Casual Vacancy,” the author wanted to release a book that would stand on its own merits, so a pen name, Robert Galbraith, was born along with a whodunit titled “The Cuckoo’s Calling.” The book soared to the bestseller list before she was outed as Galbraith.

We loved “Night Film,” Marisha Pessl’s mystery thriller and how it comes packed with multimedia content. We loved the book’s app, too.

We couldn’t put down “Eleanor & Park,” Rainbow Rowell’s newest book. This may be a Young Adult book but it’s not just for teenagers.

Book lovers in Manila were treated to a beautiful partnership this year between National Book Store and Kobo. The digital e-reader became available in select branches of National Book Store. We’re partial to the Kobo Glo, an E Ink reader which has a front-light system to help you read in the dark without hurting your eyes.

Crafting was huge this year as workshops in rubber stamp-making, paper-cutting, watercolors, fabric-stamping, crochet, knitting and other cool crafts popped up. The handmade movement was really swinging this year and it’s only going to get bigger.

GMA 7’s “My Husband’s Lover” was one of TV’s biggest hits in 2013. The drama series, which starred Tom Rodriguez, Dennis Trillo and Carla Abellana, had people riveted for months, with everyone eager to find out if Eric would end up with Vincent.

ABS-CBN’s “Be Careful With My Heart,” which stars Jodi Sta. Maria and Richard Yap, enjoyed continuing success. Fans of the show got a treat this year when they finally got to witness Maya and Sir Chief’s wedding.

The Philippine franchise of the hugely popular “The Voice” singing competition was a success, with Mitoy Yonting being declared its first winner. The show also featured Lea Salonga, Sarah Geronimo, apl.de.ap and Bamboo Mañalac as  judges.

“The Game of Thrones” Red Wedding episode shocked TV viewers across the world (and spawned a number of hilarious videos). As author George R. R. Martin told talk show host Conan O’Brien, “But you know, they would know if they’d read the books.”

“Silence of the Lamb” fans got to experience a whole new Hannibal with the NBC show starring Laurence Fishburne, Hugh Dancy and Mads Mikkelsen as the cannibalistic serial killer. The show is creepy- creepy cool.

“Pitch Perfect” nerds (yes, we’re part of that group) got the regular dose of Rebel Wilson they were wishing for, with her TV show “Super Fun Night.”

It was the moment “New Girl” fans were waiting for—yes, Nick (Jake Johnson) and Jess (Zooey Deschanel) finally got together this year.

Fans of James Spader got their wish this year as the man returned in a leading role on new show “The Blacklist.” It is this generation’s “Alias,” for those who can still remember the TV show that propelled Jennifer Garner to stardom.

Cinemalaya had a fantastic lineup this year—our favorites were “Ekstra,” “Babagwa,” “Quick Change,” “Transit” and “Purok 7.”

Other films that kept us glued to our cinema seats were “Despicable Me 2,” “Wolverine,” “Before Midnight,” “Gravity,” “Captain Phillips,” “Carrie,” “This Is The End,” “On the Job” and “Catching Fire.”

A record number of celebrities arrived in Manila in 2013 and not just for concerts (although there were a lot of them, too). Sarah Jessica Parker for SM, Lebron James for Nike, Kobe Bryant for Lenovo, Liam Hemsworth, Taylor Lautner and 2PM’s Nichkhun for Bench, Mario Maurer and Baifern Pimchanok for Penshoppe, Troian Bellisario of “Pretty Little Liars” dropped by together with off-screen boyfriend Patrick J. Adams of “Suits” for ETC and Jack TV. The new batch of Gleeks—Melissa Benoist, Jacob Artest, Becca Tobin and Brody Weston—were also here for Coca-Cola.

Justin Bieber flew in to bring joy to the Supertyphoon “Yolanda” survivors.

2013 was a great year for music fans, with many acts flying in to the country for concerts. Alicia Keys, Jason Mraz, Tegan and Sara, Rihanna, Bloc Party, The Script, Tony Bennett, Fall Out Boy, Linkin Park and The Killers were just some of them.

Pinoys who were dying to attend a music festival finally got their wish when “Wanderland” happened. The event featured bands like Temper Trap, Neon Trees, Nada Surf, Colour Coding and more.

2013 was a painful year, too—with a number of natural and man-made disasters and tragedies causing senseless deaths. Maring. The Bohol earthquake. The PDAF scam. The Zamboanga siege. The Boston bombing. Typhoon Yolanda.

But these calamities and acts of violence and corruption were met with an outpouring of kindness, acts of compassion, stories of bravery and hope.

We can only wish for a better year ahead.