Peace and comfort in the land of Ferdinand Magellan | Inquirer Lifestyle 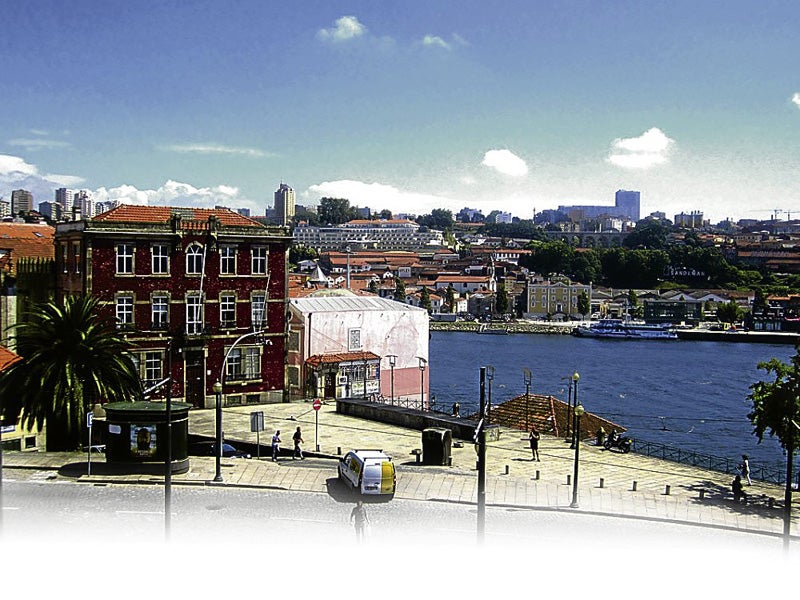 Peace and comfort in the land of Ferdinand Magellan 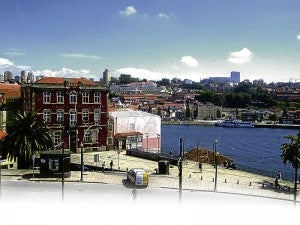 If there was anything that could most fittingly describe our brief journey into Oporto in Portugal, it would be comfort, familiarity—a strange feeling of having somehow been there before in some long forgotten past, and an inkling that we had something to learn from this visit.

On our yearly sabbatical to a foreign land, numerous opportunities presented themselves from our base in Madrid, Spain—trips to nearby towns for a day like Escorial, Toledo, Avila and Segovia. Our friends Marlon and Ronald wanted a peek at another country within limited time and our usual penny-pinching budget.

We picked Oporto, Portugal, since it wasn’t as famous, therefore wouldn’t be as crowded as Lisbon or Fatima, but is said to be the birthplace of Ferdinand Magellan. Marlon booked a trip on budget airline Ryan Air from Madrid, reserved Grande Hotel Do Porto for two nights, and we readied ourselves for a relaxing visit out of town.

We arrived Sunday past midnight at Carneiro Airport (named after John Carneiro, schoolmaster of Braga Cathedral), the third busiest in the country, 15 km from the city center. An Aero Bus from the airport would have cost only 4 euros each, the Metro line even cheaper at 1.50 euros, but delays on the way made us miss both transports. All that was available was a taxi at 20 euros but strangely enough we didn’t hit the ceiling we normally would have at the setback. There were three of us so that wasn’t so bad, we rationalized.

Fortunately, the hotel was not only right smack downtown near the sights, but also where souvenir shops mix with international brands, local arts and crafts, and numerous eateries. But for us, the best part was the hotel itself—a 3-star affair with the look and service of a 5-star, with a huge comfortable room, helpful multilingual staff and the complimentary full buffet breakfast so filling one could easily skip lunch and go straight to dinner. Plus, our per person rate came down to less than US$30.

We only had a day and a half in town, so our hotel concierge suggested we hire a private car with driver to bring us around. But the mildly cool Mediterranean air made us want to walk around the town instead. 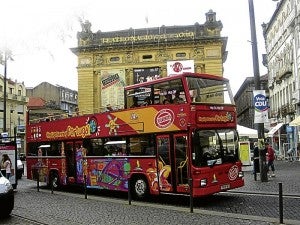 Walking up and down the street was like negotiating Baguio’s Session Road in February with just the right amount of cold air nipping at our cheeks, and the sloping terrain that could well serve as our morning wake-upper at the gym but only better. With our differing interests, we obviously had to split up but kept bumping into each other from time to time. The city was that small, with a 250,000 population, while Baguio has 300,000.

At the souvenir shops, we asked for T-shirts, magnets or any remembrance of Magellan, but they didn’t have any.

We share with Portugal the numerous Unesco World Heritage sites throughout the country. While we have a predominance of churches, marine sites and the Banawe Rice Terraces, Portugal has monasteries and towers, prehistoric rock sites and the intricately terraced wine-growing region.

In 1996, Unesco cited the Historic Center of Oporto as a Heritage Site for outstanding buildings of historic interest, such as the 12th-century cathedral with a Gothic cloister, the 15th-century Manueline-style Church of Santa Clara, the opulent Stock Exchange building, and the baroque Igeja São Lourenço, which we decided to visit in the afternoon.

In its effusive homage to the city, the Portuguese Tourist Office adds, “Situated on the right bank of the River Douro, very close to its mouth, the city of Porto’s historical center preserves a strong identity forged over many centuries, clearly visible in its remarkable buildings and unique urban fabric enlivened by the great vitality of the local inhabitants. These were surely the reasons why Unesco was to include Porto in its World Heritage list in 1996. This classification also extends to the left bank, taking in the Ponte de D. Luis, the city’s emblematic iron bridge, built by a disciple of the famous Eiffel, the Mosteiro da Serra do Pilar and the wine lodges that line the riverbank in Gaia, where that great ambassador of the city’s name, Port Wine, is left to age before being sent to all corners of the world, bringing great pleasure to all those who drink it.” We have yet to encounter a tourism department issuing a press release like this.

Later, in our hotel room, we found a coffee-table guidebook instead of the usual Bible, titled “Oporto & North, Golden Book 2010,” published and written by Fatima Mendez, which echoed this amazing love for the city and province.

Fatima writes: “Oporto is not quite a city, it is more like a large village where people know each other and, more importantly, where there are neighborly relationships and people help each other like nowhere else. This city has people inside and never, even for a moment, has the word solidarity been banished from its dictionary. In this guide-book to Oporto, it is fitting to remind readers that for a city to be so well-loved by its citizens as this one, it can only be because it has not lost its soul and its identity.”

Too much love and devotion could be portentous, we feared.

At exactly 1 p.m., our driver and tour guide Manuel Meneses picked us up at the hotel, did the usual turn around the square we had visited earlier on foot and showed us the exteriors of the neoclassical Palacio da Bolsa or Stock Exchange circa 1842, which easily dominates the plaza.

We then visited the St. Francis Monument Church or Igreja de Sao Francisco right beside the Bolsa. Although originally a Gothic church, it has become an important sample of Baroque architecture. We drowned in the ostentation of 370 kg of gold, gathered from countries conquered by Portugal, which covers the baroque carved woodwork and completely eradicates the early Franciscan austerity. We couldn’t take our eyes away from the “Tree of Life,” known for its depiction in art of the ancestors of Christ. 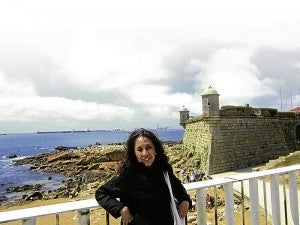 Among the architectural highlights of the city are the oldest surviving structure of Oporto Cathedral, the romanesque Church of Cedofeita, neoclassic samples in the Hospital of Saint Anthony, the Municipality, buildings in Liberty Square, Avenida dos Aliados, the tile-adorned São Bento Train Station and the gardens of Crystal Palace (Palácio de Cristal).

Having had enough of opulent structures, we headed toward the more mundane, more sinful pleasure of drinking wine.

The city’s wealth, Manuel told us, was based on ship-building and the world-famous port wine trade. It is said that where the Douro river meets the sea in northern Portugal, the settlement of Porto was founded as an outpost of the Roman Empire. Its name in Latin, Portus Cale, became Portugal, which in turn came from the sweet port wine that was already being traded all over the world. We found the circuitous process so amusing, much like the Manton de Manila, which came from China but reached Southern Spain and the flamenco dancers via the Galleon Trade of Manila to Acapulco.

Manuel brought us across the bridge to Graham’s Port Wine in Vila Nova de Gaia, a city synonymous to famous wines. Easily the oldest and most famous is W&J Graham’s, founded in 1820 by the two brothers of Scottish origin, William and John. After the wine is produced in the vineyards of Douro valley, they are sent to the lodges to be aged and stored. Their lodge, erected on a commanding site in Gaia, offers a magnificent view of the ancient city of Oporto across the River Douro. The temperate, maritime climate is ideally suited to the slow aging of Port.

We were brought to where the wine barrels are stored, taught the difference between one type of wine and another, shown the inner sanctum where the most expensive types are kept. Then it was time for the tasting.

With the expanse of the great outdoors before us and the city of Porto across the river, the wine emboldened our senses. We were ready for more adventures. Manuel eagerly led us down to the water level, through crooked corridors where city inhabitants eke out a living. We espy small children crying, a mother preparing meals inside a small domicile while humming a tune. This is Ribeira do Porto, a cluster of bars and seafood restaurants. At the waterfront, various food merchants invited us into tents to partake of merienda. We repeated the question: Do you know Ferdinand Magellan? We get a blank look in return. 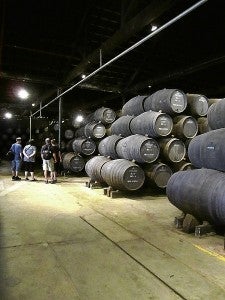 Finally, we asked Manuel why no one seems to know the great Fernão de Magalhães or Ferdinand Magellan, the first man to circumnavigate the world. He appears to have been erased from the country’s history, we said.

Manuel answered, “That was so long ago, we don’t really know.”

Was Magellan considered disloyal to Portugal for having accomplished his great deed under the Spanish flag? “That could be a reason,” said Manuel, tentatively.

Poor Magellan. Na-politika. Not only was he killed after (re)discovering the Philippines in 1521, but his sin has remained unforgiven to this day, many centuries after.

We crossed the bridge to Porto and Manuel took a route so he could show us the most expensive residential area, Foz do Doura, by the seafront. Sunset was approaching as we headed for the breakwater. It was a Monday, so there were no folks walking by the seaside. A group of workers were having fun at Castelo do Queijo, a small defensive fortification built upon a rock on the Atlantic Ocean in the 15th century.

We recalled how a blogger had gushed over the sunset by the sea in Oporto, writing: “It is a place where the stars touch the sea.” Indeed. We felt certain God is in Heaven, and all is right with the World.