In this Aug. 25, 2013 file photo, Miley Cyrus performs a move known as "twerking" at the MTV Video Music Awards at the Barclays Center in New York. AP PHOTO

DETROIT — A Michigan university has issued its annual list of annoying words, and those flexible enough to take selfies of themselves twerking should take note.

In addition to “selfie” and “twerking,” there was a strong sense among those who nominated words to this year’s list that the word “hashtag” and term “Mr. Mom” had both run their course.

“Selfie,” a term that describes a self-taken photo, often from a smartphone, led the way among the more than 2,000 nominations submitted to Lake Superior State University’s 39th annual batch of words to banish due to overuse, overreliance and overall fatigue. Even President Barack Obama got into the act this month when he took a well-publicized selfie with other world leaders in South Africa for Nelson Mandela’s memorial service.

“It’s a lame word. It’s all about me, me, me,” wrote David Kriege of Lake Mills, Wisconsin. “Put the smartphone away. Nobody cares about you.”

Since 1975, the list has grown to more than 800 words, many from the worlds of politics, sports and popular — maybe too popular — culture.

“The list is made up completely from nominations. We don’t just sit around and think of words that bug us,” said Tom Pink, a spokesman for the school in Sault Ste. Marie, in Michigan’s Upper Peninsula.

“Twerk” or “twerking,” a sexually provocative way of dancing, found a dominant place in parlance due to Miley Cyrus’ performance at the MTV Video Music Awards.

“Time to dance this one off the stage,” said Jim Connelly, of Flagstaff, Arizona. 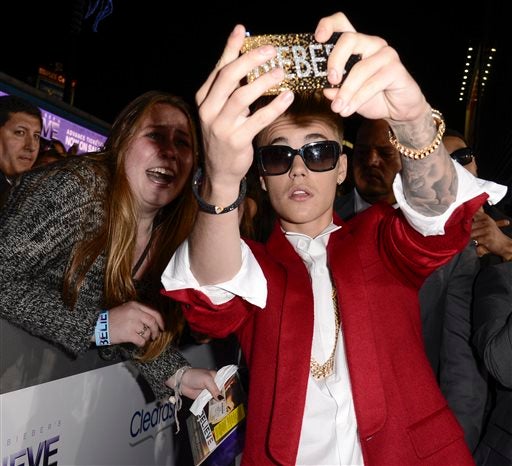 Others on the banned list include “Twittersphere,” ”t-bone,” ”Obamacare” ”intellectually/morally bankrupt” and anything “on steroids.” People also tired of the suffixes “-pocalypse” and “-ageddon” used to make words such as “snow-pocalypse” or “ice-ageddon.”

And enough already with “Mr. Mom,” a reference to fathers who take care of kids. It’s also the name of a 1983 movie starring Michael Keaton, although many stay-at-home dads these days don’t like the movie stereotype of a clueless male.

“There were almost as many nominations for ‘Mr. Mom’ as ‘selfie’ and ‘twerk,'” Pink said.

He believes the title got traction again in 2013 due to news stories about the 30th anniversary of the movie.

“The phrase should refer only to the film, not to men in the real world,” wrote Pat Byrnes of Chicago. “It is an insult to the millions of dads who are the primary caregivers for their children. Would we tolerate calling working women, ‘Mrs. Dad?'”

“Adversity” and “fan base” — terms often used when discussing sports — got booed. Kyle Melton, of White Lake, Michigan, said perspective is needed when referring to a millionaire athlete trying to get a first down in football.

“Facing adversity is working 50 hours a week and still struggling to feed your kids,” Melton wrote.

Twerking: From Miley to Janet

Working with the ‘selfie’ generation