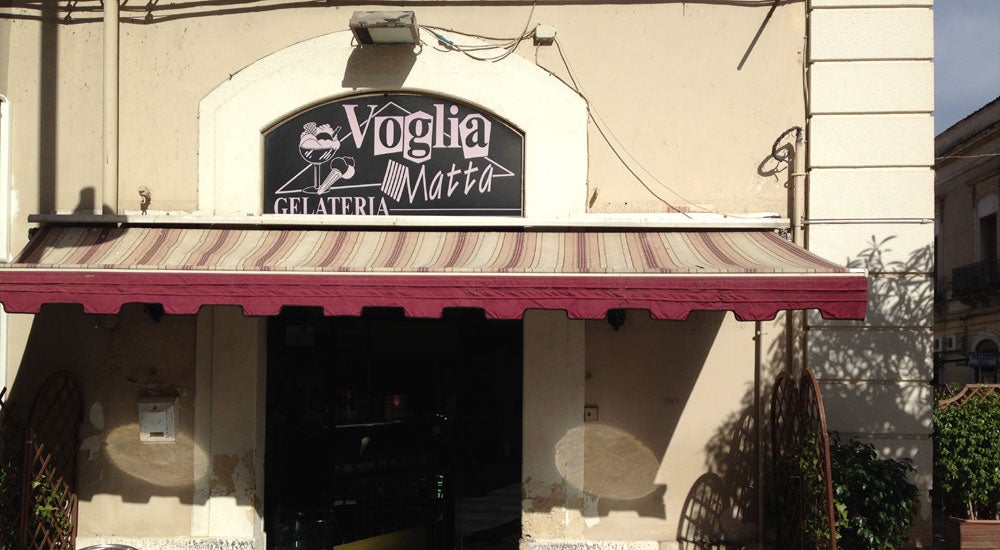 Go For the Food: In Sicily, sublime ice cream

SYRACUSE, Sicily—Sicilians pride themselves on their contribution to the world of ice cream. History may not credit them definitively with the invention of the frozen treat, but it turns out that nature allowed them to have ice long before electricity made its way to the Mediterranean island.

If you visit Mount Etna, the region’s famous volcano, you can find ice trapped below layers of volcanic ash, insulating it from warm weather. In a region known for its cuisine, the ice provided an option for chilling and preserving food long before modern refrigeration.

And within Italy, which already takes credit for making “gelato” a world favorite, Sicilians deservedly top the list of the best ice-cream makers. Their “brioscia,” a warm sweet bun loaded with ice cream, is one of the region’s top confections. The sheer number of calories in it—around 1,800 per serving make it somewhat daunting, but it certainly should be tried at least once. I asked a Sicilian friend how people could eat it day after day, and he said, “We don’t eat it after the meal. It’s the meal itself. We just have that for lunch in the summer.” What a treat!

On a recent trip here, I found the sights, stunning as they are, took a backseat to the food, and I spent seven days on a quest for Sicily’s best ice cream. I tried ice cream parlors in most of the island’s big cities, and many of its small ones. And while what makes great ice cream is certainly subjective, the main criteria for me were texture and taste. You don’t want the sugar to overpower everything else in the ice cream. And you don’t want it to be too soft. It should in fact feel like you are biting into it—at least that’s what I like.

With that in mind, and mouth, and after a couple of dozen cones, the trophy went to La Voglia Matta, which literally translates to crazy desire.

The corner mom-and-pop parlor in Syracuse is a couple of blocks across the bridge from Ortygia, the touristy center. Voglia Matta is nearly unknown to tourists; I found it through a friend who was born and raised in the city. His recommendation was confirmed by several restaurant owners and hotel receptionists.

Excited, we strolled to the shop one late evening to find the place buzzing with teenagers and young adults and their parents lining up for a cone. With the first bite of their chocolate flavor, all doubts were gone. It’s difficult to explain why it’s so good; it just is. Dense, colorful yet honest flavors—almost 60 in total—dazzle the eyes before the mouth. The ice cream is fresh, daily made on the premises. The shop is also famous for cakes, although we never ventured there. The ice cream was more than enough.

Pistachio is a famous regional flavor, but make sure you also try carruba—derived from the carob tree.

An honorable mention should go to Gelateria degli Angeli, a small chain in Sicily’s southeastern towns of Ragusa, Scicli and Modica.

We were so smitten by Voglia Matta’s offerings that everything after that paled in comparison. On our last night, we ventured out to find good ice cream in Catania, our last stop. We got three different recommendations, and an hour later three cones had been discarded in trash bins across the city center. No need to waste the calories on bad ice cream.—Amir Bibawy