How a chef and a ‘nose’ brewed a scent of spices and sea breeze | Lifestyle.INQ ❮ ❯ 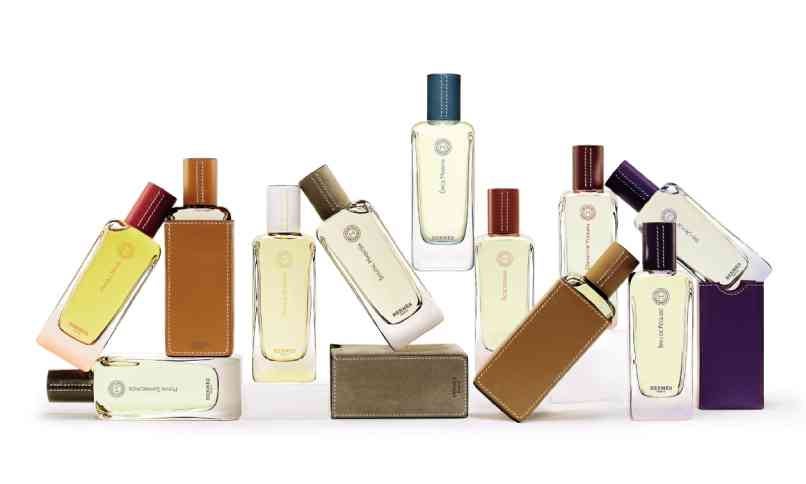 ÉPICE Marine, a unisex scent, is the 11th fragrance in the premium Hermessence line.

The Haiku of scents—short on form but profound in persuasion.

This is how Sylvie Bos, the Hong Kong-based area manager for Hermès Parfums, characterizes the luxury house’s top-of-the-line Hermessence fragrances, which unveiled recently its newest addition—Épice Marine—at its boutique in Greenbelt 3, Makati City.

Épice Marine is the 11th fragrance in the Hermessence collection, an exclusive line found only in Hermès boutiques. A concoction borne from the chance meeting of a man who lives by his nose and a man who lives through taste, the scent is like finding oneself adrift in an Indian spice souk, the warm and heady backdrop tempered by a cool sea breeze.

Bos says that Hermès in-house perfumer Jean-Claude Ellena was inspired to create Épice Marine after meeting Breton chef Olivier Roellinger in 2011. The perfumer and the three Michelin-starred chef shared a mutual love for spices. Roellinger earned the moniker “pirate chef” for his skill at hatching complex spice mixtures. The ports of the Brittany coast once played host to a burgeoning spice trade.

Ellena and Roellinger corresponded for several months in the process of creating Épice Marine, the former sending vials of his samples to the chef, who, in turn, responded with samples of spice mixtures, which often both delighted and befuddled the perfumer for their unique complexity.

Ellena, who has been with Hermès since 2004, created the entire Hermessence line, and is also credited for the house’s other top sellers like Kelly Caleche, Terre d’Hermes and Voyage d’Hermes.

Owing to the scent’s provenance, the Greenbelt 3 boutique had trays and trays of spices to mark Épice Marine’s launch: black peppercorns, Sichuan chilies, cinnamon barks, paprika, star anise. Non-alcoholic cocktails also inspired by Épice Marine were served—there was a sweet cardamom-scented drink, another was a red-hot spicy cocktail flavored with cumin and chased with a mango lassi.

Fragrance connoisseurs are known to layer scents from the Hermessence line. On trial, we found that Épice Marine went particularly well with the cigar-smoky caramel accord of Vetiver Tonka.

Épice Marine is a unisex scent—“to share,” in Hermès parlance—and comes in 100-ml eau de toilette bottle akin to the rest of the Hermessence line. Its cap is saddle-stitched blue leather, an ode to the sea. A matching leather case is optional.