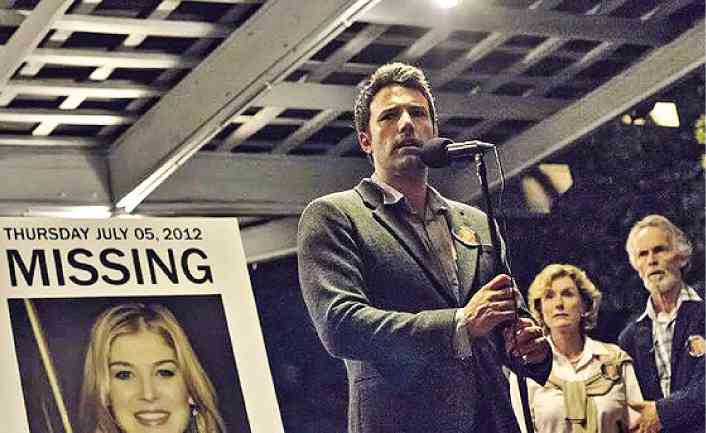 “Gone Girl,” the movie: Gillian Flynn’s thriller novel had us so riveted and when we finished reading the (frustrating) last chapter, we resisted the urge to scream and set out to buy her other books instead. This year, Flynn fans will get the chance to see it on the big screen. We can’t say we were surprised that a movie studio picked up “Gone Girl”—we knew the first time we read it that it would make a great film. And the sneak peek tweeted by 20th Century Fox showing Ben Affleck as Nick Dunne and a photo of his missing wife Amy (played by Rosamund Pike) just fueled our excitement. We like the casting choices and we have high hopes for the movie, especially since Flynn wrote the screenplay, too. Hurry up, our popcorn is ready.

“Wicked”: The mega musical is coming to Manila in just a few weeks and we can’t wait. We’ve already seen Suzie Mathers, the actress who plays Glinda, in action and she is phenomenal. We can’t wait to watch Jemma Rix as Elphaba. We watched her sing “Defying Gravity” and “For Good” at the press launch last year and she gave us goosebumps. Our “Wicked” countdown continues. (Call Ticketworld at tel. 8919999 or visit www.ticketworld.com.ph. Visit www.wickedthemusical.com.ph.)

The return of “Girls”: Yes, we’re fans of Lena Dunham’s show, awkward sex and all. We love Jessa and Shoshanna (we kind of hate Marnie) and we are fascinated by the relationship between Hannah and Adam. For months, we tried to kill our longing for “Girls” by watching old episodes and obsessing over Lena’s Instagram. But the wait is almost over—in just a little over a week, we will get our new “Girls” fix.

“Game of Thrones”: The truth is, we’ve really been missing Tyrion Lannister. Even actor Peter Dinklage, who plays Tyrion on the HBO show, agrees. He tweeted last year: “I need some Tyrion in my life!” We’ve slowly recovered from the epic Red Wedding episode and we are now ready for more “Game of Thrones.” Spring cannot come fast enough.

Bruno Mars in Manila:  We love the guy! And we’re ecstatic that his Moonshine Jungle World Tour will be making a stop in Manila on March 22 at the Mall of Asia Arena. (For tickets, call 4702222 or visit www.smtickets.com.)

7107 International Music Festival: We already know where we’re going to be on Feb. 22 and 23—at the Global Gateway Logistics City in Clark, Pampanga, for the 7107 International Music Festival featuring Red Hot Chili Peppers, Empire of the Sun, The Asteroids Galaxy Tour, Red Jumpsuit Apparatus, Up Dharma Down, Radioactive Sago Project and more. This is just an initial lineup—the organizers are promising to announce even more acts soon. (For tickets and more info, visit 7107IMF.com. Follow @7107IMF on Twitter, @weare7107 on Instagram and www.facebook.com/7107IMF on Facebook.) 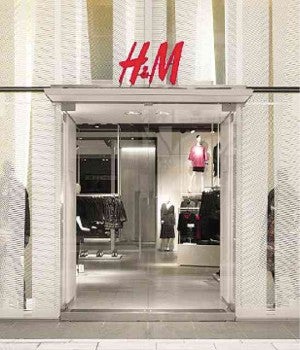 H&M: We fell in love with Swedish brand H&M years ago because of its huge stores, affordable clothes, variety of choices and great sales. This year, the rumor is finally turning into reality: H&M will be opening its first store in Megamall.

It’s a sure sign that Filipinos are excited for the next “Hunger Games” movie. After “Catching Fire” hit cinemas a couple of months ago, copies of “Mockingjay,” the third book in Suzanne Collins’ trilogy, disappeared from bookstore shelves, thanks to movie fans who couldn’t wait to find out what happens next. Two words from those of us who have read the trilogy way too many times: A lot. We love Jennifer Lawrence, Josh Hutcherson and Liam Hemsworth as Katniss, Peeta and Gale; and we think the addition of Julianne Moore to the cast would be interesting.

“Landline”: Author Rainbow Rowell won us over with “Fangirl,” left us crying with “Eleanor & Park” and made us fall in love with “Attachments,” so we were happy to know that she will be releasing a new book this year. “Landline” is about Georgie McCool, a TV writer with a troubled marriage who manages to find a way to communicate with her husband in the past. We know, it doesn’t exactly make much sense yet, but we don’t care. What we know is that we are willing to read anything Rainbow Rowell writes, whether it’s for teens or adults.

“Divergent”:  “Faction” fans get a treat this year as the reel version of the first volume, “Divergent,” comes out. We can’t wait to see Shailene Woodley as the Dauntless Tris.

“The Fault In Our Stars”: We couldn’t stop sobbing after reading John Green’s love story featuring terminally ill teenagers. Make sure to buy a box of tissues before heading to cinemas to watch the film starring Shailene Woodley (again!) as Hazel and Ansel Elgort as Gus. 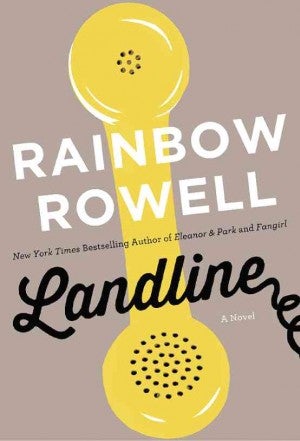 “X-Men: Days of Future Past”: Director Bryan Singer is so excited over the film that even he can’t stop tweeting sneak peeks from the film’s set. We can’t wait to see James McAvoy, Michael Fassbender and Jennifer Lawrence together with Hugh Jackman, Ellen Page, Nicholas Hoult, and Patrick Stewart.

“American Hustle”:  This movie has been generating all sorts of awards buzz for Amy Adams. The stylish film inspired by the 1970s also features a brunette curly-mopped Bradley Cooper who still looks hot, all things considered.

“Saving Mr. Banks”: Tom Hanks as Walt Disney? Sold! This film tells the tale of how Walt Disney and company wooed author P.L. Travers into letting them make “Mary Poppins” into a film. They were obviously successful, but it’s nice to see how the whole thing played out.

Gayle Forman:  It’s a good year for young adult literature readers this year, as so many film adaptations of favorite books are released, and of course, author visits! National Book Store starts 2014 with Gayle Forman, whose book “If I Stay” will also have a film adaptation (starring Chloe Moretz) coming out this year. Gayle will be signing books on Jan. 18 (Glorietta) and Jan. 19 (Cebu).

Mitch Albom:  If you loved “Tuesdays With Morrie” and “The Five People You Meet In Heaven,” this is your chance to meet the guy who made you tear up in the flesh. Author Mitch Albom will be visiting Manila on Feb. 22 and Cebu on Feb. 23.

The Mother:  After waiting for nine long years, we finally got to meet the mother from “How I Met Your Mother.” The end is near, as she’s met Lily, Barney and Marshall. One more friend down and she will be closer to meeting Ted Mosby and having those kids who have been stuck on the couch for what seems like forever.

“House of Cards” season 2:  This Netflix original series has gained quite a following considering it’s an online series. Even Barack Obama got hooked when he started watching Kevin Spacey and his political machinations.

“Veronica Mars” (the movie!):  This fan-funded movie will be released this year. Followers of the TV show have waited for Veronica Mars to reappear after three short seasons of the mystery-solving teen. Kristen Bell will be reprising her role as Veronica Mars, and history seems to repeat itself on the big screen as her ex-boyfriend Logan finds himself accused of murder once again.