Where Shamcey Supsup got her Miss U body | Inquirer Lifestyle 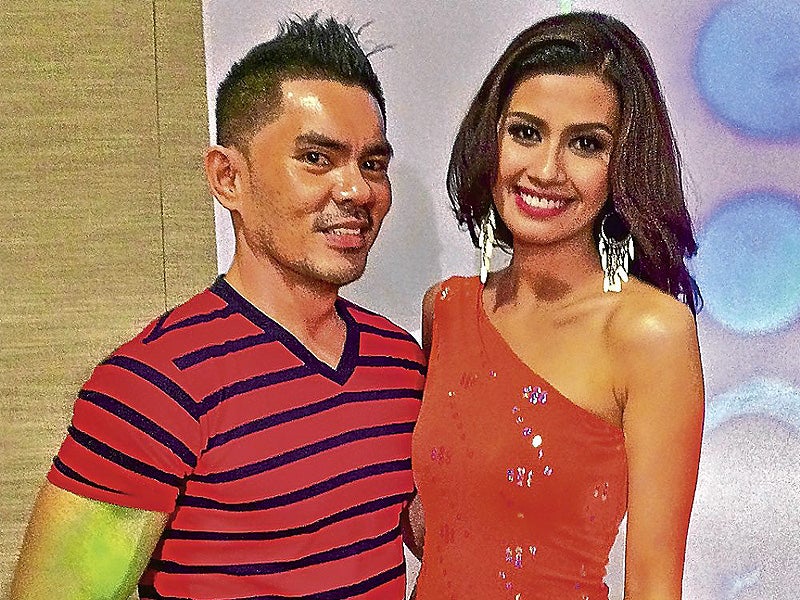 Where Shamcey Supsup got her Miss U body

Call him a modern-day Professor Higgins, for in a way that’s what kinesiologist John Jay Cuay is doing.

In three months, he transformed Shamcey Supsup from a slim, well-proportioned Bb. Pilipinas-Universe into the stunning Miss Universe contestant that everyone thought would bag the title.

She dazzled in the gown competition and was stunning in her bikini, showing off washboard abs and a muscled-and-toned, to-die-for body.

Cuay, a US-licensed physical therapist, describes what Supsup achieved after training as the “muscled but feminine, va-va-voom body” which he said was the “modern Miss Universe physique.”

He said the days of voluptuous beauty queen are over. “The standard now is to have a muscled but feminine look,” he said.

Supsup ended 3rd runner-up at the Miss Universe pageant held in Sao Paolo, Brazil, on Sept. 12. But to Cuay and her countrymen, she is the reigning Miss Universe in their hearts.

When Cuay first met Supsup, she was the newly crowned Bb. Pilipinas, slated to be the country’s entry to the prestigious Miss Universe beauty pageant.

He said he found Supsup “slim in a well-proportioned way, but lacking muscles in the hips and upper back, so those were the problem areas.”

Cuay, a fitness trainer at Gold’s Gym, is no stranger to the Bb. Pilipinas contest, having helped prepare and transform previous winners for international competition.

In 2006, he helped Bb. Pilipinas Universe Lian Ramos prepare for the Miss Universe pageant in Los Angeles. Ramos stunned the audience with her “va-va-voom” body and was even an early favorite. However, she did not even make it to the finals.

In 2007, Cuay also trained Anna Theresa Licaros for the Bb. Pilipinas contest. In five months, Licaros lost as much as 30 pounds. She had a 24-inch waistline when she won the crown in April that year.

And last year, Venus Raj came under the tutelage of Cuay who had become by then the official fitness trainer for the Bb. Pilipinas winners.

Cuay said Raj and Supsup were similar in the sense that both had no prior experience with gym workouts.

“Venus was naturally gifted with a 22-inch waistline. Her problem area was the upper back—it was too narrow,” he said.

After a three-month extensive workout in weights and Pilates, Raj went on to finish 4th runner-up in the 2010 Miss Universe pageant.

Cuay said Supsup was given a similar program, doing Pilates and weights four times a week for three months. Her diet was monitored by Christie Marasigan, the Gold’s Gym nutritionist.

It was tough, but Cuay found it easy working with her because “she has discipline, determination and the proper mindset. She wanted to win not for herself, but for the country.”

In fact, there were times during the intense weight training sessions when Supsup would not budge, feeling too tired or too scared to lift any weights.

“But she’d pick up once she was reminded that ‘this is for the country,’” Cuay said with a laugh.

And the reward came in the form of six-pack abs and muscles in the right places.

“She gained about 10 pounds of pure muscle,” Cuay said.

Not all beauty queens are capable of achieving the new international standard of beauty, however.

“Some lack discipline. They work out, then they eat just anything. And you can see it, because they don’t develop the muscles,” said Cuay who gives workouts in core training, kickboxing and Zumba at Gold’s Gym at Glorietta and Robinson’s Galerria.

Supsup was different, he said.

“When she was in Brazil and we’d chat, she was always saying she wanted to win because she did not want to disappoint the people who support her,” he said.

So when she won 3rd runner-up, Cuay admitted to feeling “like her father.”

Cuay, who has been resident physical fitness instructor at the Inquirer offices since 2001, is ready to train the next batch of beauty queens.

“I really want to produce a Miss Universe. It will be my contribution to the country,” he said.