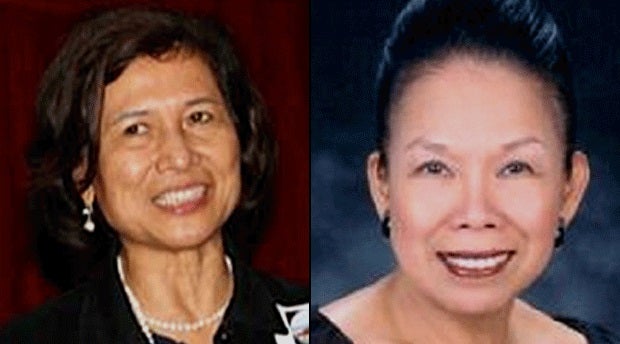 MANILA, Philippines—“In my blood runs the immortal seed … that flowered down the centuries in deeds of courage and defiance,” thus reads what may be then United Nations General Assembly President Carlos P. Romulo’s most celebrated speech, “I am a Filipino.”

And on his 115th birthday, a nongovernment organization will bestow an award that “remembers his legacy” to Filipinos who have proven that the same blood still flows.

The United Nations Association of the Philippines (Unap) on Jan. 14 will accord the General Carlos P. Romulo (CPR) Award for International Achievements to four persons who “have put the Philippines on the world map.”

Pacquiao, known as the “Pambansang Kamao,” redeemed himself in the boxing ring after a victory against American Brandon Rios in November.

Licuanan is an academician and leading women’s rights advocate in the Asia Pacific region. Lewis, on the other hand, is known to have taken over her American husband’s multinational company after his death. Now chair and CEO of TLC  Beatrice LLC, a family investment firm, she also leads a foundation named after her husband and is a known figure in the US Asian-American community.

Del Rosario leads the Department of Foreign Affairs, which is hounded by issues on overseas Filipino workers in the Middle East and a territorial row with China, among other things.

In a statement to the Inquirer, Unap said the search committee “deliberated for so long” to come up with the names.

It added that the awardees “have made Filipinos proud in their diverse achievements personally and professionally,” and, like CPR, “contributed to world peace and development.”

The selection of the awardees was approved on Dec. 15, coinciding with the death anniversary of the Filipino icon, who has a Nobel Peace Prize nomination on his list of achievements.

The event is “well guided and supported” by Beth Day Romulo, CPR’s widow who will grace the event.

Unap, founded in 1947, is an organization that helps the country meet the ideals of the UN and “has been organizing educational activities with regard to UN days and observances, and environmental protection projects.” Vaughn Alviar