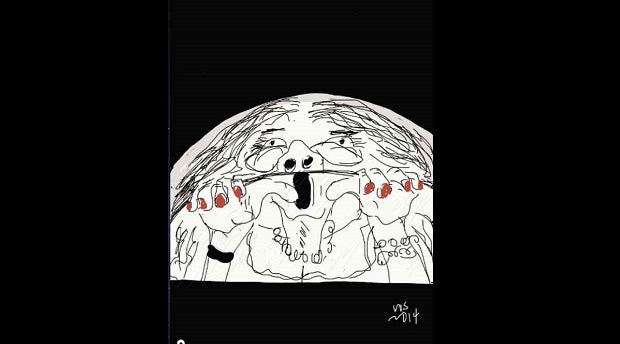 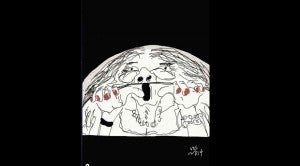 If my husband had his way, he’d probably live in a vacuum.

How many times have I come home to an airless home—windows, glass doors shut, no air-con on, not even the fan, and he’s sound asleep on the couch, hugging his guitar as though it were a soft pillow, breathing in the same carbon dioxide he breathes out.

And when you tell him about the unnecessary risks he takes, he goes insufferably scientific on you.

Me, I have a passion for air. I usually have two fans on, a low one aimed at my feet and another that oscillates to circulate the condominium air, and sometimes the air-con, too, for cooling.

Coming home to this cool and windy scene, Vergel turns off both fans automatically. The safe, soundless and economical split-type up on the wall is somehow allowed, but reluctantly, as is obvious in his Clint Eastwood squint of disfavor. Well, he can certainly fill a room, but he’s no substitute for air.

My thing for air had an early start. As 15-year-old internas at the Colegio Mayor de Padre Poveda in Madrid, cousin Ninit and I shared bedroom space with cousin Sylvia and BFF Bea.

It was with Ninit I shared a window between our beds, and I remember how we’d spend a good part of the night going through the pantomime of two stooges—one opening the window, the other shutting it. It would go on especially in the dead of winter, until one of us got too sleepy to care to compete.

I don’t know how, when, or why we developed such peculiarities and phobias, but, I guess, we all have them. And that makes us predisposed to understanding one another, a sort of concession to one of those truths that don’t have to make sense.

Admittedly, there’s no rationale for my rather extreme case. My fear of airlessness intensifies into panic, especially inside an un-air-conditioned car. The feeling of passing out sets in as soon as I step into one.

When it’s our driver at the wheel, he remembers to cool the car beforehand.

But Vergel has no sense of urgency in those matters, and with the air-con, he’s never in a hurry to turn it on. In fact, he seems to derive an evil pleasure from delaying it; the CD is likely to win over it.

To be fair, he has, again, a scientific point to it: I will survive, and for sure always have.

But it’s not about survival, it’s about freedom to be harmlessly —also inexpensively (with Vergel, false economy is another thing)—weird without having to explain oneself to, especially, one’s spouse. Basta!

In bed he also has to have lots of pillows. And when I point out how it upsets the even fall of the bed covers and ruins the symmetry, he starts computing for weight distribution. I stop arguing the point and stick with the principle of freedom.

He likes to sleep with his head high even when he’s done reading. But since he very rarely moves, he wakes up in the position he slept in, his tower of pillows holding its shape.

I myself can’t be imprisoned in one position. I just have to move to fight cramps, thus needing more space than pillows; one of my two or both eventually end up on the floor. On my way to the bathroom I trip on them, and Vergel is shaking in bed with laughter, proving he doesn’t miss a thing even with his eyes closed. Indeed, it seems he sleeps consciously. Me, when I’m out, even if I’m all over the place, I’m out, just the way people are supposed to be when asleep.

Still, I win big time in the bedroom: We sleep with the air-con on.

In food, Vergel prefers it soupy, and, like a true Malabonian, he puts patis on everything. I like everything fried crispy, crunchy; and I abuse mayonnaise the way others abuse ketchup.

I look at other couples, and no one is having it any easier. Some even have to endure stranger behavior, and I’m not referring to basic gender differences—that’s big stuff!

I have a lady doctor friend so refined she wouldn’t use a nasty word whether in anger or shock. Yet she is partnered with one who punctuates every sentence, in private or public, with pucha, or worse. I imagine that’s not all she has to accommodate.

It’s true we sweat the small stuff, but the foundations and pillars of a relationship—that’s solid and settled. Our own strongest bond has always been our sense of humor, and how it serves us now, when we have more reason to laugh at ourselves and life.

Our conjugal sense of humor has found public expression in Vergel’s illustrations for my columns. He’s not just collaborating with me, he’s actually infusing my essays with his own take, though some loving friends can’t understand why I allow him to draw me fat and ugly—“allow” isn’t a word you use around the freedom-obsessed. Well, maybe because I’m sure I’m neither.

Now that he has quit editing and publishing newspapers, he has been invited by our editor to contribute. Uh-oh, he’s crowding into my space again, but in this case I couldn’t be more pleased—even if it means the loss of a personal cartoonist. Indeed, he’s our section’s gain.