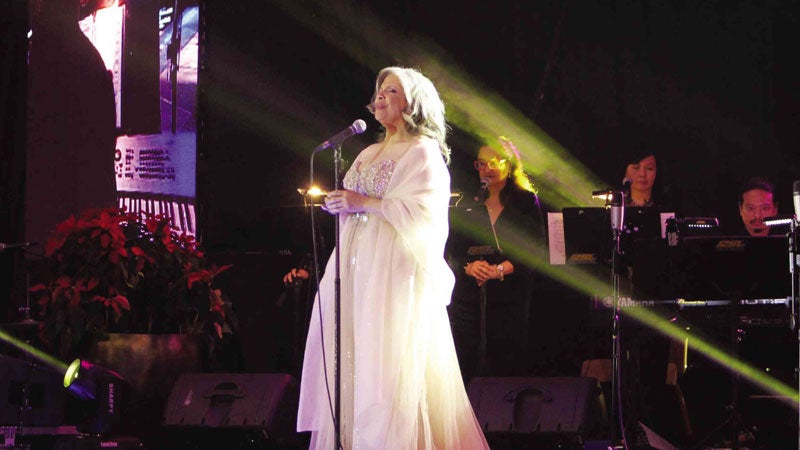 PATTI Austin in her recent concert at Solaire 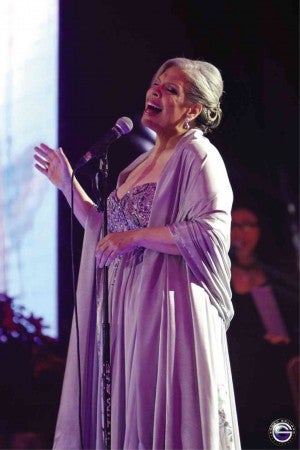 When Grammy Award-winning jazz/rhythm and blues singer Patti Austin was asked to take part in a fundraising concert in the Philippines to shore up funds of Habitat for Humanity and help the survivors of supertyphoon “Yolanda,” she immediately responded with a resounding “yes.”

Other foreign big-name artists such as Justin Bieber and Alicia Keys were also quick to respond to the urgent call to lend their time and talent to help the Philippines recover from the devastation caused by the strongest typhoon ever to make landfall.

But unlike these artists who came and went, the 63-year-old Austin, best known for her songs “Say You Love Me,” “Baby, Come to Me” and “How Do You Keep the Music Playing,” has committed to do much more than just hold two successful fundraising concerts called “Brand New Day” at the Solaire Resort and Casino last  Dec. 29 and Fairmont Hotel last Dec. 31.

Austin, who is into interior design when she is not jetting around to perform in concert halls around the world, says that she has committed to work together with a colleague in the Philippines to design furniture that will complement homes to be provided by Habitat for Humanity.

“What I am trying to bring to the situation is furnishings for the interior of the houses that have been designed by Habitat for Humanity,” Austin tells the Inquirer. “My dear friend Marguerite Lhuillier, who creates beautiful furniture at her factory in Cebu, has consented to work with me and marvelous designer Butch Carungay to come up with a very simple, comfortable, modular form of furniture that is cost-efficient and that will bring comfort to the interiors of the homes from Habitat for Humanity.”

“My hope is that Habitat will like the idea of this furniture so much that they will not only use it in the Philippines but they will also use it internationally, and that it will continue to be manufactured in Cebu,” adds Austin, who has gone through her share of “calamities” starting with the assassination of John F. Kennedy in 1963 and the Sept. 11     bombings in the United States.

“Also, we would eventually like to manufacture this modular furniture for the public with a certain percentage of the sales going to Habitat for Humanity. Finally we plan to donate the first prototype of this furniture for the interior of the first home we are able to build from our fundraising efforts. I have been involved in interior design for quite some time now, and as a result I realize the importance of creating soothing environments. Especially for people who have survived so much trauma,” adds Austin, who welcomed the New Year in the Philippines, specifically in Cebu where she continues to work on her modular furniture.

Austin says she was moved to do what she could for the Philippines not only by the extent of the devastation but also because of the relationship she has developed with the country and its music-loving people.

“Supertyphoon Yolanda affected me deeply for many reasons. First, I have many friends who live in the Philippines. I have many friends who are from the Philippines who live in America who have family in the Philippines; and so I was deeply worried about everyone that I know personally, and terribly worried about people who I care so much about because they have been such loyal fans,” says Austin, who was asked to take part in the fundraiser by Roni Tapia-Merk, who has a production and events company with the support of her husband, jazz singer Richard Merk. “Also, I had just been back to   the Philippines in September after 10 years. I had totally rekindled my love affair with the country and could not wait to return. I am so sad that I am returning under such a cloud of sadness. But my goal is to hopefully bring some peace and some joy through the music and more important some hope for a brighter future. I think it’s very important to maintain hope at times like this. I certainly understand the magnitude of times like this and the need to keep hope alive.”

Austin says she was honored to be asked to contribute through the fundraising concerts and she also welcomed the opportunity to work again with her favorite Filipino artists, Lea Salonga and Martin Nievera.

“I was so honored to be asked and so anxious to do something positive for the survivors of the storm. Of course, having the opportunity to do this in Manila makes it an even sweeter venture because it allows me the opportunity to come home and be with the people I adore,” says Austin.

She says that she will definitely be back in the country where the audience is second to none.

“Once the audience from the Philippines loves you, you are forever loved and love doesn’t ever get any better than that. We are talking eternal love here, people, the absolute best kind of love. Just know that if you love me, I love you more. Now let’s support the storm survivors,” she says.