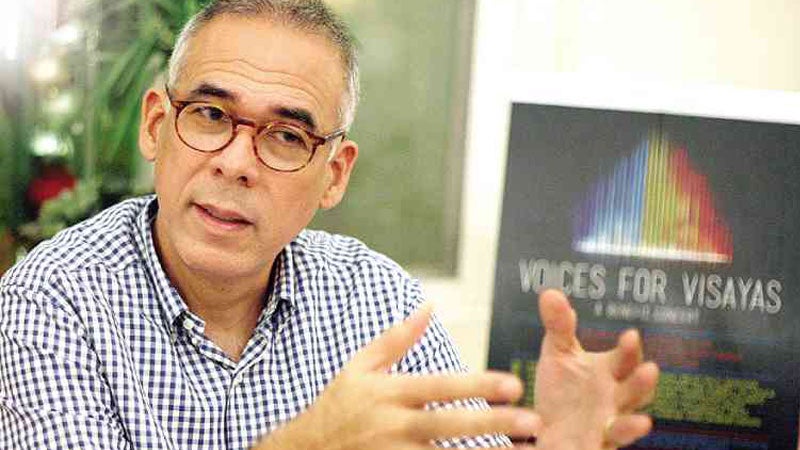 Epic concert in the making hopes to plant seed of goodness

The call came in a few days after Supertyphoon “Yolanda” struck Leyte. Architect Manny Miñana was in his Urdaneta Village home, eyes glued to CNN and BBC.

As images of the typhoon’s horrific aftermath flashed on the screen, he suddenly felt uncomfortable in his seat. There must be something he could do to help, he thought.

Then his phone rang. It was his brother, Miguel. Miguel was putting up a fundraiser show for Yolanda, and wanted to know if Manny could help.

“It was a surreal moment,” Manny said.

What began as an idea to organize a modest gathering of artists in an intimate venue germinated into a full-blown mega concert. Artists who heard the news wanted in.

In a flash, it seems, Miguel had organized a concert of epic proportion—a stellar cast of artists from different musical genres coming together for one evening in a two-and-a-half show called “Voices of Visayas,” on Jan. 15, 7:30 p.m., at the Newport Performing Arts Theater, Resorts World Manila.

“We felt compelled to do it after Christmas but freshly out of New Year to usher in a new hope, so that our brothers and sisters in the Visayas will feel they have not been forgotten,” he said.

The Bayanihan National Dance Company and the Philippine Madrigal Singers, both internationally acclaimed, will also be performing; as well as the Ryan Cayabyab Singers, prodigies of the maestro Ryan Cayabyab; Douglas Nierros’ Powerdance; and Ballet Philippines.

“We toe the line from the sponsors all the way down to the production,” said Miñana. “We are really grateful that the spirit of volunteerism has spread throughout the fabric of this organization, and that the vision of this production would exemplify that spirit of selflessness.”

Tickets are available at TicketWorld at P2,000, P4,000 and P6,000. Net proceeds will go through the Philippine Disaster Recovery Foundation (PDRF) for the benefit of Gawad Kalinga and Habitat for Humanity who will then build homes for the victims. PDRF is formerly the Philippine Disaster Relief Fund, the seed idea of Manny Pangilinan where the private sector can offer relief funding for affected areas of calamity as they come.

The concert will also feature a theme song for its finale, “Just Believe,” put together by Ryan Cayabyab and Joey Reyes, to be sung by all performers similar to USA for Africa’s “We Are the World.” The organizers hope “Just Believe” will have a comparable effect as the 1985 pop chart hit song, said Manny. It can be downloaded at spinnr.ph, where all proceeds will go to PDRF.

Manny hopes the historic, one-night performance—epic by the sheer size and caliber of its cast—will find an afterlife. “We want to show that a seed of goodness can go a long way if you want to throw in your part.”

He is also planning to set up a consortium of architects who will render their services pro bono to Gawad Kalinga and Habitat for Humanity, bringing their work, he said, where it matters and where it can make a difference.

“Voices for Visayas” is not Manny’s first foray into fundraising. During the 2006 Southern Leyte mudslide he, together with his photographer wife Denise, was able to raise P1.2 million within half a day just from texting friends.

The Miñanas have a farm south of Tacloban, a mere two hours away. Although the farm, said Manny, was miraculously spared from Yolanda’s path, Leyte holds a special place in their hearts.

“I had thrown myself into this project despite my work and commitments,”  said Miñana. “My passion for helping has always been there. Setting up an organization like this is like building a home—you connect people together from different persuasions. Like the process of design, you have a structure, a committee, spirit and atmosphere. Your architecture doesn’t have to be just cement and stone; it can be more.”