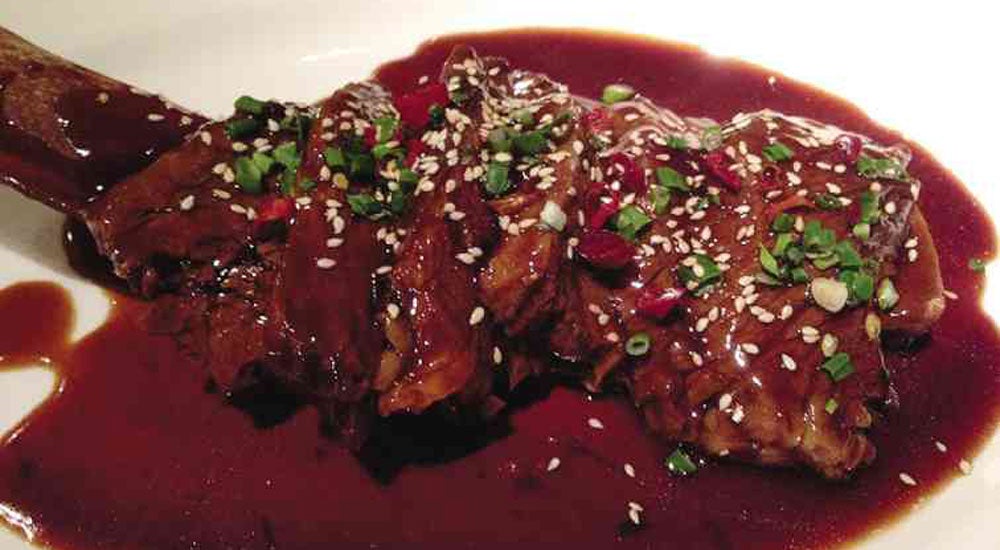 Of all the explanations given for the lyrical beauty of tone from the violins made in Italy during the 16th and 17th centuries, the most convincing  is not about a particular wood or secret technique, but an economic one.

There were more craftsmen making violins at the time, and more wealthy patrons willing to pay for them, so standards were high; and the most famous of them, Amati, Stradivari and Guarneri, were the best of an already high level of craftsmanship.

The same is true of the restaurant scene. Hong Kong has, at least since its affluence in the 1980s, possessed that combination of skilled artisans devoted to the craft of cooking, and wealthy patrons willing to  support them, that makes the restaurant standard higher than elsewhere, their peaks of excellence truly outstanding.

It’s also one of those places that make the Long Night of the Palate, when one has children, slightly more bearable.

We were duly warned, but we had to experience it to believe it: Once babies develop minds of their own, food and travel adventures become that much more difficult.

The wanderlust is just as strong for us parents, but we also have to consider the very high likelihood of the child needing to change nappies, throwing a tantrum, going on a sit-down strike, wandering off, getting carsick, or not being able to sleep without the dog.

Every time we go on a trip, we resolve not to travel again until our daughter is in her late teens; but in a few months we find ourselves booking another trip, and crossing our fingers that it’ll go better this time.

So, last Christmas, we went to Hong Kong. I suppose that it helps that everything looks fairly familiar, because around this time of year, most of them are, indeed, familiar. And children can actually eat well.

In London, families with children are relegated to a “ghetto” at the back of the restaurant, unless you go to a “family” restaurant, which are places with terrible food where parents who are in the Long Night of the Palate can go and have their children bawl at the table and throw ketchup at the wall without guilt.

But here, in a one-star Michelin restaurant, the children are at the front and center. They are given a glass of warm water and are expected to use chopsticks like everyone else.

I wasn’t terribly happy with our Yè Shanghai experience in Shanghai, but the family decided to give it another try, and we were pleasantly surprised. I still think it’s overrated and the prices are a little on the high side, but Chinese food has to move forward (as Thai food has done in recent years, and Filipino food in the last year or two). Yè Shanghai is just one of the many directions Chinese cuisine has taken, simplifying and distilling the flavors, and bringing various regional tastes together.

But the real discovery of the trip was an enticing place with a mysterious name, M&C Duck. It’s bright and airy, with blond wood, cheerful wallpaper, and a long open kitchen running the length of the room.

At the front is a chef who skins and carves duck after duck that emerge from a large, cylindrical oven in the middle of the kitchen.

If Crystal Jade is all about dough and everything that it can be shaped into, from dumplings to noodles, M&C Duck is a rhapsody on the theme of duck.

It has duck on potato chips, little duck bites, duck with noodles, duck with wonton, and, of course, traditional Peking duck.

Most importantly, though, M&C Duck kept everything very casual, and made eating Peking duck less the equivalent of a gastronomic Iron Man.

It was not so long ago that, whether in Beijing or Hong Kong, you could order only a duck and not a portion of one, and one duck can be something of a challenge for even two determined eaters to get through; and you don’t get to eat anything else. Here, it’s one part of a meal, which is perfect.

M&C Duck’s other dishes were imaginative, interesting, and not bad at all. The feel of the place, even more than the quality of the food, is where I’d like to see Chinese food going: stylish without being pretentious; cozy and modern while still being authentic.

Of all the various types of cuisine in Manila, the one that has improved the least is Chinese; and this is not because there isn’t a market for it. I’m convinced that people are looking for good, sophisticated, authentic Chinese food, but restaurant owners are opening the umpteenth tapas place.

Modern Shanghai and Modern Sichuan are steps in the right direction (i.e., away from banquet rooms with huge round tables and greasy spoons), but the quality leaves much to be desired. Why are we not paying attention to this cuisine that is maturing by leaps and bounds across the world?

To return to the earlier analogy, the patrons are ready to buy a Stradivarius, but the craftsmen are making harmonicas.