It was the year of the selfie | Inquirer Lifestyle ❮ ❯ 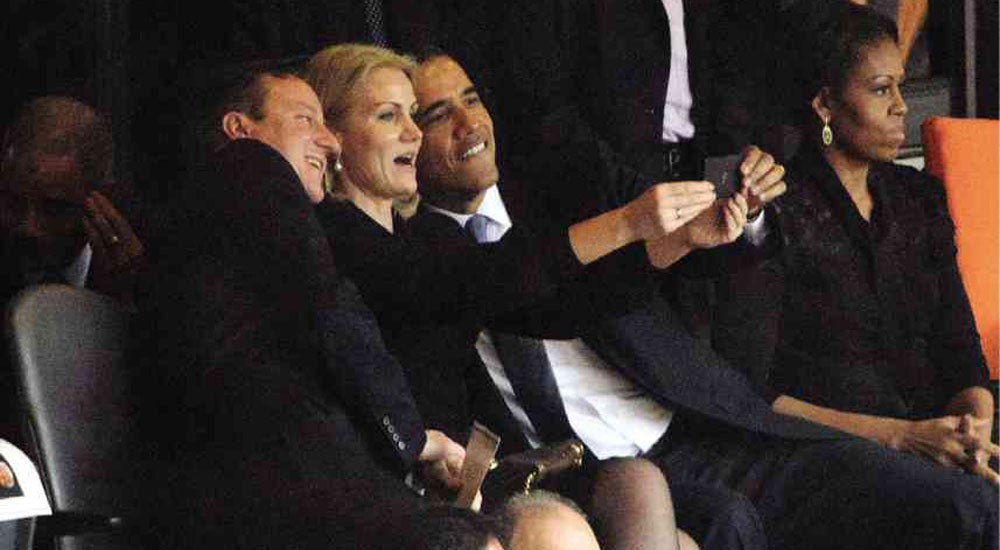 It was the year of the selfie

We’re not done with 2013, not just yet, as we look back on style stories and images that are—good or bad—indelibly inked in our memory.

In a couple of days, the awards season begins with the Golden Globes (Monday, Manila time). At about this time last year, Hollywood anointed America’s new sweetheart in Jennifer Lawrence at the Oscars, who won her first statuette in a glorious pale-pink Dior. She tripped up on its hem on the way to the stage, but the mishap made it all the more memorable.

On the recent promo tour for her new film, “American Hustle,” J Law debuted a new ’do, her long tresses radically shorn to a pixie cut that had fans clamoring for cropped hairstyles. In fact, other big celebrities also wore their hair buzzed in 2013: Anne Hathaway, Charlize Theron, Jennifer Hudson, Lena Dunham, and pop star Miley Cyrus, the girl who was up in the running versus the Pope for Time Person of the Year.

In fact, twerking Cyrus ruled 2013 in some polar-opposite style choices: from latex bikinis to cartoon-tongued leotards and near-naked costumes that sent social media in a frenzy; and on those days that she chose to clean up, some truly sophisticated  choices that had her reportedly lined up to grace the cover of Vogue.

The Vogue cover never happened, though, no thanks, they said, to the the pop singer’s outrageous antics, which didn’t sit well with a certain powerful editor. Neither Vogue nor Cyrus categorically denied that any such project was ever on the table.

Less controversial but perhaps just as notable were the sheer-trend offenders. Gwyneth Paltrow in Antonio Berardi at the “Iron Man 3” premiere comes to mind. The dress had sheer panels running down the sides that seemed to say, “Hey, I workout! I can go commando for all the world to see if I choose to.” There’s also the lesser-known Jaimie Alexander who wore a black Azzaro dress, with sheer panels running down the front and back, to the premiere of her movie, “Thor: The Dark World.” Like Paltrow, she wore nothing underneath.

In July, Kate Middleton gave birth to Prince George, the heir to the British throne, and everyone who  tuned in as the royals exited the hospital will remember her custom Jenny Packham baby-blue polka-dotted dress—a fitting nod, watchers said, to Diana’s own green polka-dot frock when she emerged from the same hospital carrying Prince William 31 years earlier.

The duchess was also praised for daring to appear in public still looking pregnant, in an age where celebrities typically shy away from media glare until they have shed all the post-baby weight. Of course, she would emerge once more, mere weeks later, back to her slim old self, flat tummy and all, with not a trace of the previous pregnancy.

The media was less kind to another high-profile personality, Kim Kardashian, who gave birth to her child with Kanye West, also in 2013. The reality TV star was fat-shamed throughout her pregnancy, with memes of her in a black-and-white dress side by side with Shamu the whale circulated on social media. Kardashian would have the last laugh when she posted a post-baby selfie (or belfie, as they call it—selfie shot of the back side) back to her old vavavoom form.

In fact, she graced the cover of Carine Roitfeld’s CR Fashion Book, while pregnant, photographed by Karl Lagerfeld.

Kim and Kanye Kardashian, who got divorced and engaged in 2013, will also be remembered for that tragic floral Givenchy dress at the “Punk: Chaos to Couture” gala at the Met Museum. Robin Williams famously tweeted a photo of Kanye’s then-pregnant girlfriend next to his “Mrs. Doubtfire” character, with the caption, “I think I wore it better.” Which was funny, considering West, in one of his famous rants, claimed his girlfriend had more fashion cred than Michelle Obama.

The year 2013 will also be remembered as the year Marc Jacobs left his creative director post at Louis Vuitton after 16 years, to concentrate on his eponymous label (which also announced its IPO). He is credited for turning the once-dusty French house into a desirable label aspired to by markets across the globe.

Nicolas Ghesquiere, LVMH would later announce, is taking over Louis Vuitton, after leaving Balenciaga, which in turn hired Alexander Wang. It was also the year when Jil Sander left her namesake label—for the third time.

On the local front, SM scored a coup when it bagged Sarah Jessica Parker, a celebrity with true fashion cred, as the face of the revamped SM Store. The “Sex and the City” star graced the opening of the chain’s upmarket SM Aura Premier.

After Carrie Bradshaw, the mall chain brought in top British model David Gandy as the face of SM Men’s, and famous fashion blogger-photographer Scott Schuman (The Sartorialist) to shoot its campaign for a new fashion wing of SM Megamall, set to debut in the coming days.

In September, designer to the stars Randy Ortiz staged his gala show marking his 25th year in fashion. The glitzy affair brought together Ortiz’s muses, popular faces in fashion and entertainment, and showcased his mastery in menswear tailoring and timeless eveningwear.

Overall, there were no major breakout fashion stars in 2013, meaning, Anne Curtis remained the celebrity to beat when it came to selling fashion glossies.

The past year was no doubt also the year of the selfie, and Instagram was its perfect vehicle. It was where stylistas and wannabes indulged their inner supermodels, posting their outfits of the day (#OOTD)—hashtagged, and each piece of clothing itemized by brand, naturally, just like in the pages of a fashion magazine.

This isn’t a short-term trend, though. We’re willing to bet selfies and #ootds will continue to hound us throughout 2014.