Finding her speck of dust in the universe | Inquirer Lifestyle ❮ ❯ 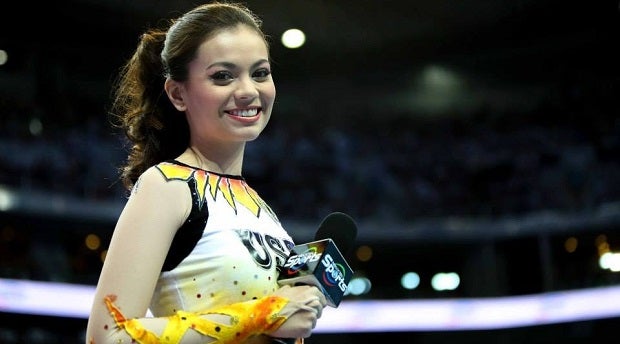 Finding her speck of dust in the universe

MANILA, Philippines — She may look glam and fab, but there is more to her than what meets the eye.

She has graced print ads after being selected as one of the models of a cosmetics line, but Kristelle Batchelor is one biscuit who was molded from a different cookie cutter.

The 19-year-old Journalism student from the University of Santo Tomas only acted on the spur of the moment that proved to be her biggest modelling gig, but she kept her focus on her true passion.

“I only saw the model search on a blog, I personally use the product and I submitted since it only required a photograph that would be uploaded to their Facebook page,” the third year college student said.

Batchie, as people close to her call her, is the Special Reports editor of The Varsitarian, the official student publication of the University of Santo Tomas.

She was accepted on the paper on her second-year of college and started as a Special Reports writer then moved up the ranks on the next year, a rather ironic aspect of her self-proclaimed pink and feminine world.

“I feel that I can balance what I do with my studies and my work here in The Varsitarian since now that I’m an editor, I don’t have to cover or interview more compared to when I was a writer,” said Batchie, who initially wanted to be in the Features section of the paper because of her sassy nature.

On top of everything, she is the current courtside reporter of UST for the 76th season of the University Athletic Association of the Philippines covering the just-concluded basketball tournament and the on-going women’s volleyball tournament.

Modelling never came to Batchie’s mind, but she took the chance as she liked challenges as much as she liked her food.

“I never really wanted to be a model, I’m not the one who likes to emote in front of a camera, I just joined the model search (of the cosmetics brand) because I will do things that can help me in whatever possible way,” she said after getting into the top three of the model search.

She added that she would still work with the company despite not being awarded with a modelling contract which was only awarded to the top two models.

Despite being a part time model, Batchie excels in what other young women of the profession would veer away from—eating.

Barely standing five feet, she would gladly ditch high heels and make-up and head to the nearest buffet.

On the announcement of winners of the model search, pizza was delivered on the venue and she said that she could have easily downed a few boxes all on her own.

“Only a few people have seen me pig out, most are from The Varsitarian, my fellow courtside reporters have never seen me pig out since we don’t go out together much,” Batchie said.

As for holding her public image, she said that she is very shy and sometimes she would be viewed as a snob.

“One time while I was walking in Dapitan, someone called me but I’m very shy and all I could manage was a smile, when I got home that person mentioned me on Twitter and called me a snob.”

Even her fellow courtside reporters have observed that the she would rather keep her head down while the cameras are not rolling.

“Kristelle to be honest was really shy in the beginning,” said Bea Fabregas, Batchie’s “mommy” in the UAAP courtside circle.

Fabregas said that she once told one of their bosses that “Kristelle is so shy” without realizing that Batchie was in the same room as hers.

“She’s so shy but don’t be fooled by her silence because she is really intelligent and she’s a quick learner,” the two-time University of the Philippines courtside reporter said. “She’s also very open to pointers and tips.”

Into the world of the hardwood

Batchie admits that she is never a sport-loving girl, and she only pursued the the courtside gig after she was not selected on a Yahoo! reporters search that she joined on a whim.

“When Yahoo! opened the search for their own reporters, I did not know anything about sports, I just wanted to report,” Batchie said. “Unfortunately, I was not picked then I told myself ‘I will go for the real one in ABS CBN.’”

She said that her only goal when she joined the UAAP courtside search of the televesion network, she was in it because she can report and use her journalism skills, she never thought of it as a way to popularize herself.

“It’s ironic, I’m not after the popularity (that UAAP would give to me), all I want is the challenge,” said the student-writer. “I like challenges that’s why I do anything.”

And that irony has given her the longest tenure that a UAAP courtside can get, reaching Game 3 of the basketball finals.

The Finals series proved to be her defining moment as a courtside reporter.

For a rookie reporter, reporting on the biggest stage with 20,000 screaming fans could easily send jitters down anybody’s spine, but not hers.

“It (the Finals) served a good purpose for me despite the loss, I became more confident in terms of my reporting since I’m only a rookie and yet I get to cover the Finals,” Batchie said, shrugging off the loss of the UST Growling Tigers to the De La Salle Green Archers.

“I think she did an excellent job because reporting for the finals in your first year is no joke and it’s definitely not easy,” said Fabregas.

In contrast to the bad blood that brew between the two basketball teams, the UAAP basketball finals was the venue of the friendship of Batchie and her counterpart Ina Ongsiako of DLSU.

“There was a bond with Ina because we were the first game of the season and we were the ones who went to the finals,” Batchie said. “And we were sentimental on that part.”

“There is a bond definitely! I’ve covered games with Kristelle more times than I covered with anyone else because of the finals during the basketball season” Ina said. “I’m always excited to see her both inside and outside of games.

If the bond they built in the UAAP basketball tournament was not enough, Ina even helped Batchie during the Philippine Collegiate Champions League.

Batchie was not only a fellow courtside reporter for Ina, but she was also a pseudo-mentor for the young La Sallian.

“All throughout the season, she has been someone I can turn to to help me out with my reports. I respect her and her work so much and I’m sure that she’ll go far in whatever she pursues.”

Though she reached the UAAP finals with a La Sallian, Batchie is closest to her Atenean counterpart.

“Kristelle and I were buddies since day one of the auditions, so we panicked at the same time, became paranoid at the same time and became jubilant at the same time when he heard the news,” said Tricia Robredo who is the courtside reporter for the National University Bulldogs despite coming from another school.

Tricia said that she and Batchie experienced the same criticisms but they always encouraged each other to do better.

“I’m closest to Tricia since we were audition buddies and we followed each other on the auditions,” Batchie said.

“She always reassures me and cheers me up,” Tricia said. “I think she’s a go-getter. She goes after what she wants and really tries to succeed in it.”

After the painful basketball loss, Batchie has moved on and is now with the UST Growling Tigresses in the UAAP women’s volleyball tournament.

“I miss the games that we (Tigers) had but I’m enjoying the relationship I’m building now with the Tigresses,” said Batchie who only showed her food-lovers side, outside of her Varsitarian circle, during team dinners with the Tigers.

Batchie purposely entered UST because of the student publication after taking part as a fellow of Inkblots, The Varsitarian’s nationwide campus journalism fellowship held annually.

As faith would have it, the girl in the fellowship became part of the sole group that conducted the project.

Batchie got into The Varsitarian during her second year in college, relatively earlier as most Varsitarian staff get into the paper on their third year.

But she would not be so lucky on her destined section as she was put into the Special Reports section instead of her preferred Features section.

The Special Reports section of the student publication is considered as the most-labor intensive section of the paper as it delves deeper into politics and interviews bigger personalities.

A year later she was promoted as an editor, though she did not take it lightly as others who get promoted might feel.

“I still want to be in the Features section because I like profiles and light stories, but I’m happy here in my section,” said the editor who goes by the column name of Fairfarren, a greeting in Alice in Wonderland.

Despite her multiple commitments, Batchie never forgets her true calling and her writers.

“Batchie as an editor, is both sweet and strict, she’s really close with us here in SR,” said MC Rodolfo, her classmate and at the same time her writer.

Under that sweet persona and girlish attitude, Batchie would be frank with her writers regarding their articles but she never forgets to congratulate her writers on a job well done.

“Despite her busy schedule, Kristelle never fails to find the time to mentor and guide her writers, she is strict when she needs to be but she knows when to draw the line between work and friendship,” said Andre Santiago, her batchmate both in UST and in The Varsitarian.

“It’s good that I’m in Special Reports, it’s a different world…The Varsitarian gave me politics, issues, government, then the courtside gig gave me sports, and my modeling gave me lifestyle,” said the jill of all trades.