Take it from these stunners–a beauty queen’s biggest threat isn’t the other girl, but herself | Inquirer Lifestyle 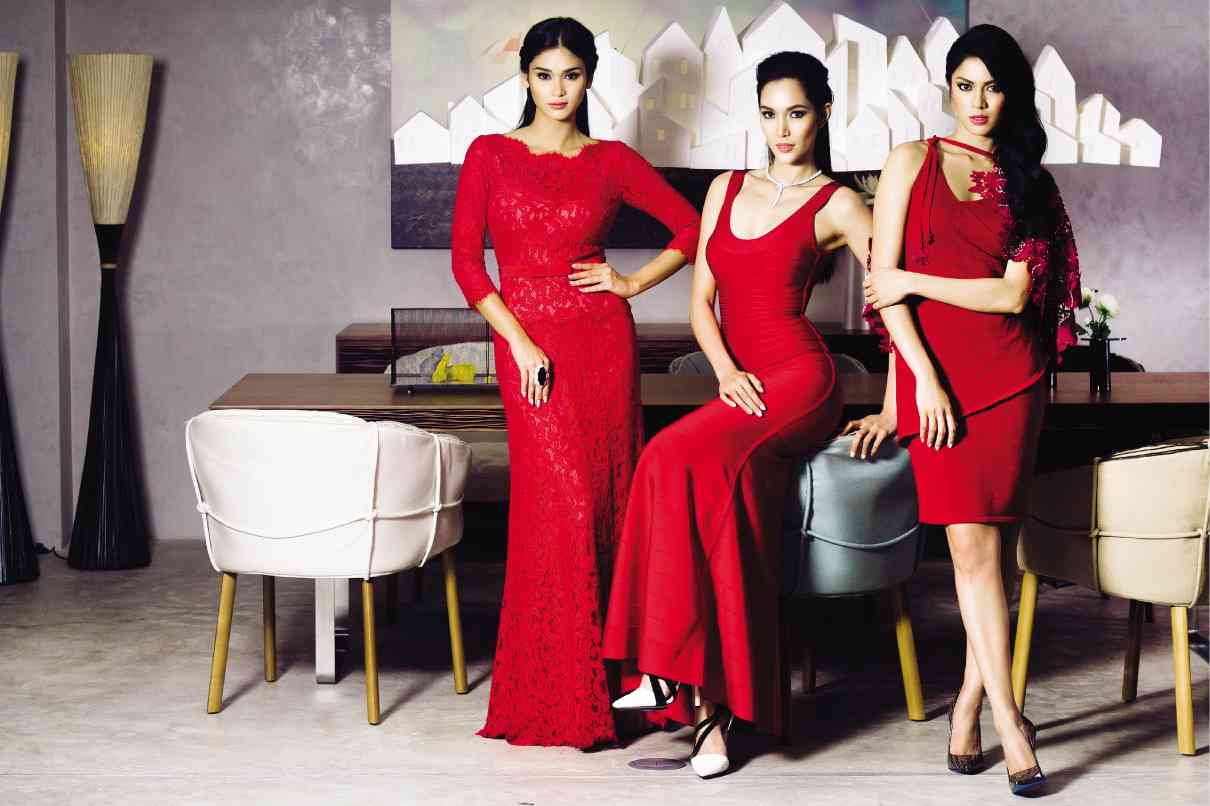 Take it from these stunners–a beauty queen’s biggest threat isn’t the other girl, but herself

She may not have bagged for the Philippines its third Miss Universe crown in Moscow, but Ariella Arida will long be remembered by Filipinos as one of the beauty queens who defined 2013, a banner year for this beauty pageant-crazy country.

And if Arida, who finished fourth to Venezuela’s Gabriela Isler, is the current face of Binibining Pilipinas-Universe, Pia Wurtzbach could be its future.

And she has her eye out on the Binibining Pilipinas-Universe crown, the most prestigious title up for grabs in the annual tilt. But Wurtzbach, 24, says she won’t feel disappointed should she win anything less.

“Hey, a crown is a crown,” she says. “I just feel my personality is more suited to compete in Miss Universe. They look for an all-in-one girl—photogenic, sassy, articulate and the ideal face for the brand. I think I’m pretty well-rounded and suited for that.”

Besides, what are the chances that the country would win back-to-back in either Miss Supranational or Miss International? Very slim, she says.

“We haven’t won Miss Universe for 40 years and counting,” she adds. “For me, it’s the ultimate prize.”

Wurtzbach, a.k.a. Pia Romero, believes that her background as an actress has helped a pageant virgin like her go this far.

Jonas Gaffud, head honcho of Aces & Queens, was instrumental in Wurtzbach’s decision to give beauty pageants a try. She was shopping with a friend at Greenbelt sometime in 2012 when the modern-day Pygmalion spotted her.

“I would have probably joined earlier,” she says. “But I didn’t know whom to approach. I know it requires a certain training to be a beauty queen.”

As contract star of ABS-CBN, she’s been the family breadwinner since her Filipino mother and German father separated when she was 11. Her dad recently passed away, while her mom, who remarried an Englishman, is based in London with Wurtzbach’s younger sister.

“Although it was my first time to join a beauty pageant, I already knew my angles,” she says. “I’m totally comfortable in front of the cameras. I’m also used to answering all sorts of questions.”

But Wurtzbach says playing other characters proved to be much easier compared to presenting herself onstage in a two-piece swimsuit.

“With pageants, you are yourself. And one of the hardest roles to portray is yourself. When you start asking yourself such questions as am I good enough, will people like me, that’s when insecurities step in.”

Unlike Wurtzbach, Arida, a BS Chemistry graduate from the University of the Philippines-Los Baños, was a virtual unknown when she joined Binibining Pilipinas. But like almost every aspiring beauty queen, she had bouts of insecurity even up to the initial phase of Miss Universe.

But before the first week was over, her training and self-confidence began to be felt. It also helped, she says, that most of the girls, particularly the Latin beauties from Panama, Spain and even Venezuela, were very friendly.

“Even in competition, it was still possible to make friends,” she says. “A good number of the girls were just being their casual selves. By the end of the first week, I allowed myself to relax and have fun.”

Arida, 25, was aware, however, that expectations were high. She wouldn’t want to break the Philippines’ “winning streak” of landing in the Top 5. She was the last to make it to the Top 16 supposedly on the strength of fan votes.

“There were still plenty of beautiful girls left,” she says. “Russia, the hometown girl, and Poland, one of my personal favorites, hadn’t been called yet. And there was only one spot left. If there was one point when I really felt the pressure, that was it.”

When we tell her that many believed she could have gotten in through her own merits, the Laguna native couldn’t care less.

“It doesn’t matter how I got in,” she says. “What’s important was I was given the chance to show what I’ve got. As soon as I was called, I promised myself to give it the fight of my life.”

Just like in the case of Venus Raj three years ago, the entire country waited with bated breath for Arida to break into the semifinals. Videos of Miss Universe viewing parties uploaded on YouTube show Filipinos erupting in screams and applause as the Philippines was finally called.

“Had I not made it, I would have probably cried big tears talaga,” she says. “Joining pageants isn’t easy. Future aspirants should also focus on personality development.”

Take it from Arida, a beauty queen’s biggest threat isn’t the other girl, but herself. That’s why it’s important, especially when you join international beauty pageants, “to know who you are.”

“There are plenty of pretty faces with sexy bodies out there,” she says. “Physically, you’re all competitive. Knowing yourself well would set you apart and make you stronger. If your foundation isn’t strong and your self-esteem is low, you’d lose yourself. You’d get swallowed by the competition.”

Arida’s Binibining Pilipinas ends in September. She has no clear idea yet what to do after her reign.

When we mention that she’d be perfect in a shampoo commercial, she lets out a laugh: “That’s my wish. Could you please bring it to their attention?”

Unlike past Miss Universe runners-up like Raj, Shamcey Supsup and Janine Tugonon, she did away with a homecoming motorcade. Instead, she buckled down to work with fellow Binibining Pilipinas winners in helping pack relief goods for victims of Supertyphoon “Yolanda.”

“Parang ang hirap naman magsaya (it seems inappropriate to rejoice) when others are suffering and busy with relief operations,” says Arida, who competed in Miss Universe a day after Yolanda hit the Philippines. “It was perfectly okay for me to miss out on all the fanfare.” Alex Y. Vergara