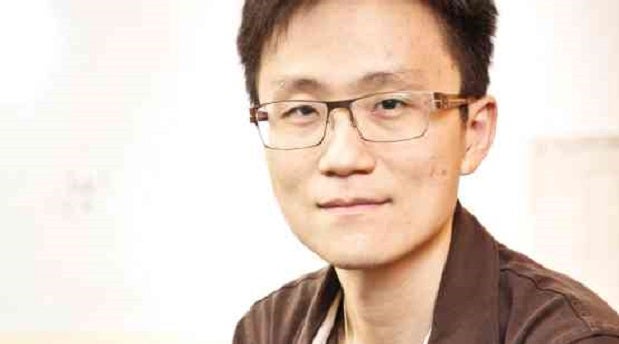 The legend of Scheherazade is about a woman who had 1,001 tales to keep herself alive. Eventually she gave up and said she had no more stories to tell. But, by then, the king had fallen in love with her—thus sparing her life.

If Scheherazade had access to a computer and Wattpad, she could’ve gone on and on to tell never-ending tales, seeing how many stories there are on Wattpad’s servers.

Wattpad is an online reading community where you can access stories submitted by users around the world. It’s like a free online library. Its popularity has grown so much here that one of the users, who goes by the moniker “HaveYouSeenThisGirl,” has had her series, “Diary ng Panget,” published by Psicom.

She’s not the only one. Other users have received rave reviews for their stories, prompting local publishers to turn them into paperback reality.

Last year, Wattpad CEO Allen Lau dropped by the Manila International Book Fair where he was overwhelmed by the warm Filipino welcome during the Wattpad meetup. Super sat down with Lau to ask him about Wattpad’s origins, why it’s so popular among Filipinos and how it enables anyone to become a writer.

You were here last year for the Manila International Book Fair. What was it like?

It was a fantastic experience. This was the first time Wattpad had a presence there. We had a panel discussion where we invited a number of really popular Wattpad writers to share some of their experiences on Wattpad. For example, one of our most popular writers, “HaveYouSeenThisGirl,” has a book published by Psicom. It’s turning into a movie. On Saturday we hosted a Wattpad user meetup; we rented a room at the convention center. We were expecting about 300 people, but to our big surprise, over 600 people attended! It was completely out of capacity, we actually ran out of food. We’re really sorry about that! Our fans were so forgiving though, because they had a chance to talk to their favorite writers in person.

How and why did you start Wattpad?

A long time ago, I was into biographies and autobiographies; this was one of the reasons I started Wattpad. I wanted to bring my reading material with me all the time because I was so busy. And if I could read the books I wanted to read on my mobile, that would be great.

What else do you read?

At that time, I was into fiction, too. After starting Wattpad, my personal interests have expanded as well; I would spend more and more time reading science fiction, lighthearted urban fiction, and I was starting to read romance stories as well. There are so many romance stories on Wattpad and I wanted to understand what Wattpad readers are reading. Lately I have been reading some fan fiction as well.

Have you attempted to write a story yourself?

Yeah, I attempted to write my own story, but I have to admit I’m not a very good writer. But that’s OK, that’s what Wattpad is all about. You don’t have to be a professional writer to be part of it. Anyone—as long as you can write— can be part of Wattpad. I’ve been trying to write some poems and short stories. There’s one thing I’m trying to write right now, I haven’t posted it on Wattpad yet, which is the Wattpad story itself, because a lot of people ask me how I came up with the idea. I think it’s a very interesting story, so I’m in the process of writing it down.

Did you expect Wattpad to become this huge?

I think the answer would be yes and no. Entrepreneurs are always trying to dream big, trying to think about how we can change the world. I think when we first started, we were thinking to have millions of users. So from that perspective I don’t think we were surprised. That being said, when you have virtually no user yet and are  just dreaming of millions of users versus when you already have millions of users—the feeling is very different. I’m enjoying every moment, it’s amazing.

How many users does Wattpad have now?

Wattpad has a mix of professional and nonprofessional writers; who was your first published author who became a Wattpad member?

The one I would highlight is Margaret Atwood. Margaret is probably not the first one but definitely the first really famous writer to join Wattpad. She joined about a year and a half ago, and as you may know, her book, “The Handmaid’s Tale,” sold over 30 million copies. She’s written over 20 books, plus poems. Originally, she posted some poems and she loved Wattpad so much that she wrote a Wattpad exclusive zombie story—her first zombie story ever, which was hugely popular on Wattpad.

I think the traditional book publishing industry is only catering to writers who would like to monetize their work. But writing is human nature; there was a survey 10 years ago done by The New York Times and the result was that 81 percent of Americans would like to write a book in their lifetime. Though the survey was exclusively for Americans, I think this “writing a book in your lifetime” sentiment is quite universal. When I talk to other people from other countries, they say the same thing. If you ask those survey responders, most of them don’t care about making money or wanting to make money. The No. 1 motivation for those people would be writing a book that can be shared and read by many other people, and I think Wattpad is providing a platform for that.

What happens when a Wattpad story gets picked up for publication?

It’s up to the publisher to some extent because when the stories are published, the copyright license is given to the publishers. Some publishers choose to remove the content, but increasingly, we are seeing them change this behavior because they’ve started to realize that having some free content, perhaps the draft mode of the published book, doesn’t quite cannibalize the sales. In fact, it’s actually helping from a marketing perspective; it’s quite helpful because marketing is very expensive, and the cheapest and easiest way to market is to use content.

How do you settle plagiarism disputes?

A few examples would be people who would take popular books like “Hunger Games,” “Harry Potter” or “Twilight,” and upload these as their own writing. We actually work with a lot of publishers; they give us the metadata, and when we detect that people are uploading copyright-infringing material, we would be able to block the upload to prevent people from uploading pirated content onto Wattpad. There’s another issue where people may plagiarize from other Wattpad users, and that one is a little bit harder to detect automatically. Fortunately, we have a very passionate community and when they see problems like these, they would report to us and we would investigate and remove the inappropriate content.

How does one’s story get discovered on Wattpad?

We see a lot of uploads, so helping those stories to be discovered is a very important aspect of what we are doing. Just to share some numbers: Every month we are seeing about 2.5 million uploads from our users, and that’s roughly equivalent to one upload per second. Each upload is one part of a story because most of our users would upload chapter by chapter. So, back to discovery, what we do is when a new user is on board, we ask that user questions like what type of books they like, and then, based on their personal tastes, we can personalize recommendations.

Apart from “HaveYouSeenThisGirl,” what other success stories do you have?

We have a few hundred Wattpad writers who have over 100,000 followers on Wattpad. A very significant portion of that is Filipinos. The Philippines is our No. 2 (market), just behind the United States, so roughly 15 to 20 percent of our traffic is coming from the Philippines. We have lots of success stories by Philippine writers, who have been published either by Psicom or Summit.

What tips do you have for Wattpad writers who want to have a big readership?

There’s no magic formula. In a way, the best story or the one that really resonates with readers will automatically go up in ranking. We are not the one deciding which stories should be popular or not popular; the power is with the readers. If they like the story, the readers would vote on the story and it would become popular. It’s very democratic.

Visit Wattpad at www.wattpad.com. Download the free app on the AppStore or Google Play.