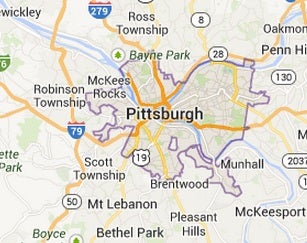 PITTSBURGH — The last U.S. orchestra to perform in Iran is considering what would be a groundbreaking return this year.

The Pittsburgh Symphony Orchestra visited Iran a half-century ago. The Pittsburgh Post-Gazette reports that orchestra officials and the American Middle East Institute are in talks with Iran about a potential trip in September. But many hurdles remain, given the countries’ history of strained relations.

“They still have a lot of details to work out, but we’re going to stay in close touch with them as this goes forward,” he said.

Officials from the orchestra, which performed two concerts in Tehran in 1964, and institute representatives plan an advance trip to Iran next month during the country’s Fajr International Music Festival.

Institute president Simin Curtis said if the tour happens, “it will be a sensation.”

“A symphony orchestra can accomplish historic symbolic breakthroughs in the form of these kinds of missions of cultural diplomacy,” said Robert Moir, the Pittsburgh symphony’s senior vice president of artistic development and audience engagement.

The orchestra would be interested in playing music by Iranian and American composers and performing alongside Iranian soloists, Moir said.

Moir said securing an invitation from the Iranian government and security issues are among the institute’s considerations.