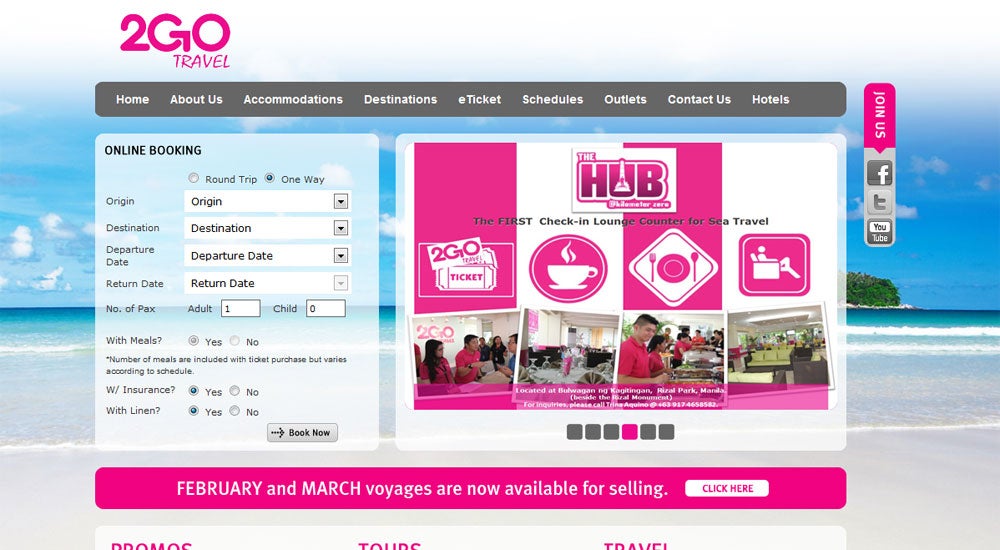 MANILA, Philippines – Tourists waiting to set out to sea are in for a five-in-one treat before they do.

Over at the Rizal Park in Manila, a lounge, café, bar, restaurant and ticketing office opened recently to provide comfort and convenience for those wanting to unwind and experience good food and drinks while waiting for their shuttle bus that would bring them to the port.

The Hub Bar and Café at Kilometer Zero, which caters primarily to 2GO passengers, is also open to hosting events and was built to attract tourists to Rizal Park, said Stephen Tagud, vice president of one of the sea travel carriers in the country.

“The visitors that would come would be aware of the Philippine destinations,” said Tagud at Friday’s opening.

At the heart of The Hub are two experts in gastronomic indulgence.

Daniel Slakmon, who has worked in famous international cruise ships, trained the baristas that will run the café and is in-charge of the beverage part of the menu. All 25 cocktails in The Hub’s menu are Slakmon’s concoctions.

Before working for 2Go, Slakmon was part of Princess Cruises for eight years.

College of Benilde-trained Jonathan Landingin is the executive chef who is expected to whip up a feast that includes favourite Filipino dishes prepared by the American Hospitality Academy.

One of his food innovations is the “inasal sandwich” which is a variation of the chicken inasal of Bacolod.

The Hub is managed by 2GO Travel, which claims to be one of the largest, premier land/sea-travel provider in the Philippines.