Forecasts in the Year of the Wooden Horse | Inquirer Lifestyle ❮ ❯ 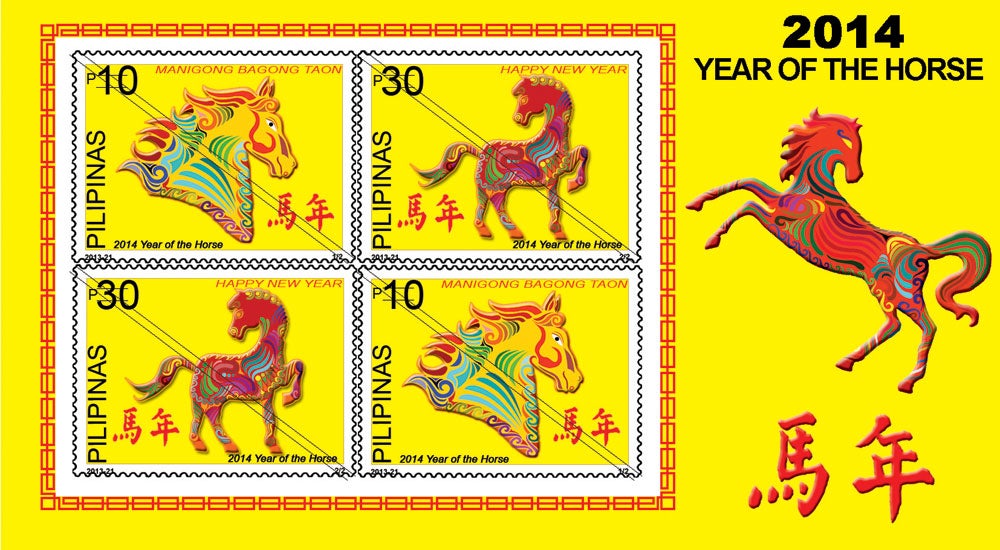 PhilPost Year of the Wooden Horse souvenir sheets, which are sold at P80 each. PHOTO FROM PHLPOST.GOV.PH

Forecasts in the Year of the Wooden Horse

MANILA, Philippines—Some Filipinos will be luckier than others in the coming Year of the Wooden Horse.

There are many unlucky stars gathered under their sign. Financially, it is neither too good nor too bad. In love affairs, this is one of the romantic years.

On love, they will get along well with the others due to the existence of the lucky star shining upon the Goats. Romantic sparks are ignited easily.

In love, the romantic star is dim. They won’t have too much luck in love affairs and it is quite difficult for them to attract and impress others.

On love, this will be a very romantic year. Roosters can get along well with the opposite gender with a relationship that is enriching and exciting.

In love, this is a fortunate year for Dogs. They will be quite attractive this year and they will have a busy social life with many activities.

Financially, luck is fair, neither too good nor too bad. Pigs will have many opportunities to earn money, more than the previous year. In love, this is a romantic year. They will be quite popular with the opposite sex.

Financially, it is a fluctuating year for Rats. They have to be extra cautious in handling their finances.

It is a romantic year for Oxen. They are filled with romantic sentiments and are very passionate in the pursuit of love, especially for single Oxen.

Financially, Tigers will be quite fortunate in money affairs, which is stable and shining. The busier they are, the better luck they will have.

In love, Tigers will have better luck in the first half than in the second half of the year.

Financially, money luck is smooth and better than last year. In love, the existence of the romantic star indicates that happiness is derived from joyous occasions and events.

Financially, Dragons won’t have too much luck but they will have a satisfactory income. In love, the romantic star is dim.

Financially, money luck is quite smooth this year. Business income is stable. In love, the romantic stars appear under the sign.